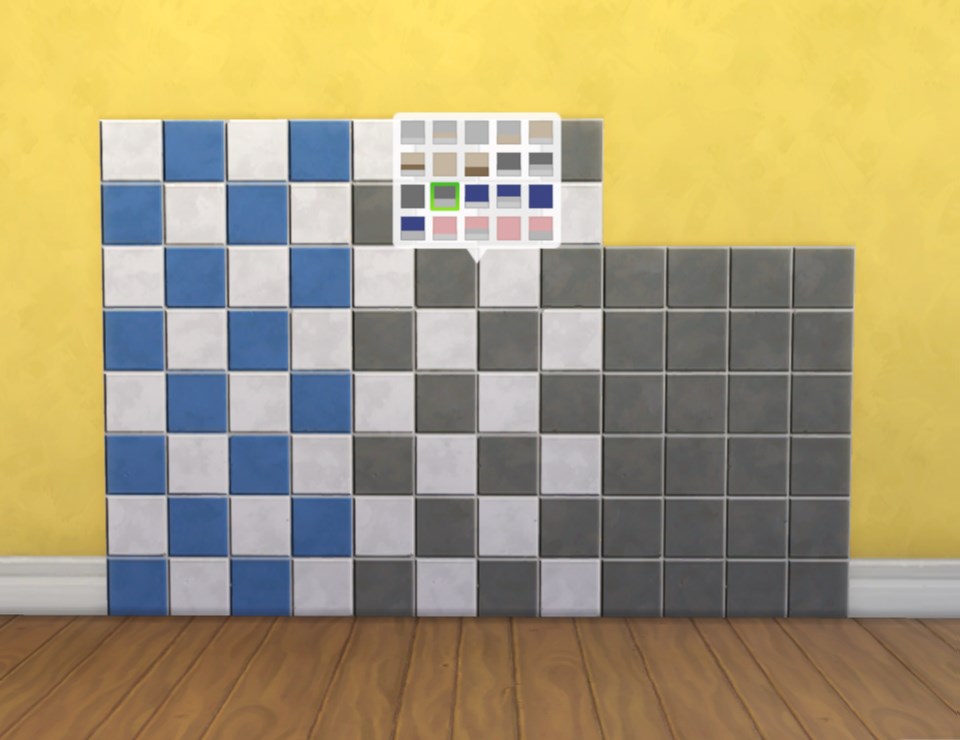 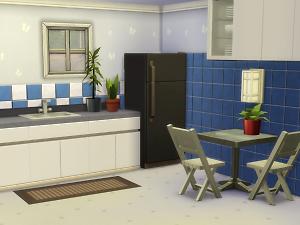 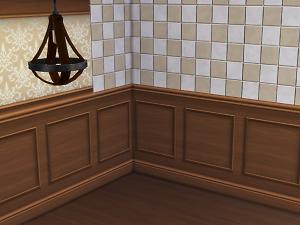 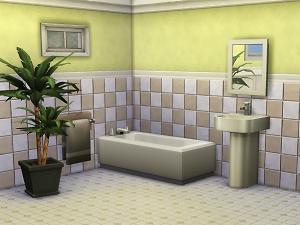 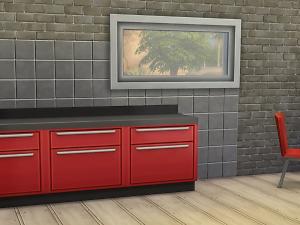 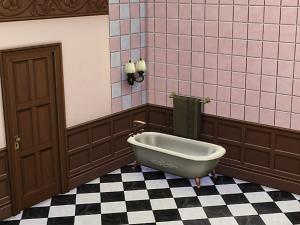 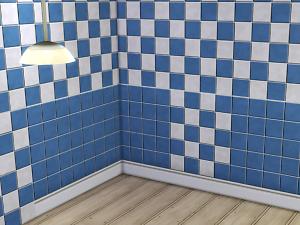 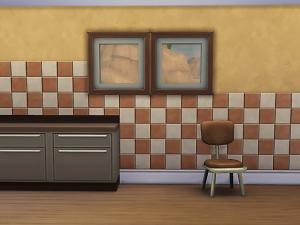 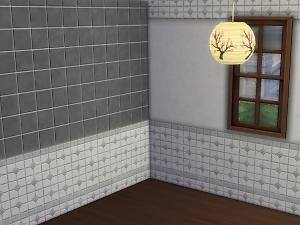 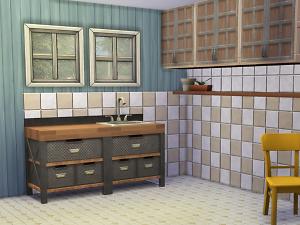 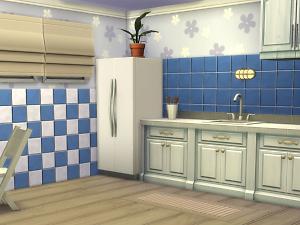 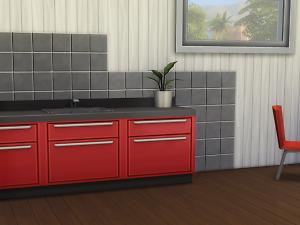 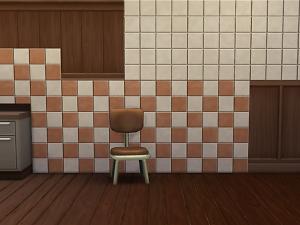 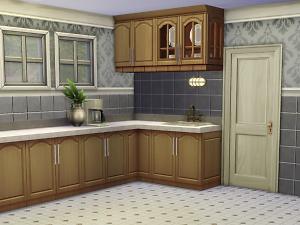 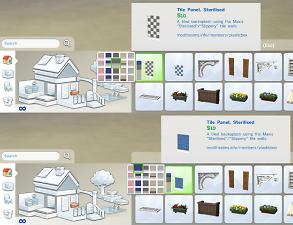 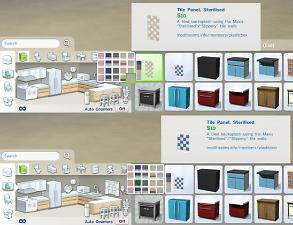 583 Thanks  Thanks     108 Favourited
These are tile panels ‒ objects, not wallpapers ‒ that use the Maxis “Sterilised”, “Slippery”, “King Me” and “Checkmate” textures (i.e. all of the plain and checkerboard tile walls, with and without baseboard). They can be put on top of any wallpaper wherever one is in need of a tiled backsplash, which is a lot more flexible than having to use a tile wallpaper that often won’t match the rest of the room.

Tile panels of the “Sparkling Speckled” and “Gristle Glue” walls are available here; “Plain Jane” and other small tiles are here All textures are referenced from the actual walls. The panels are rendered a little differently from those, because I can’t use the same shader -- but with the one I used (Cabinets) they still have seamless light reflections and will be evenly lit no matter whether there’s a counter in front.

They act like wall attachments and will intersect with other objects by default ‒ you don’t need to use bb.moveobjects for that. They place repeatedly like chairs, counters etc; all screenshots show default placement (without adjusting the height using 9/0, although that’s of course also possible). From the backside, they are invisible. They will drop with walls.

Available both in Build > Wall Attachments and Room/Function > Counters (since that’s what they are probably most often combined with), 10§ per panel.

Two of the low panels can be stacked to make a full height wall (for low rooms; I didn’t test other wall heights since I don’t often use them); note that when you do that there will a small gap (1cm) between the panels ‒ when using a wallpaper that is similar in colour as a background, that’s hardly noticeable in game though. See e.g. picture 06 for an example. (This is on purpose: I made them a tiny bit shorter than half the wall height because I wanted them to match the original walls exactly; if they had been 1,5m high that would have meant half a .. seam (or whatever the space between tiles is called) would have shown on the top end, which didn’t look good. So I shortended them by a little bit.). They can also be combined with all sorts of panel wallpapers (tile, wood ..) since those often have their panels at the same height as these.