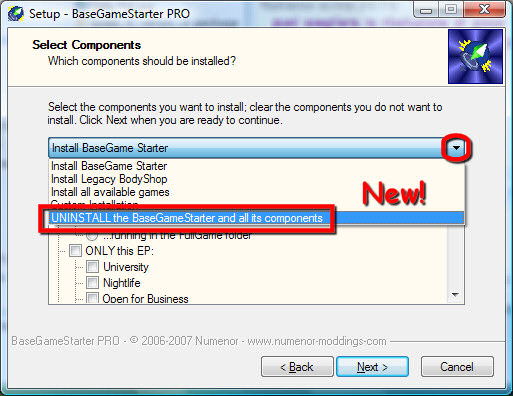 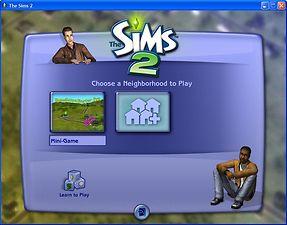 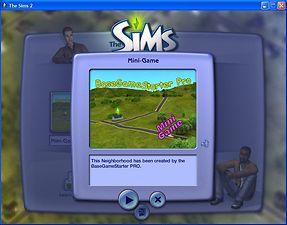 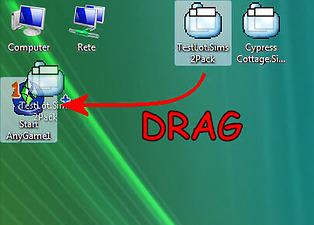 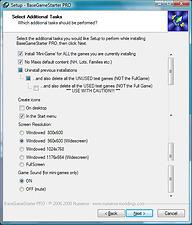 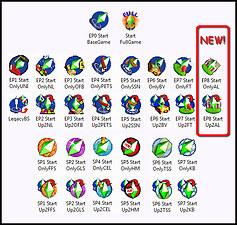 316 Downloads Quick download 523 Thanks  Thanks 109 Favourited 267,648 Views
Personal Picked Upload!   This is a personal favourite of the creator!

Created by Numenor View Policy / About Me View Downloads Home

BASEGAMESTARTER PRO
Get back you older games and BodyShop,
for testing purposes or nostalgic pleasures!

>>> ATTENTION <<<
After more than 2 years from its first release,

Its functions have been merged into the AnyGameStarter.
Please visit the AGS thread and read how to convert the old BGS games
into "PermaGames". No support is given anymore on the old BGS games.
This thread is being locked and archived for possible reference only.

Updated for Apartment Life (see "What's New" below for details) 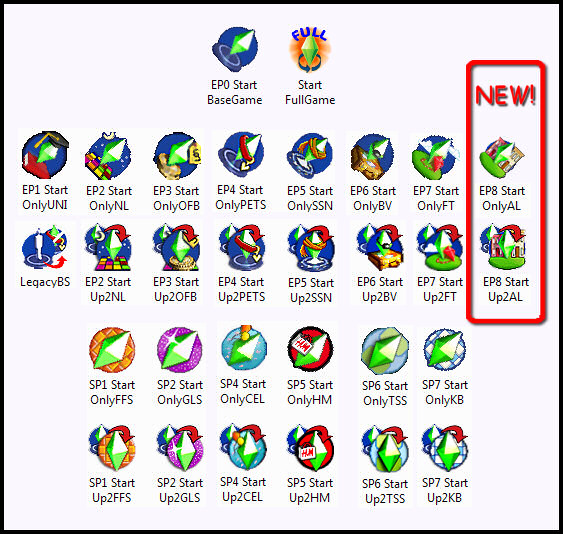 INCOMPATIBILITY WARNING
Tha BGS is known to malfunction if one or more expansions were
bought from the EA online Shop. There is not fix for this.


WHAT'S NEW IN THE LATEST VERSION

The BaseGameStarter Installer PRO lets you play the real base game even if you have installed some EPs. This is useful to modders, to test their base-game compliant objects; or to build lots that don't require all the EP's; or to create a second separated "full" game (so to have multiple "themed" games: one medieval, one futuristic etc.); or just to feel again the thrill of your "first time" :D

In particular, using the BaseGameStarter PRO you can run:This is valuable if you, for instance, want to test an object you have created to see if it works with a specific EP; or to create a lot compatible with a lower game (without the BaseGameStarter, if you create a lot containing only base-game stuff, it will still require *all* the EPs! But if you create alot using, for instance, the "OnlyOFB" game, it will require *only* OFB, and *not* UNI, NL, FFS, GLS or Pets).
In a similar way, the Legacy BodyShop is useful if you have Pets and you want to test if your stuff works fine with *all* the games, and not just Pets.

IMPORTANT: When you start a test game, keep at hand the original CD for the chosen game! It is required for the game to run.
If you start, for instance, a "Up2NL" game, you will need the Nightlife CD.
HINT: when you insert the CD, the autorun will try and run the game, but you'll get an error. You need to prevent the autorun, or at least double-click on the "Start (game)" icon before inserting the CD.

Download the attached "BaseGameInstallerPRO_Setup.zip" and unpack it to your desktop; double-click on the installer to start the installation procedure.

After admiring the cool graphics of the installer

you will be give the chance to choose what test games you want to install.

You can either select one of the pre-made configurations from the drop-down menu ("Install BaseGame starter", "Install Legacy BodyShop", "Install all available games" or "Uninstall the BGS and all its components"); or you can manually select the install options that you like from the list (NOTE: the list will show ONLY the options available for the EPs that you have installed; if you don't have Pets, you won't see the "OnlyPETS" and the "Up2PETS" options). 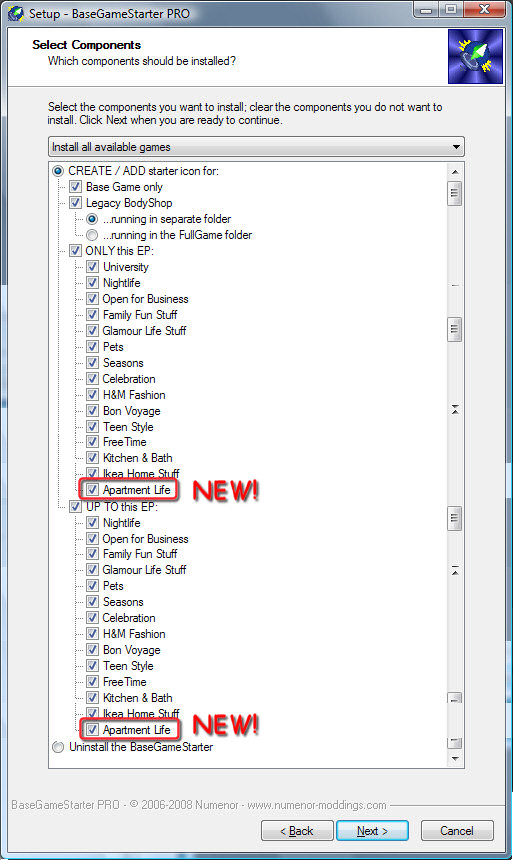 The install options are:Lastly, the option "Uninstall the BGS and all its components" is alternative to any other installation option; its purpose is to completely remove any trace of the BGS from your computer.


When done with the main option panel, click "Next" and you will see a second option panel: 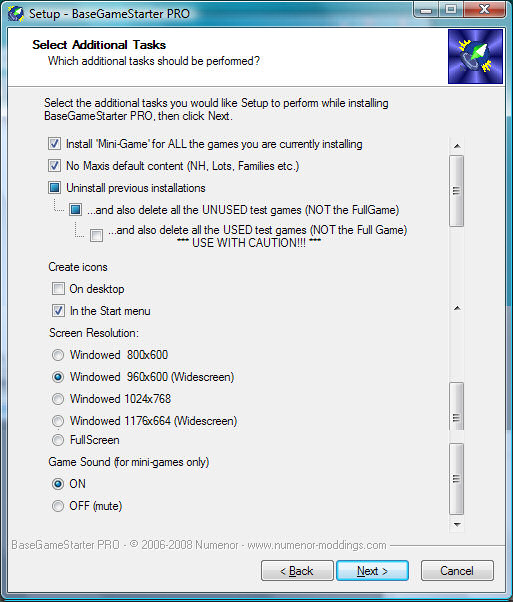 Here, you can choose some additional tasks:

When done with the additional tasks, click Next and let the installer do its job; read the messages (if any) and confirm when requested. At the end, you will find the desired icons on your desktop (and/or in your Start menu), that you can use to start the game in the selected "test mode".

HOW TO UNINSTALL THE BASEGAMESTARTER
All the uninstallers usually delete only the files that were created by the installer itself; therefore if you want to completely remove the BaseGameStarter, without leaving any trace in your computer you can't just use the Add/Remove feature in the Control Panel: instead you have to run the installer again, and choose the option "UNINSTALL the BaseGameStarter and all its components" from the drop-down menu. Then proceed, confirming each step without changing the options.

The "Full Game" icon: you can always start the normal game by clicking the same icon you have always used; but if you use the new "Full Game" icon, the program will check if the folders are correctly named and if everything is ok for the full game to run. I strongly suggest to run the full game by using the new FullGame icon.

The mini-games can be started even if there are opened windows and files: the folders are not renamed any more, and therefore keeping a folder open is not a problem for the BGS.

The first time you run a test game, a new environment will be created for your base-game (it may take a couple of minutes): an entire "The Sims 2" folder will be created anew in your documents folder.
If you have chosen to install the "Mini Games", the resulting game folder will be much smaller (an average of 200 Mb per game will be saved).

The Legacy BodyShop, by default (but you can change this), runs in a folder of its own; therefore, you have to manually move the items you create with the LegacyBS to your "Full" game folder, when you are done. The LegacyBS folder is located at (Documents)\BaseGameStarter\LBS. While installing, you can choose to force the LegacyBS to run into the "FullGame" folder: if you choose this option, you don't have to copy any file into the LegacyBS folder (that does not exist, in this case).

TROUBLESHOOTING: IF YOU HAVE PROBLEMS, READ HERE

Whenever a problem occurs, the first thing to try is to RUN THE INSTALLER AGAIN: this will automatically fix most of the problems. If the problems persist, restart your computer after running the installer.

With the new BGS code, it's very unlikely that you will get any error; but in this case, READ THE ERROR MESSAGES: they will explain you what's wrong and what to do.

FAQ: "Where is my 'full' game?!? Is it lost??????" - Don't worry, the BaseGameStarter NEVER deletes anything from you Full game folder. Your "full" game is there, but you can't see because the Windows registry is not set correctly. Running the Installer and then restarting the computer will likely solve any problem.

You still can't solve your problems? I will help you!

Post a description of your problem in this thread and attach your entire (Documents)\BaseGameStarter\AppFiles folder (zipped!

). Please do NOT post the entire BaseGameStarter folder! I only need the AppFiles folder!