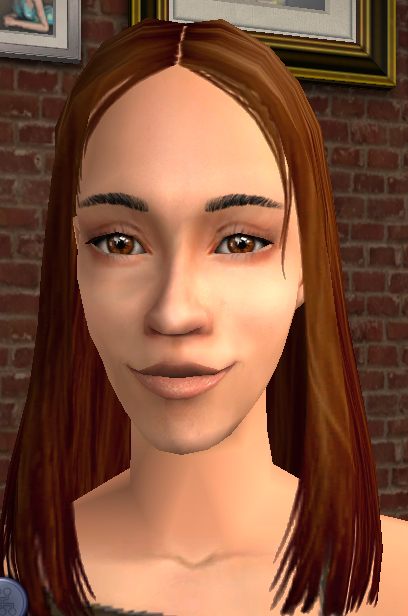 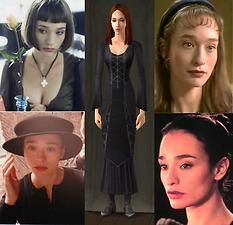 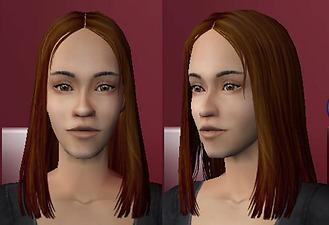 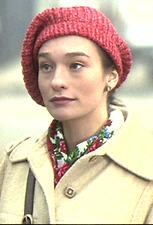 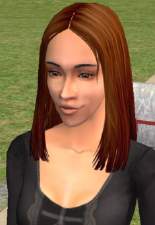 This is my attempt at Elina Löwensohn, a Romanian film actress who has appeared in many of independent films and a few major ones. She’s worked with fellow actors Peter Fonda, Martin Donovan, Jennifer Connelly, Courtney Cox and Jude Law. She first turned up in the Hal Hartley film “Simple Men” (and proceeded to work with him in another feature, “Amateur”, a short “The Other Also” and his stage play “Soon”). But in 1994, she took on a memorable role of the title character in the film “Nadja”, the daughter of Count Dracula. She would later play opposite of the role as the character of Anne Levels, a possible victim of modern vampire Steven (played by Jude Law) in the movie “The Wisdom of Crocodiles”. The last film I saw her in was the 2005 American adaptation of “Dark Water”, playing the Mother character of Jennifer Connelly’s character. Her other works include appearances in “Schindler’s List”, “Get Well Soon” and “Basquiat”. Again, this is my attempt at her or any celebrity. I know, she may not be a very well known actress, but she is still a good actress nonetheless. I have considered on possibly revising her later on or maybe doing a Sim of her as Nadja (possibly for a “femme vampire” line), but I’m not making any promises (if do, I may have to request a certain hairdo or maybe a hat that is shaped like a hood).

I would like to thank ReginaS for giving me some feedback and suggestions as I was working on this character. Thank you very much for your time and help, Regina.

Below is the information about the custom material that is included with the Sim. If there is any other custom part on the sim that I have forgotten about and if you are the creator of that part and it is not listed below, please contact me and I will update the list with the custom part and creator name.

Packs Needed
None, this is Sims 2 base game compatible!
Back to top