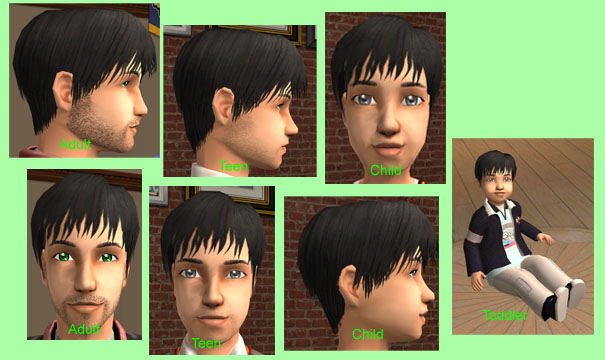 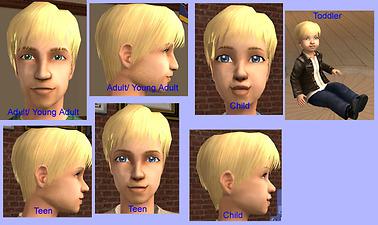 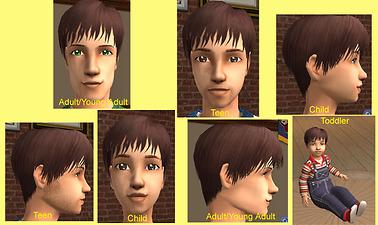 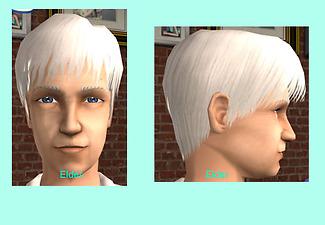 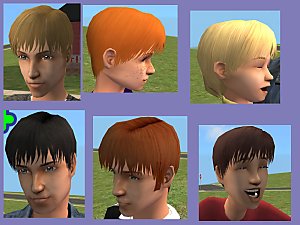 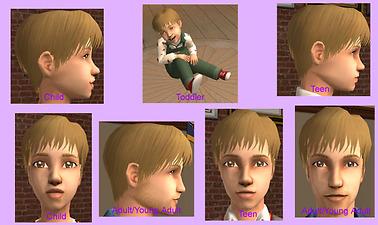 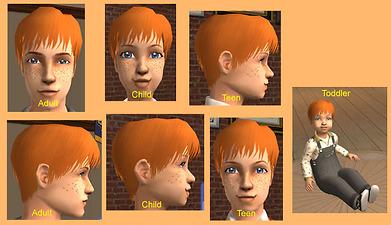 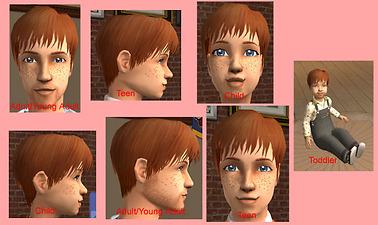 1,707 Downloads 476 Thanks  Thanks 11 Favourited 53,343 Views
There is an update available for this mod! Last downloaded: , creator last updated:

Created by pepperdawg View Policy / About Me View all Downloads

Hi guys, this is an alpha changed version of Vetty's awesome new hair mesh "Messy Natural" which can be found here. I basically just trimmed it up a bit. This is available in 6 colors-The Maxis colors that Vetty uploaded originally, and two of my own recolors. Mine are the Light Brown and the Orangey ones. Let me know if you want the other three colors that Vetty did... I might do them later, but I think I need a little break from copying and pasting alphas

. Unfortunately, I don't know how to put these in the right color bins, so you'll just have to make do. Oh, and follow Vetty's redistribution policy, since it's her mesh.

This download requires one or more meshes to work properly. Please check the Description tab for information about the meshes needed, then download them below:
Also Thanked - Users who thanked this download also thanked:
OFB Mesh "Curly" For Males of All Ages-Fixed Animations
by DJ_Mur3
*New male hair style with 4+3 colors.(all ages)*
by VETTY
"Gaius" Hair for Males (Adult/Elder)
by HystericalParoxysm
"Cherub" Curly Hair for Males (All Ages!)
by HystericalParoxysm
Kitchen & Bath 'Gelled Rock' hair for toddlers, kids and teens
by cloudlessnights
*UPDATED*Maxis Mesh "Simple" for Males and Females of All Ages
by DJ_Mur3
[For Her] - New Ponytail w/ Trucker Visor Cap - 3 Styles, 1 Mesh
by .indiemilk
Short Sweet Bedhead for Boys of All Ages
by fanseelamb
Jeanette Hair for Male
by cevic
Nouk - Lady Hair - Side Ponytail for your elegant ladies!
by Nouk

A lot of times people ask questions in threads. If they're anything like me then they'll ask a question and promptly forget to check back for an answer. Because of this, if you post a question in one of my threads, I'll usually PM you instead of posting directly in the thread.

If you would like to use anything I make as a base for anything you would like, feel free. If you do, however, It would be really nice if you credit me and maybe give me the link to your creation. I'd love to see what you do! I'm also not a huge fan of paysites, so if you could avoid them (like by uploading to MTS2!) that would be super.

As someone completely illiterate to meshes, I usually use someone else's as a base. If you would like to use one of my edits of someone else's mesh, make sure you go and check the policy of the mesh creator.

If you have any questions please pm me. Just know that as far as requests go, I really don't spend much time creating things for the sims anymore, so unless I'm feeling ambitious it probably won't happen.