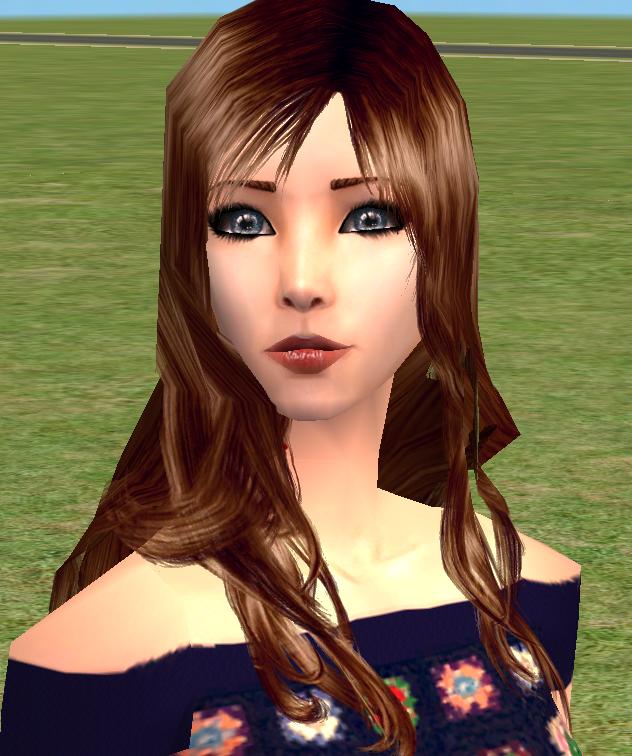 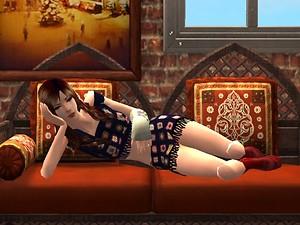 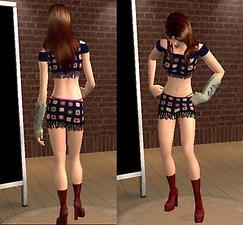 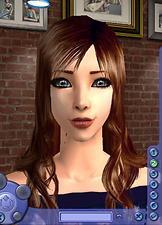 Well, this seems like the Sim that had to have inspired the phrase "You got caught off guard by a girl with pretty blue eyes". ;D
Lucy is my most beautiful Sim so far. I couldn't be happier with her, and I really think I got the job done almost perfectly.
After creating Lucy, I realised her appearence was reminiscent of that of Lucy from Jekyll and Hyde: The Musical. And then I realised, she seems to be the perfect "Lucy" character.

In Jekyll and Hyde: the Musical, Lucy works at a brothel, living an empty life filled with sin. However, she then meets the kindhearted Dr. Jekyll, and falls for him almost immidiately- only later to be tourmented by Hyde. In the end, she decides that she will flee from the brothel while Hyde is away on a journey, even though he said that if she ran, he would kill her; but alas, moments after her rejoice toward the New Life she would soon gain and moments before her depart, Hyde arrives in her bedroom, and murders her gruesomely. Hyde leaves immidiately after, and the other women at the brothel have men carry Lucy's body away. It seems almost as if Jekyll was the only one who even cared for her death, even though the girls at the brothel didn't seem exactly happy about it, either...
I've always felt much sympathy for Lucy's tragic character, and if I can find a good outfit, I may re-submit my Lucy in a Jekyll and Hyde version.

Until then, she comes as a modern female; but, for the fun of it, I added vampire bites on her neck, a broken arm, and fangs in her mouth. The vampire fangs and bites are optional; the bites come as face makeup, the fangs and arm cast as glasses, all of which can be easily removed. =)

Other credits include:
Vampire Bite Makeup by Dragonfly Fairy: http://www.modthesims2.com/showthre...ghlight=vampire
Blush found on this sim: http://modthesims2.com/showthread.php?t=129212
Eyebrows by Maxis
Eyeliner by emoROMANCE emoromance.lxhost.com (I'm assuming this is the site; I can't read what language it is in, but if anyone knows a better site or her profile, please let me know. =D)
Lipstick by Heleane, Camera Ready Lipstick - Crimson http://heleane.com
Skintone by Seomi, which comes on her lovely model, Wina: http://www.modthesims2.com/showthread.php?t=102385
Eyes by Seomi, which can be found here: http://myhome.hanafos.com/~zocbal/index.htm

Thank you very much for viewing, and if you like her, PLEASE make sure to press "Thank You", or leave a comment.
This Sim does not require any expansion packs. =)