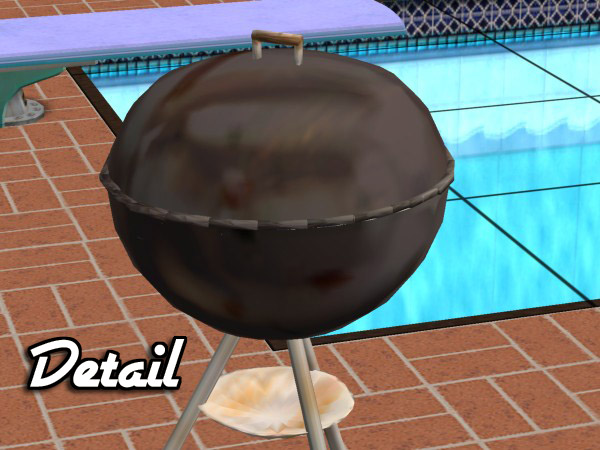 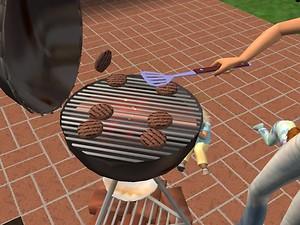 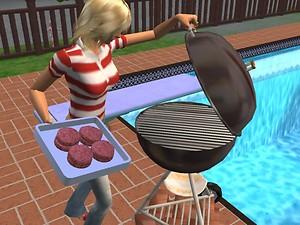 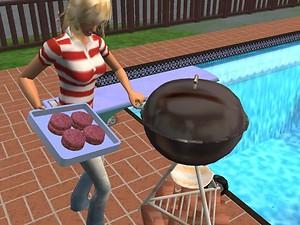 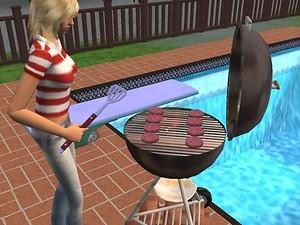 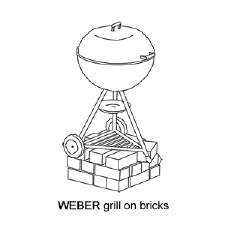 297 Thanks  Thanks     14 Favourited
This is a new mesh, and means that it's a brand new self contained object that usually does not require a specific Expansion pack (although this is possible depending on the type). It may have Recolours hosted on MTS - check below the description for more information.
Presenting (I guess...) The Weber Grill on Bricks

Here's a short clip of how it works:

Now, this bad boy was dug up deep within the bowels of an ole' garage. It was thrown into the food service right when it was a wee frying pan. I have professionally preserved each and every single rust spot on it. Now it's been going around that this very grill may have been used by George Washington. But that may not be true... :D

Animation: All animation works seamlessly. The hotdogs, ribs, and hamburgers look and fit perfectly on the Weber's sleak and compact design.

Bringing Up the "Pie-Menu": This is a rather "touchy" object. I believe it works best to click on the Front right corner of the bricks or the top area (lid) Please don't nag on me about this please, it seriously is not as hard as it probably sounds.

Miscellaneous: The game DOES NOT allow your sims to grill anytime before 11:00am or 12:00pm. I had a few worries about not being able to grill on my Simlicious Gas Grill. Also you WILL NEED to purchase a fridge before grilling anything. This was also one of the worries on the Simlicious.

Feel Free to RECOLOR. Only on MTS2 please. Not Redistribute. I really woudn't dig it at all if someone was stealin' my stuff and callin' it their own.

This can be included in/within lot uploads with due proper credit. Mmmk?

Future Uploadings: I will be uploading another version of a Weber grill, but that time without the bricks, for those of you who like it, but don't dig the bricks. It's less realistic looking, but I think it'll get the job done.