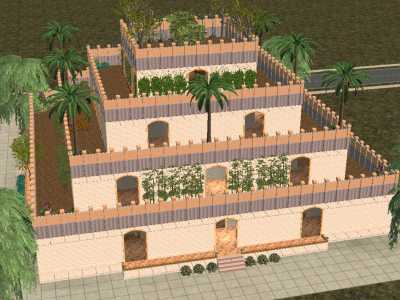 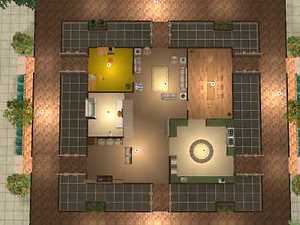 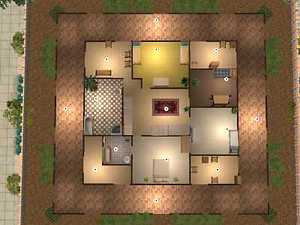 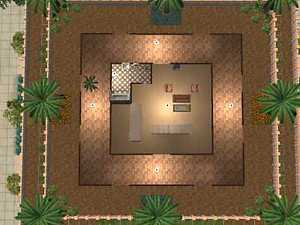 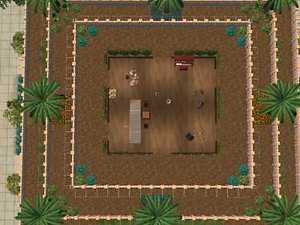 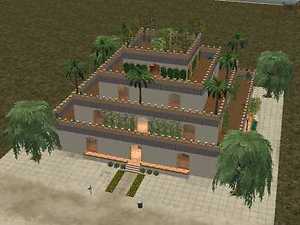 According to accounts, the Hanging Gardens were built to cheer up Nebuchadnezzar of Mesopotamia's homesick wife, Amyitis. Amyitis, daughter of the king of the Medes, was married to Nebuchadnezzar to create an alliance between the nations. The land she came from, though, was green, rugged and mountainous, and she found the flat, sun-baked terrain of Mesopotamia depressing. The king decided to recreate her homeland by building an artificial mountain with rooftop gardens.

Thousands of years later, the foundations for the gardens was discovered in Pleasantview. After some careful reconstruction it was restored to it's original beauty and converted into a home.

Four bedrooms, four bathrooms, four accessable floors and one heck of a garden await your sims in this World Wonder. 4x4 lot, $278,776.

NO hacks, mods, or any other custom content is included or required.

Description: What better way to cool off on a hot day then just diving into the ground? Now you can with the Waterworld Groundcover. Matches the Waterworld neighborhood terrain. Don't forget your goggles!