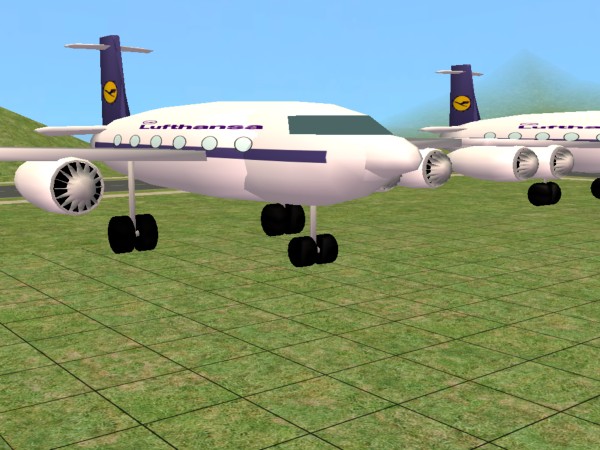 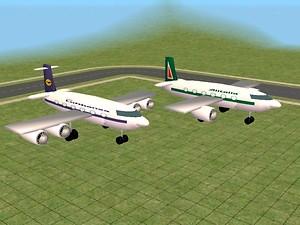 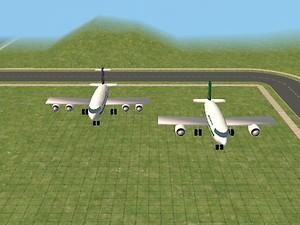 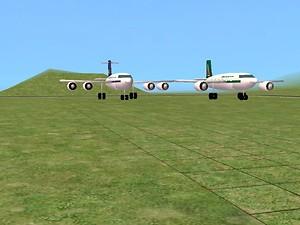 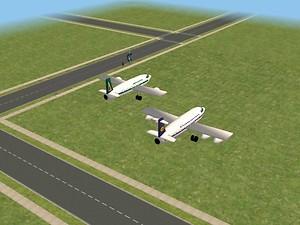 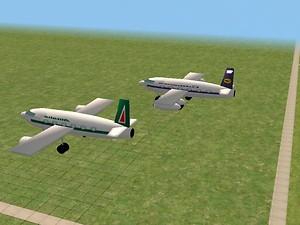 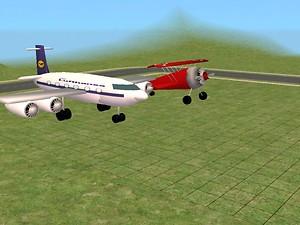 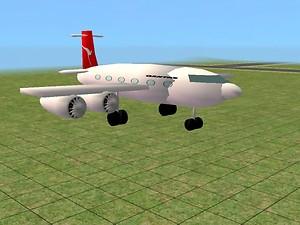 424 Thanks  Thanks     15 Favourited
This is a new mesh, and means that it's a brand new self contained object that usually does not require a specific Expansion pack (although this is possible depending on the type). It may have Recolours hosted on MTS - check below the description for more information.
Ok, so after I uploaded my first airplane, I received two requests for some Boeing planes, a 737 and a 747. Initially, I was going to postpone them for a while, but as my icecream machine was too stubborn to appear right in the game, I decided to have a try at the airliners. Now, I think they turned out all right, even though they are rather small, so here I present you with a Boeing 737 and a Boeing 747, operated by Lufthansa and Alitalia respectively. Just fasten your seat belts tight!
Drawbacks: the Sims can walk through them. But this is also an advantage, because the second half of the planes is out of the green squares so you can place them on the very edge of your lot and have a nice busy airport on a smaller lot. Also, the airline name appears mirrored on one side of the plane. I didn't foresee this when I made the texture.
Good thing they show up in neighbourhood view so they are very good for decoration. actually, that's all they do.

You can find them in the catalog under Decorations/Miscellaneous. Enjoy!