Ulmo, Valar of the Water 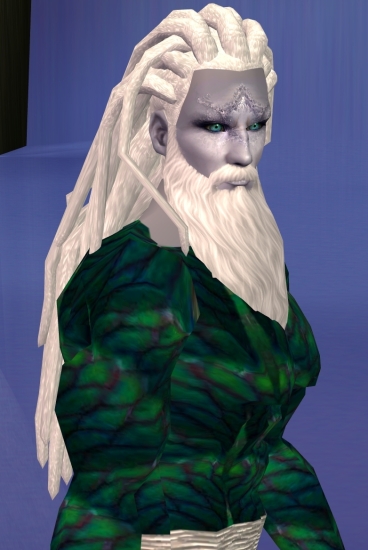 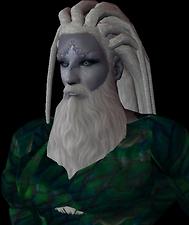 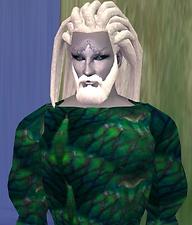 49 Thanks  Thanks     2 Favourited
Ulmo, The Ruler of Water in Tolkien’s mythology. I finally finished ALL the Valar! It’s appropriate to end with him, he was by far the most difficult. His form was frightening to men and elves, so he seldom appeared in physical form to them, but often spoke to them in the sea and rivers. He lived apart from the other Valar and was the last to leave elves and men behind. He was gigantic and wore silver and green chainmail. I took some license and gave him a greenish fish-scale outfit. I think it turned out surprisingly well. I wanted to make him imposing and a little scary, but not sinister, so I used the super hero body mesh. I think he turned out nicely.

I made 2 versions, one if you have the Holiday Pack and one for those without it.The only difference in the two is the beard. I prefer the Holiday Pack beard, but it does look odd sometimes when it cuts through his pecs. I forgot to put the hairline (costume make-up) in for the in-game shots. Look at the body shop pic to see the hairline.

Skintone (Pixie Royal) and eyes (Stranger) by Enayla
http://www.modthesims2.com/member.php?u=40418
The queen of skintones!

Facial hair by Genensims
http://genensims.com/new.htm
In the non-Holiday Pack version, the beard is by Genensims, both have stubble by Genensims. This site has some very unusual fantasy hair, eyes and skintones. Perfect for fantasy and sci-fi sims.

Hair is my recolor of CompulsiveD’s dreads
http://www.simpathetic.com/compulsive_d_-_dreads.htm
Her policy does allow me to post my own recolor.

Clothes are my recolor of beosboxboy’s Super Hero mesh:
http://www.insimenator.net/showthread.php?t=17784

Hairline (costume make-up) by sirlemoncurd (changed a little by me, just put the recolored texture on to make it match the white dreads):
http://www.modthesims2.com/showthread.php?t=164337
These make Compulsive D’s dreads look so much more natural.

You’ll need the following meshes for both versions:

For the hair (The long male dreads by Compulsive D):
http://www.simpathetic.com/compulsive_d_-_dreads.htm

For the clothing (The Super Hero “G-rated” base mesh by beosboxboy):
http://www.insimenator.net/showthread.php?t=17784

I've decided everything that I've made can be boiled, fried, folded, spindled mutilated...Whatever! My only stipulation is that everything stays 100% FREE. Beyond that, a little nod for credit is nice, but I'm not going to get worked up over it if you don't.

This works fine for my neighborhoods. It's a lot more complicated with my sims though. They are full of other people's work and there is a wide variety of terms of use among them. So you shouldn't repost them as is. If you want to take the sim face and slap different skin, hair, eyes, clothes on it... fine, have at it.

**Don't interpret this to mean you have the right to use the custom content I used without credit to the original creator though.**