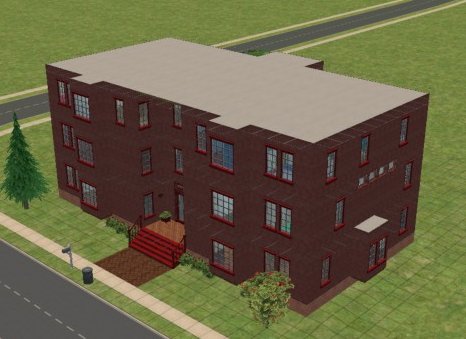 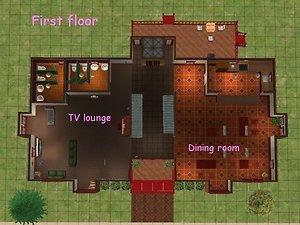 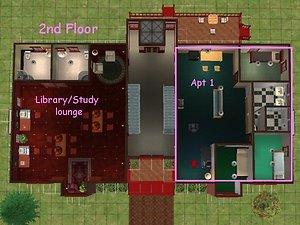 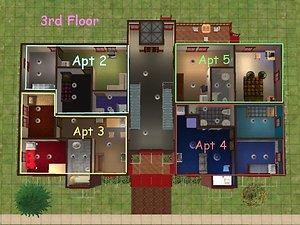 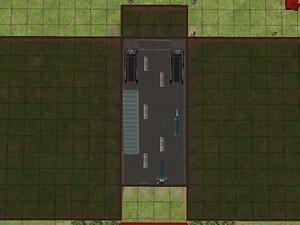 97 Thanks  Thanks     6 Favourited
Hello prospective students and parents! Welcome to Coffman Hall! I’m Cindy, and I’m going to show you around the best residence hall on campus! Coffman is a bit different from all the other halls—it features 5 apartments, each with unique layouts and amenities, to accommodate any living arrangement! Most of our students move to Coffman Hall if they need more privacy for studying, or when they are ready for a bit more independence and freedom from the normal res hall life. Okay, let’s start the tour!
Here is the dining room! It is staffed from 4 am to midnight to accommodate any schedule. The meals feature everyone’s favorites—pancakes in the morning, grilled cheese for lunch, and spaghetti for dinner! Also on the first floor is the TV and large common area. It’s a great place to have friends over for a sports party, or play a friendly game of darts.
link On to the second floor. Those of you who are moving a bit slower can hop on the elevator. The rest of us will take the stairs. Up here we have the large library and study area with two computers for group study sessions. There are also public men’s and women’s restrooms with showers in case you had a really grueling study session. Also on the second floor is the first of the apartments! This is a largest unit, and has three bedrooms, each with a single bed. The common room comes furnished with a TV, couch, mini fridge, microwave, and a desk and computer in the study area. There’s one shared bathroom, so don’t be stingy!

The third floor has the four other apartments. Three of them have 2 single rooms and one bathroom. (One bedroom lacks a window, making it perfect for that creepy goth kid we always seem to get each year!) The last one has one room with a double bed—great for an engaged couple, or daddy’s spoiled little girl who needs her own space!

Back down on the first floor, you can see the deck off the back that’s great for barbeques. There’s also a big backyard—maybe you guys can raise some funds to put in a pool!
Here’s some fun trivia for you: Coffman’s known around campus as “Red Hall,” not because of the color, but based on rumors that a group of Communist students who lived here during the Cold War held rallies in the basement! Isn’t that wild?? Since then, the basement has been converted into a small fitness room so you don’t have to hauls ass—I mean, run all the way to the Rec Center just to work out!
Well, thanks for coming on the tour, and I hope you’ll consider Coffman to be the home of the best years of your life!

Note: In college, I was a campus tour guide—but my name’s not Cindy, and I was never as perky as she is. We called them “res halls” instead of “dorms,” a habit I still can’t break. Nor do I want to. Coffman's the name of our student union.

Important Info:
Lot size: 30 x 30
No custom content, except for things from Glamour life. I also have Nightlife and OFB so any objects from those EPs won't show up if you don't have them!
10 rooms, for 10 or 11 students.

Apartment #5 is intended for a couple who will share the bed (and woo-hoo!). Have each one select one of the Myne doors that lead into that apartment. If you aren’t playing a couple, delete one of the Myne doors (which is on the outside of the apartment, rather than on the bedroom door) so only one Sim will claim it. But if two claim it before you can stop them, delete the double bed and put in two singles. That shouldn’t bother them. (I haven’t test it with my theoretical couple and two Myne doors. Let me know if that doesn’t work.)
Bathrooms: Those in each apartment are not gender-specific. I imagine it would work best if the sims in an apartment are of the same gender, then you can copy a gender-specific door from one of the public bathrooms and replace the door. That will at least keep out all the stinky boys, or icky girls!
If you have InSIMenator, you can make a Sim selectable (at least, I think that’s where that option comes from...) and control them as they come onto the lot and select a door for them to keep girls and boys in separate apartments. Then deselect them. I also found that you can go into Build mode, pick up an already-claimed door, and move it to a different room. The sim will know where his room is. To keep others out of your apartment, lock your door. If two or three sims live in an apartment, add the numbers of doors to the outside that live there and lock one to each sim. Even though Build Mode won’t let you buy a new door, you can pick up a current door and hold down shift to copy it as usual, then you have two doors!

I hope you enjoy your new dorm--i mean, residence hall!

(I will check back if those images didn't show up correctly...I hate the stupid html tags on this editor.)