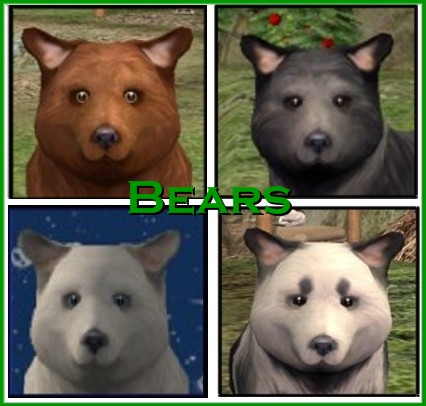 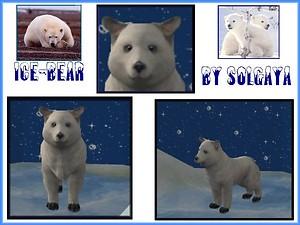 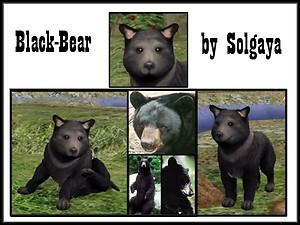 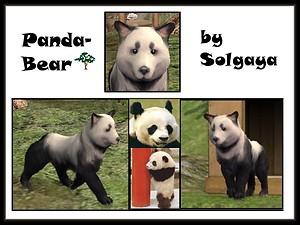 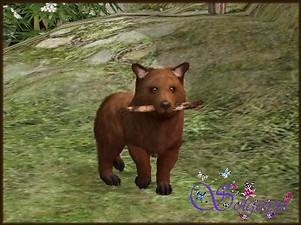 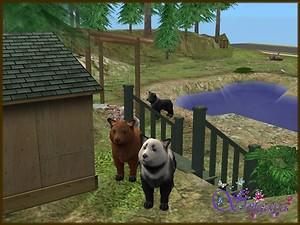 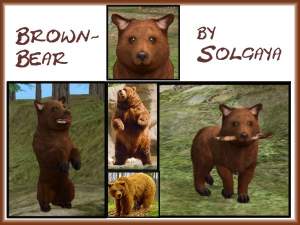 3,444 Downloads 403 Thanks  Thanks 24 Favourited 37,886 Views
Picked Upload!   This is a picked upload! It showcases some of the best talent and creativity available on MTS and in the community.

I made 4 Kinds of Bears!

The polar bear (Ursus maritimus), also known as the white bear, northern bear, or sea bear, is a large bear native to the Arctic. It is one of the two largest land carnivore species and the apex predator within its range. It is well-adapted to its habitat: its thick blubber and fur insulate it against the cold and its translucent fur (which appears white or cream-coloured) camouflages it from its prey. The polar bear hunts well on land and on the sea ice, as well as in the water.

The brown bear (Ursus arctos) is a species of bear distributed throughout the Northern hemisphere. Weighing up to 130–700 kg (290-1,550 pounds), the larger races of brown bear tie with the Polar bear as the largest extant land carnivores. The grizzly bear (Ursus arctos horribilis), the Kodiak Bear (Ursus arctos middendorffi) , and the Mexican brown bear are North American subspecies of the brown bear. However, DNA analysis has recently revealed that the identified subspecies of brown bears, both Eurasian and North American, are genetically quite homogeneous, and that their genetic phylogeography does not correspond to their traditional taxonomy.It is sometimes referred to poetically as the bruin.

The American Black Bear (Ursus americanus) is the most common bear species native to North America.
It lives throughout much of the continent, from northern Canada and Alaska south into Mexico, from the Atlantic to the Pacific. This includes 39 of the 50 U.S. states and all Canadian provinces except Prince Edward Island. Populations in the east-central and southern United States remain in the protected mountains and woodlands of parks and preserves, though bears will occasionally wander outside the parks' boundaries and have set up new territories, in some cases on the margins of urban environments in recent years as their populations increase. Although there were probably once as many as two million black bears in North America long before European colonization, the population declined to a low of 200,000 as a result of habitat destruction and unrestricted hunting culls. By current estimates, more than 600,000 are living today on the continent.

The giant panda (Ailuropoda melanoleuca) ("black-and-white cat-foot") is a mammal classified in the bear family, Ursidae, native to central and southern China.
The panda's main food is bamboo, but they may eat other foods such as honey, eggs, fish, and yams. Easily recognizable through its large, distinctive black patches around the eyes, ears and on its rotund body, the giant panda is an endangered animal: an estimated 1,600 pandas live in the wild and some 221 were reported to live in captivity at the end of 2006 in China, with twenty pandas living outside of China. However, reports show that the panda numbers in the wild are on the rise!

If you like please hit the thanks button, rank and all comments welcome