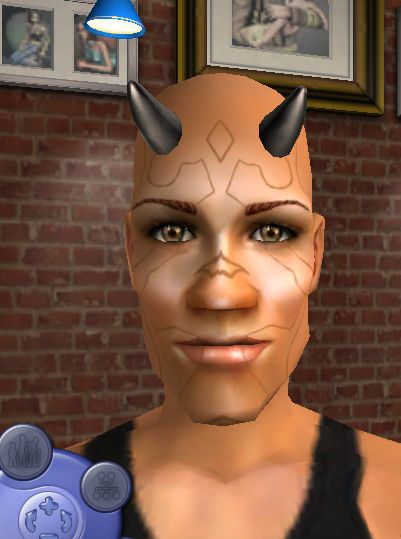 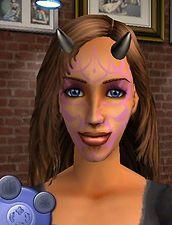 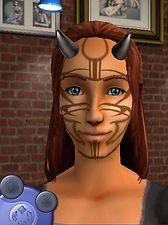 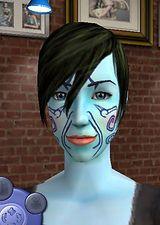 72 Thanks  Thanks     6 Favourited
This is a Maxis Recolour which means that it is a recolour of an item that already exists in your game. Please check the Expansion pack requirements to see which game pack it recolours.
Zabraks are a type of alien in Star Wars known for markings or tattoos on their faces. I've made four masks that are compatible with any skintone based on the character Bao-Dur from the game Star Wars: Knights of the Old Republic 2 and the female Zabraks from Jedi Academy.

The horns aren't included in this download and are a separate mesh that can be found here.

I made them using one of the Maxi face masks found in the game, so recolors/whatever is fine.

These are a recolor of one of the FACE MASKS or FACE PAINTS in the game, so it should be found there.

This is the first of the Jedi Academy markings, found in the "JAZabrak1.zip".

Another set of markings based off of Jedi Academy, found in the "JAZabrak2.zip".

And this is my final mask, shown on two different skintones for comparison. It didn't come from any game, just my own mind, so it's found under "Zabrak.zip".