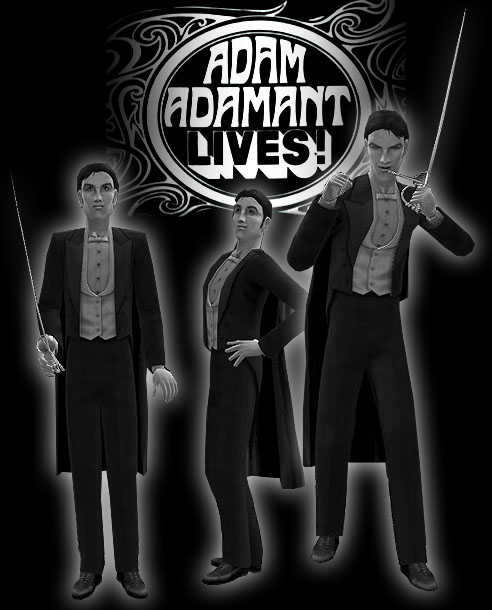 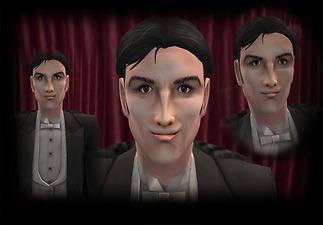 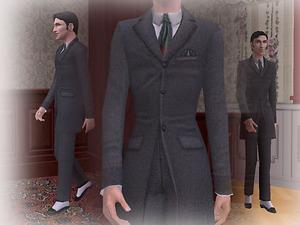 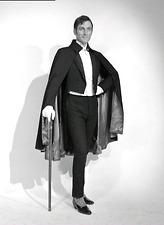 At the height of his fame he was the ideal gentleman - elegant, corteous, honourable, charming and chivalrous with women, a friend of kings and statesmen...

So what went wrong? Oh, pity! In 1905 he was deceived by his darling Louise, who lured him into a trap prepared by his arch enemy - The Face!

But instead of being killed, Adam Adamant met a much more terrible faith: He was frozen into a block of ice to live through an eternal sleep, forever, and ever...

Because in 1966 a couple of construction workers discovered something extraordinery during their work... Fast forward and Adam Adamant lives!
Ready to fight evil and unjustice once again with his cape and his sword and his into perfection refined manners!

With a comedy-action theme, starring dashing Gerald Harper as Adam Adamant, the series tried to compete with shows like The Avengers but though it had its following, only two seasons were made. One of the reasons was that it was in black-and-white and technically inferior to other popular TV shows, and the last episode aired in March 1967.

Of originally 29, unfortunately only 17 episodes have survived to our days (one was recovered as late as 2003!). They're available on DVD and that's how I got to know the character Adam Adamant.

But now for something completely different:

This sim is compatible with all EP:s or just the base game alone.

The sword and the cape in the pictures are not included, neither the tuxedo, since that is a formal oufit (it's the tux from Glamour Life Stuff). He'll be wearing a custom outfit by me with a new mesh, also made by me.

The mesh (MESH_bg_victoriansuitAdA) that is required for Adam's outfit to show up is not included in the Sims2Pack. It is included in the .RAR, though, so you manually have to put it in your downloads folder after un-RARing. An additional recolour of the mesh is optional and placed in a separate .RAR. See screenshots!

Mesh: Faces: 2048 Vertices: 1641 (slightly smaller than the Maxis mesh I based it on). You can recolour and repost the mesh freely on free sites.

I think I covered everything now, so... Have fun and safe simming!

Adam Adamant.rar: Archive contains one or more files that are added twice (once in .package form and once in SimsPack form) (error 105)
Archive: Optional Clothing Recolour.rar
File: 5f98655a_bg_am_victgent.package Clothing Recolour

Thanks for reading this!

My rules or guidelines regarding my creations are simple:

*Do whatever you like with them (and that covers using my textures/meshes/alphas as bases for your own projects) as long as it stays FREE and you give me some mention. A link to my site CarnabySims.com would be just perfect*

Contact me if you need a new bodymesh for your skinning projects. If I'm having a good day I might take requests!