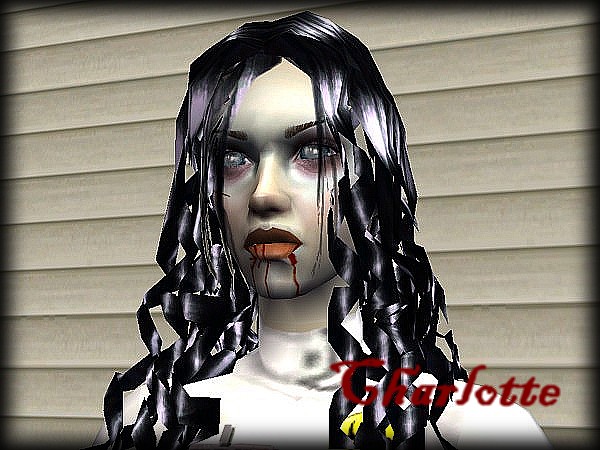 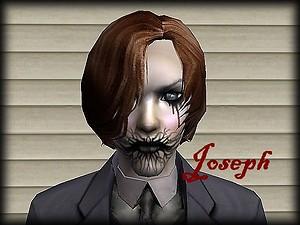 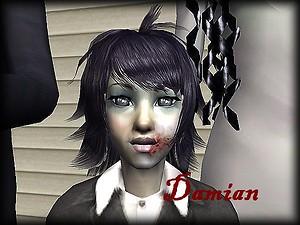 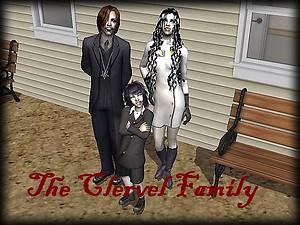 Charlotte: After graduating from La Fiesta Tech University, Charlotte Clervel moved to Strangetown to set up a practice as the medical care there was poor. It may seem like a kind act to help such a town but there are rumours that she has an ulterior motive. It has been said that many of her non-human patients (Such as aliens, vampires, and zombies) have mysteriously vanished after visiting her practice. Dr Clervel denies all accusations, claiming that she is a dedicated doctor who just wants what’s best for her patients. Another rumour is that she herself is actually half Cailikon demon, this can be noticed by her darkened skin around her eyes, and her eyes are blurry and pupil-less. Charlotte claims this is a mere eye disorder. However the fact that she has severed all ties to her birth-parents does make it all seem rather suspicious.
Factors which may have caused her hatred for “un-humans” include her embarrassing Cailikon father who dressed in what she thought were “women’s clothes” , a traumatic incident with the game ‘Space Invaders’ and a particularly gory vampire movie.
Charlotte Clervel is a cold selfish character who is very bad at lying.

Joseph: Joseph Clervel was once a professor at the La Fiesta tech University who taught medical students. After one of his student’s, Charlotte, comes to his office to complain about non-human student’s making fun of her so called “eye disorder”, he discovers this girl shares his dislike towards the non-humans. Joseph doesn’t believe they should be allowed to study medicine as they can never truly understand the human form. Joseph begins giving Charlotte private lessons which involved dissecting alien, vampire, zombie corpses in the aid of research. One night Charlotte questions him on where he finds all his corpses Joseph confesses to having killed a few of them himself. To his surprise, Charlotte considers him a hero for killing of a few of these un-humans. Their closeness develops into a romantic relationship and the couple move in together after Charlotte graduates. They get engaged but right before the wedding Joseph discovers Charlotte’s demon half and tells her it is over between them. Yet, somehow the wedding still goes on. Joseph seemed to have had that memory erased from his mind. He now has unsightly vein-like markings across his lips and his eyes leak black liquid. These are known to be symptoms of the ‘Cailikon’s kiss’, which is a mind controlling power. The rumour is that Charlotte bit him to stop him from leaving.
Joseph now works as Charlotte’s receptionist after the Cailikon’s kiss effects cost him his job at the University.

Damian: Damian is the only child of Charlotte and Joseph Clervel. Disappointed that her son had inherited her “eye disorder”, Charlotte worried he would have to face the same criticism as she did. One night while Charlotte cleaned up blood from a particularly unsuccessful surgery, Damian came in (used to the sight of blood, Charlotte thinks it’s good for her son to see how mummy works) and began to ask questions on the non-human bodies he’s seen. When Charlotte tells him they are the bodies of very bad creatures Damian worries because he and his mother both have “bad people’s eyes”. He is told that they have just been unlucky because of selfish demons marrying normal humans and that they must make up for their bad halves by ridding the town of as many non-humans they can. Terrified of being one of the “bad people”, Damian is geared up to carry on Charlotte’s work in Strangetown for when she no longer can.

Packaged with maxis eyebrows as I can’t track down the ones in the pic.
Recommended brows http://www.modthesims2.com/showthread.php?t=107671

Packaged with maxis eyebrows as I can’t track down the ones in the pic. Recomended ones above with Charlotte's CC.


These recolours may or may not be endorsed by Lollipop_Girl.