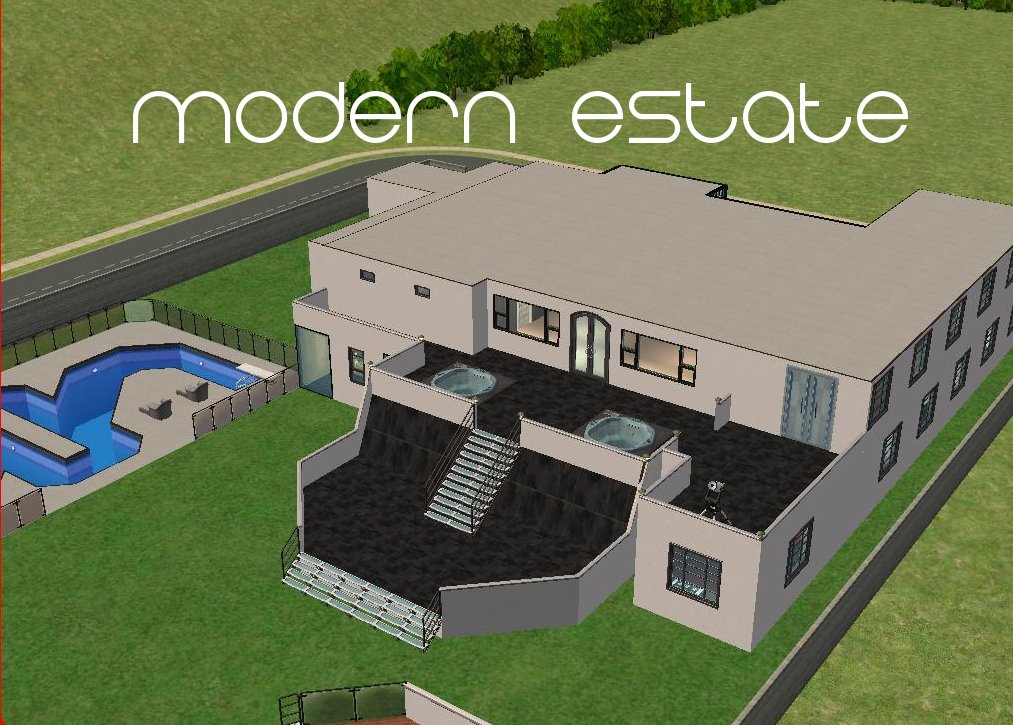 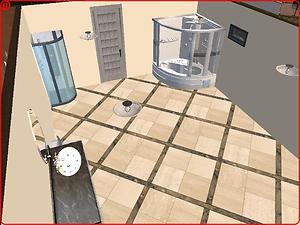 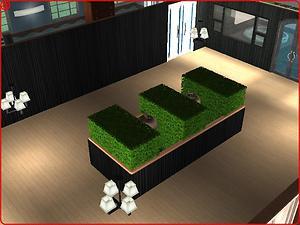 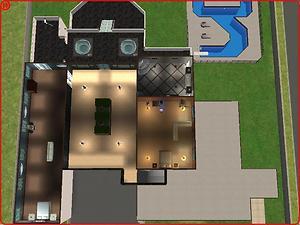 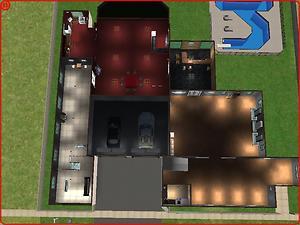 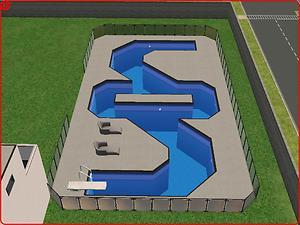 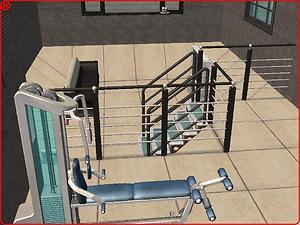 64 Thanks  Thanks     2 Favourited
Heres a house for your celeb Sims or just a really rich toff. Adequately named "Modern House" (Although it says "Modern Estate" in the photo), this house has had a large part in my life over the past week. Lots of little joys within this little gem of a house, and A LOT of custom content, but I'm quite pleased with the result. Especially the AliceInWonderland-esque centerpiece on the first floor and the subtle tribute to the Simoleon in the form a swimming pool. I wouldn't entirely recommend this to peeps with a slow computer, as it would be even worse when you move a Sim in. So! On with the tour!

The back of the house (which is sloped) was actually an accident, but it looked pretty cool, and I kept it that way! It's all very duality-like, with the black and white everywhere...

The bathroom is where probably where the most Custom Content is. You could always have a bath, or a shower, or hell! Why not both in the Corner Bath N Shower Tub by mickkyss?!

One bedroom is blue and brown themed (Thats where the chocolate mod wallpaper comes in). The other one is in light tones of beige...apparently my favorite color when you look at my past uploads (hint hint).

The big red room downstairs is probably where I let my imagination slip...I only have so much brain power at 14 years old. Still, it has a TV, dining table and a couple of dartboards.

And there's pretty much a plasma screen in every room. Hence the ridiculous price...

And there's even a toll booth.