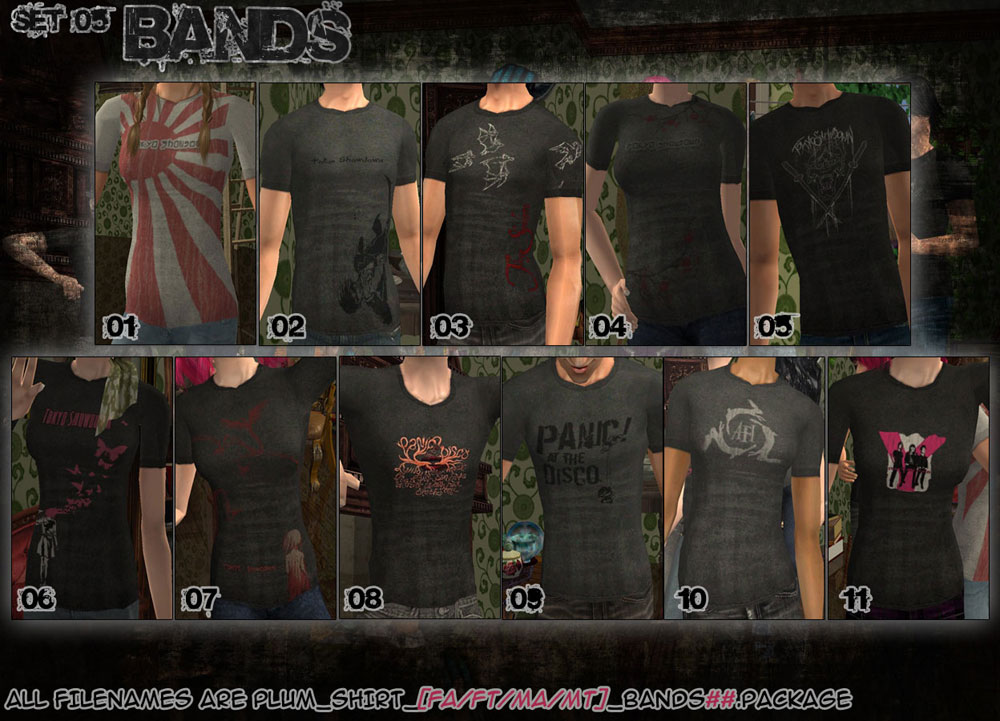 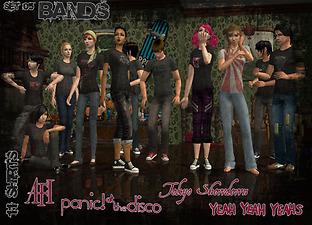 4,803 Downloads 405 Thanks  Thanks 48 Favourited 48,822 Views
There is an update available for this mod! Last downloaded: , creator last updated:
Picked Upload!   This is a picked upload! It showcases some of the best talent and creativity available on MTS and in the community.

Created by Plum View Policy / About Me View all Downloads  Tumblr

Update August 1st - Thanks to night_crawler71, now know that the female teen shirts somehow ended up in the male teen file. This has been corrected. So the 482 of you that downloaded the file without reporting the error are either sad or total poop heads.

This here be set 05 of the 11 sets I've made so far of fanseelamb and HystericalParoxysm's untuckable T-shirts.

If you are unfamiliar, what I have done is create (thus far) T-shirts in 113 designs for females and males, both adult and teen. I originally tried to cram them all into one thread, but that made the mods sad, so I've split them up into eleven sets.

So, What Do We Have Here?
Set 05 contains 11 T-shirts for adults, both male and female, adults and teens of the following origins:
01-07: Tokyo Showdown, which I'm sure no one here has ever heard of but they're my favorite, so I hope you at least think the shirts are pretty. Visit www.myspace.com/tokyoshowdownca if they seem like something you'd like.
08-09: Panic! At the Disco, my second favorite band.
10: AFI, my husband's favorite band.
11: Yeah, Yeah, Yeahs!, who I think are okay, and I liked the picture.