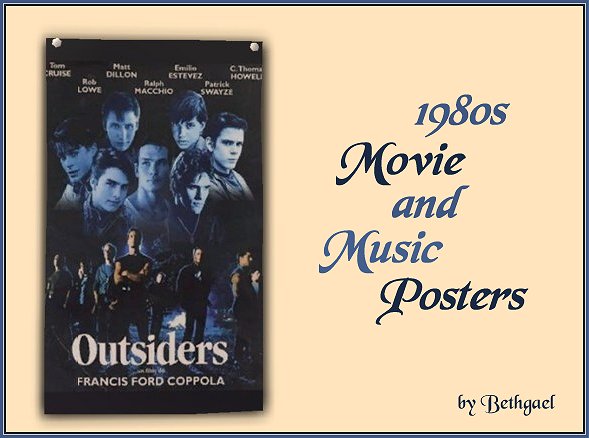 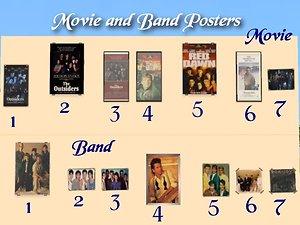 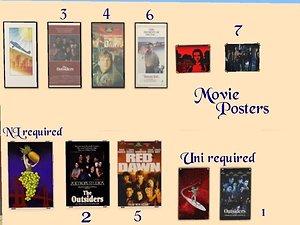 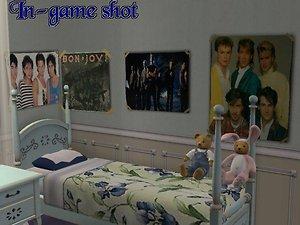 88 Thanks  Thanks     6 Favourited
This is a Maxis Recolour which means that it is a recolour of an item that already exists in your game. Please check the Expansion pack requirements to see which game pack it recolours.

I was simming a story for the adult version of this site and realised that I needed some 80s posters for the bedroom wall of a sim who was a teen at the time, and thought I'd share. I figured I'd just go with some of the images
I had on my own wall when I was a teenager. I was a HUGE "Outsiders" fan. Read the book by S.E. Hinton (who was Herself only 16/17 when she wrote it). Watch the movie by Francis Ford Copploa. It's a classic, and was a
jump-off point for many actors - Ralph Macchio (The Karate Kid), Rob Lowe (all over the joint, even now), Patrick Swayze (Dirty Dancing) and Tom Cruise. Diane Lane also starred as Cherry.

If you're not Australian, then you've probably never heard of Icehouse or Pseudo Echo, although both of those bands did try to follow INXS, AC/DC and other Aussie bands into the US, with varying success.

The image of Iva Davies is from the official Icehouse website.

Tested OK on my system -- I have the EPs up to Seasons, plus GL and FF Stuff packs.

I've split this into 4 packs so that anyone without the EPs can pick and choose as required.