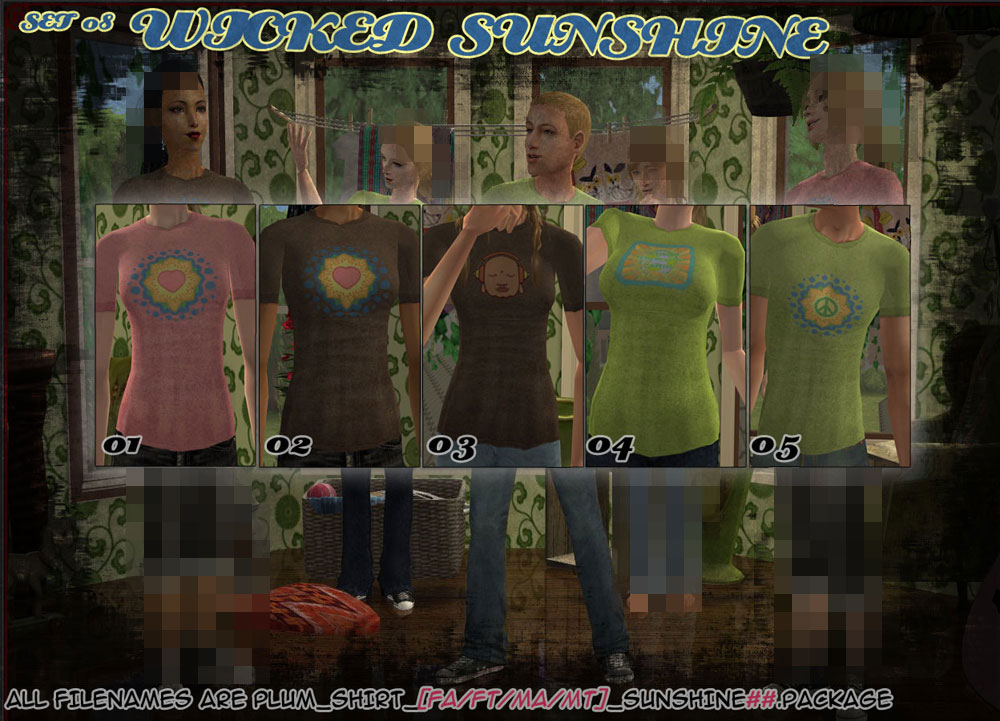 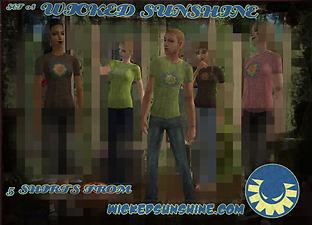 252 Thanks  Thanks     17 Favourited
This is a new mesh recolour, and means that you will need to download the particular mesh itself in order for this to show up in your game. See the Meshes Needed section or read the text for more information.
It's been... a week or something since I posted set 07. Basically, I created all the screenshots for these sets before posting even the first one, so after the rules here at MTS2 changed all of my screenshots were basically banished to sad land. How much does that suck?! It was frustrating, yes, but the new rules are good and pure so I have attempted to comply by censoring my old screenshots. Now they're super sexy!

Oh, and I, uh... spent the last few days in Las Vegas. That had something to do with it too. Totally won 331 nickels!

If you are unfamiliar, what I have done is create T-shirts in 113 designs for females and males, both adult and teen. I originally tried to cram them all into one thread, but that made the mods sad, so I've split them up into eleven sets.

Also, this will be the last set I'll be posting at MTS2... at least for awhile. My next set was rejected because they want me to take all new screenshots instead of censoring the ones I worked really hard on already, and I'm sorry, but that's just on the wrong side of frustrating. Maybe in the future when I'm good and bored I'll do it, but not anytime soon.

So, What Do We Have Here?
Set 08 contains 5 T-shirts for adults, both male and female, adults and teens from WickedSunshine.com.