Bleach Back to School Collection 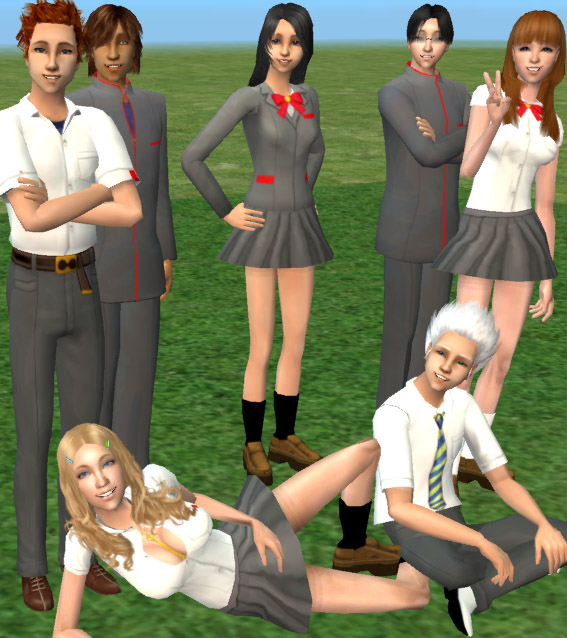 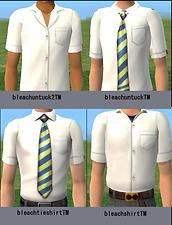 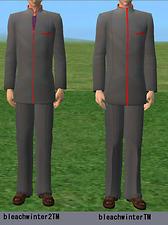 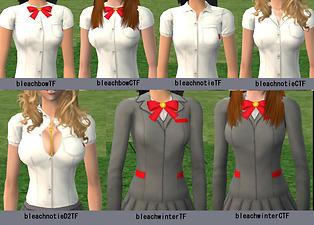 791 Thanks  Thanks     94 Favourited
This is a new mesh recolour, and means that you will need to download the particular mesh itself in order for this to show up in your game. See the Meshes Needed section or read the text for more information.

Picked Upload! This is a picked upload! It showcases some of the best talent and creativity available on MTS and in the community.
To start off a new school year, here's a collection of Karakura High School uniforms from the anime Bleach. This set is for male and female teens only, minus Ichigo's school bag which I think works for teens-elders. The majority of the set is composed of separates so you can mix and match as desired. The exceptions are the boys' winter uniforms. I included a picture guide to the file names in the .zip. On that note, sorry the group pic totally doesn't look right (they're all smiling which most characters in this series don't do for some reason), I'm terrible with taking screen caps.

Female Skirts:
There are three versions of skirts - white socks like Orihime wears, black socks like Rukia wears, and a black socks w/ Rukia's red glove. I should have made one of the versions have those funky white shoes most of them wear (I think its a summer uniform thing), but I didn't so its just brown loafers for all of them.
- Animera Skirt Mesh *not included*: bleachskirtTF (black, w/ glove), bleachskirt2TF (black socks), bleachskirt3 (white socks)

Male Pants:
The boys in this series seem to have all the accessories, because there are also quite a few variations of belts, watches, wrist bands, etc. I narrowed it down to two: standard black belt, white shoes, no accessories pants, and an Ichigo style pair with his most common style of belt, wrist band in Bleach colors, and after-school shoes.
- Maxis mesh: bleachpantsTM (standard), bleachpants2TM (Ichigo)

Male Winter Uniform:
Once again narrowed down to two (sorry no Chad flowered shirt version). One version is closed up like how Ishida wears it. And the other is open like how Ichigo and just about everyone else wears it. I made the inside shirt plain so it could be worn by any character, not just Ichigo with his interesting shirts.
- Mijutaro Uniform Mesh *included*: bleachwinter2TM (open) *edit mesh added since post was deleted*
- Rence Uniform Mesh *not included*: bleachwinterTM (closed)

Ichigo's School Bag:
I found Generalzoi's school bags while I was poking around for meshes and I had to make something with them. This version of Ichigo's school bag is mostly like his winter white and red messenger bag, but I added the star w/#15 from his summer bag because it was too plain (I speculated on the color). If you look really close there's a little bottle of Urahara brand healing pills. I made up the color, but the label's right (too bad you can only see a sliver of it). For normal colored bags like Ishida and the others carry check out Fanseelamb's recolors.
- Generalzoi's Messenger Bag mesh: *not included*: bleachichigobag


These recolours may or may not be endorsed by Izz35178.