The Bates Motel - Lodging to Die For 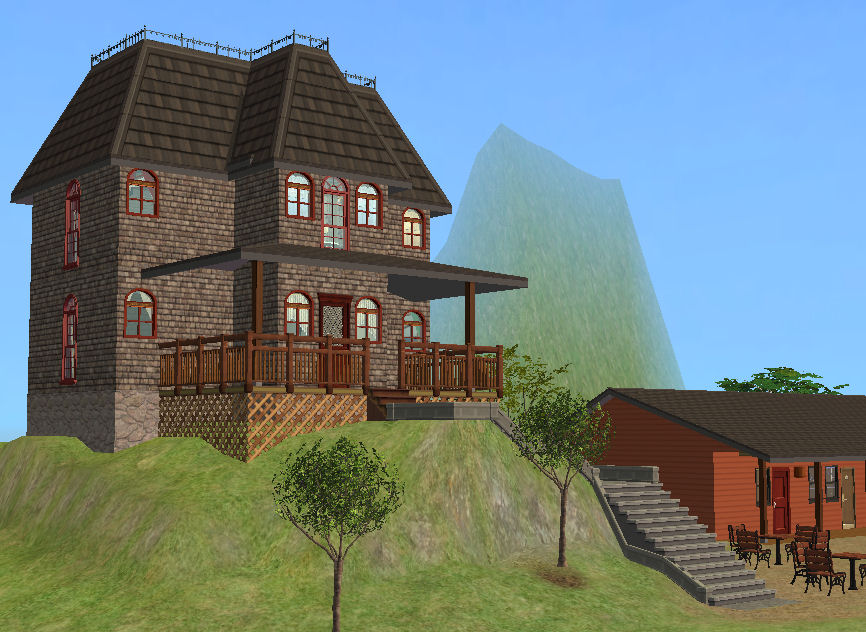 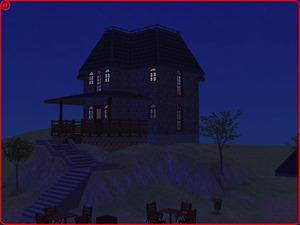 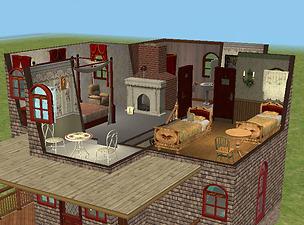 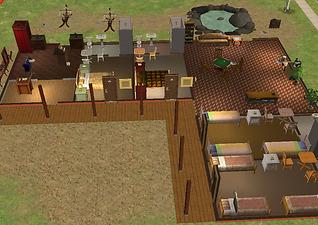 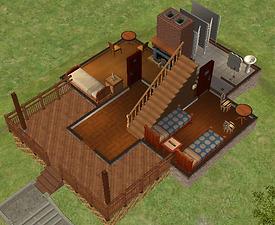 This is a recreation of the Bates motel and Bates house, made as a playable hotel lodging. Originally, it was maxis-only....but my daughter recolored most things and put in a couple of the walls we've created.

I love Hitchcock and have done several versions of the Bates home. This one was helped greatly by finding a 6 minute trailer on YouTube that Hitchcock made to advertize the film "Psycho". In the trailer, Hitchcock walks around the motel and house and talks about the thriller. There are some great shots of the house exterior, interior and of the motel. (The recreation for Psycho II at the Universal lot is a poor second.)

The lodging plays decently, but compromises were made to get the Bates look (and vice versa, look was compromised for playability). The Oldies took 5 of the friends there for 5 days. Hmm, which didn't work out so well as the guests could not order from room service and did not cook from the grill and so were a bit of a chore to keep fed. Foodbars work better for guests! Nevertheless, the vacation was a success and tweaks were made to get the playability decent.

The lot definitely needs the roof tools from Pets. And it is a lodging, which came with Bon Voyage. Other than that, not much is specific to any expansion.

There are two custom walls made by my daughter (PeachyFiend) and myself (Tulipmama). They are free for all simmers to use as they wish, including uploading in your own creations.