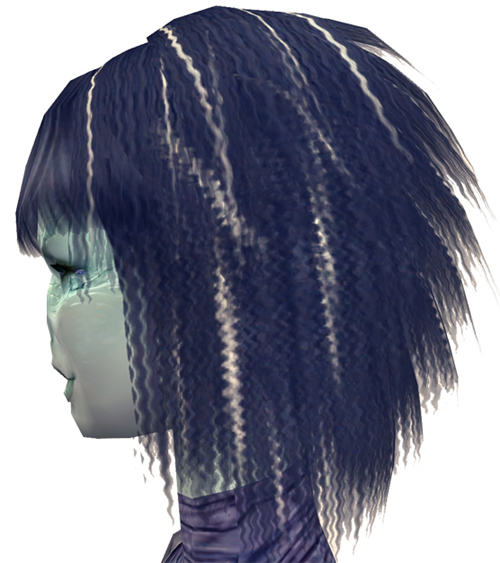 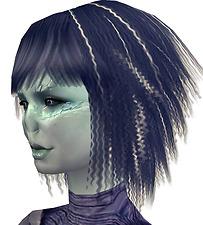 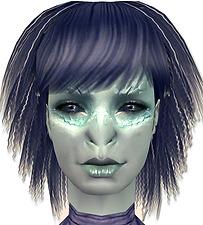 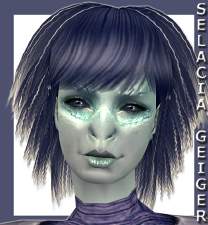 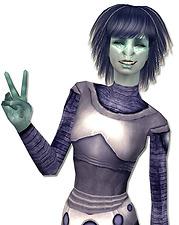 It would be helpful to me as a creator to know how she performs in your game. She HAS been tested by me for any facial animation 'imperfections' on account of her unusual nasal cavity and i'm quite confident she'll be fine but if there are any issues - please post up a pic so I can address the issue.

Today I bring you the beautiful Selacia Geiger. Selacia hails from the planet Skaal where her race, the Skaalahz have resided for millions of years.
In the year 4230 her planet was invaded by power hungry Guprexo's who killed of the majority of the Skaal warriors and took their places as husbands to the Skaal women. The birth rate started to rise, steadily at first and then much faster until the race started to outgrow their planet and the Guprexo's left. The Skaal women were left to struggle to bring up the hybrid children who grew increasingly violent. Selacia's parents made the decision to send her to earth as they feared for her safety.

A little bit about Selacia and her personality
Selacia is a very kind and gentle Skaal. She craves companionship and enjoys spending time with her friends and loved ones. Having only recently arrived on Earth she is still in the process of looking for a job.
Her skills include:
Cooking ~ her favourite dish is a Skaal delicacy of spit roasted mungraahz (similar to squirrels) with pureed Booris (like mushrooms) and Lopas (onion)
Space Mechanics ~ Selacia is quite good at making small repairs to her own space shuttle, however.. it's a bit beyond repair now after she crash landed it in strangetown.

Skaal women sport small pieces of their planets surface (almost like diamantes) on the outer corners of their eyes. They change colour with the secretion of chemicals from the wearers skin and are a good way to work out what mood the Skaal is in. All Skaals have an acute sense of smell despite having a small nasal cavity.

Custom content not inclued
Meshes for Selacia's Hair and dress which can be found via the links at the bottom of the page.

Additional Credits:
LinusLover30 for all the inspirational oddities she's uploaded to MTS2