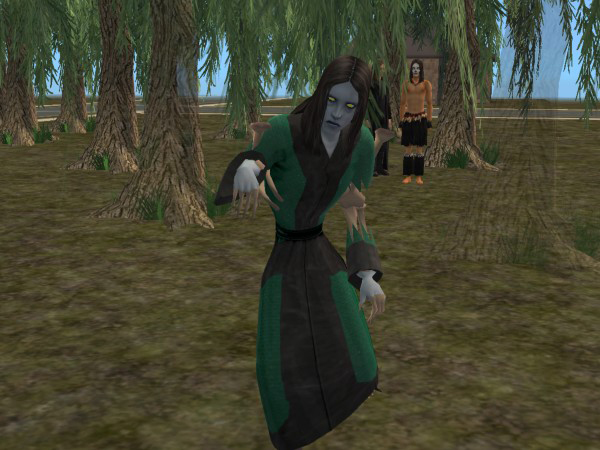 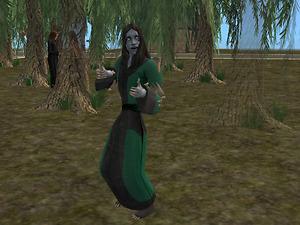 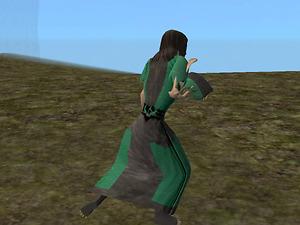 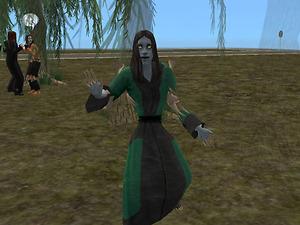 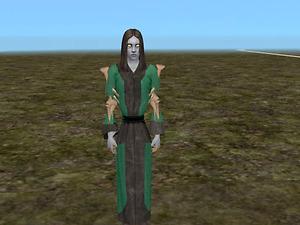 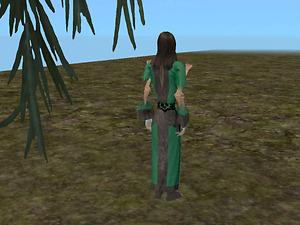 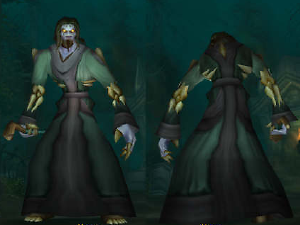 Created by stevekills.com View Policy / About Me View Downloads Home

So, the other day I was uninstalling World of Warcraft, which was followed by the reinstalling of The Sims 2, when I thought "HEY! Why should I have to choose between the two games when I could put them together! ... kinda."

I checked around and saw the world of warcraft selection here...

Well, I've decided to let the Horde in on the fun of Sims 2.

Thus, I give you, The Undead Mage!

The robe could be used by all classes, but is most likely to be used by mage, warlock or priest. Also, it's based off of the starting mage robe.

The hair and skintone are both available in University. Kinda. You gotta work to get the skintone, but the hair is readily available.

Feel free to make recolors of this. Seriously, what am I gonna do about it?

On an unrelated note, to those of you who remember and still care: I WILL finish the Death Career, even if it kills me. Which it probably will, giving a nice little pun to the name "death" career. Soon though. Soon.

Additional Credits:
Blizzard for making WoW. Without them, I'd probably have the Death Career finished.

Well, seeing as how there's no way of me following my downloads into your computer to watch you alter them, feel free to do so. If you credit me, awesome. If you link back to me, even more awesome. If you don't, Satan will rain down your throat with hot acid, dissolve your testicles and turn your guts into snakes! Just kidding, but ten points goes to whoever gets the reference I just made. Seriously though, if you don't credit me, that's fine. Really, what am I gonna do? My stuff isn't popular or well-known to the point where the threat of me stopping making stuff poses any threat whatsoever. Also, I have the tendency to disappear for long periods of time, so my stuff is inconstant anyway. I'm kinda rambling so I'll sum it up like this: Go for it. I look forward to seeing what you guys come up with. So, best wishes to all your creations.