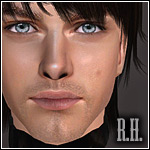 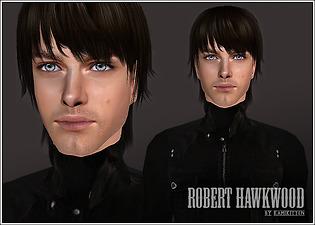 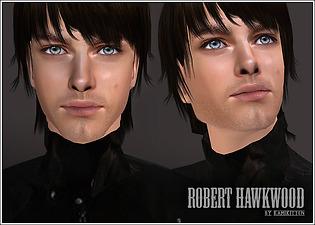 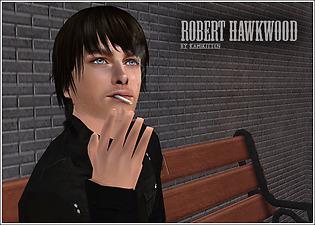 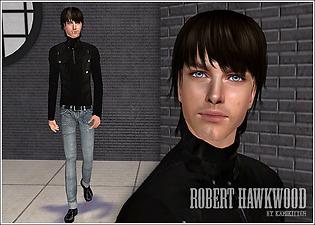 15,375 Downloads 3,222 Thanks  Thanks 200 Favourited 311,839 Views
Featured Upload!   This is a featured upload! It showcases the best talent and creativity available on MTS and in the community.

Created by kamikitten
View Policy / About Me View all Downloads
Uploaded: 2nd Feb 2008 at 12:50 AM
Updated: 17th Nov 2009 at 10:58 PM
I had no internet one day but had the Bodyshop on so being bored I started making a Sim without any purpose to make a specific one. Basing on the amazing Jean Blonden skintone by Stefan I created a male Sim. After about an half hour the Sim looked so good that I decided to make him perfect so, created eyes, lips and clothing especially for him. The final result is Mr Handsome - Robert Hawkwood

To be honest, if he'd be a real person I would totally fall in love with him!

I was really bored

haha... I even wrote him a short bio:

Robert Hawkwood is 29 and lives in England. Is a musician, plays rhythm guitar in his rock band called Acklay. Robert is an easy-going person with great sense of humour and a bit of rebel inside. He is always the one who starts a talk and the ladies just love him XD Although he had many girlfriends, still haven't found the right and special one. Now his life is fun but, as soon as he'll found the perfect lady and he'll be 100% sure about that, he will start to think serious about marriage and family.

So, girls and boys, take Robert with you to a party and just do your job as matchmaker, who knows, maybe you will find the right woman for him :D

02.02.2008 EDIT:
I totally forgot that I've made a dark brown recolor of Raonjena hair long long time ago. I was sure it is Raon's hair color I used in my previews but was wrong, lol.
It's my recolor and I re-uploaded the .rar file with the hair. So, please, RE-DOWNLOAD Robert if you want the hair but, you will have to get the mesh to make it appear in your game. Oh silly me!

The cigarette on one of the previews is photoshoped. I do not promote smoking.

Description: ROBERT HAWKWOOD by Kamikitten @ MTS2 DO NOT UPLOAD!

This download requires one or more meshes to work properly. Please check the Description tab for information about the meshes needed, then download them below:
Also Thanked - Users who thanked this download also thanked:
Anika - A Cute Sim by Zombie Jill
by ZombieJill
Emily * Porcelain Doll Child
by kamikitten
Salus - A New Boy by Zombie Jill
by ZombieJill
SIMply Sam
by agustin
Varg: A Swedish Sim
by hrekkjavaka astarkort
Jill - A New Model by Zombie Jill w/ Blended Skin and More!
by ZombieJill
Justine
by Zaggytiddies
[Model for my Sikn]The black cat-Teizo
by teru_k
Barbie TheDoll (yes I am serious...)
by @Stefan
Vie
by Zaggytiddies
Back to top