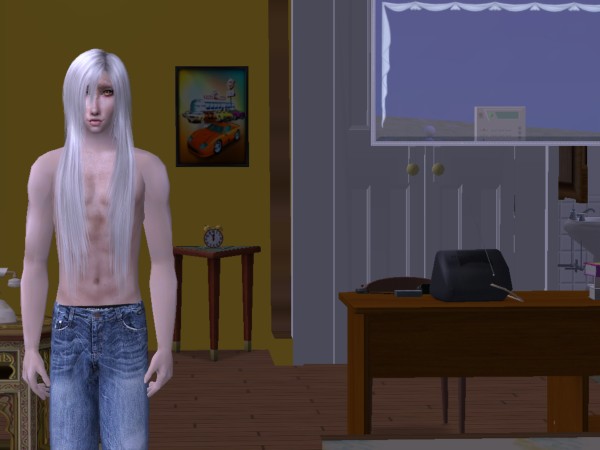 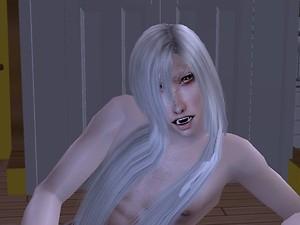 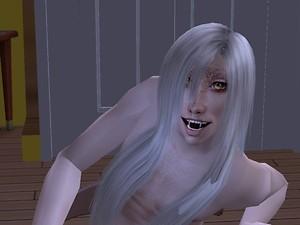 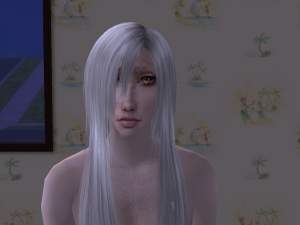 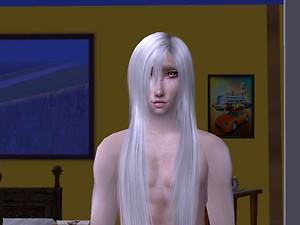 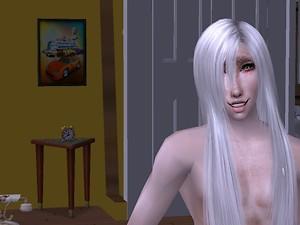 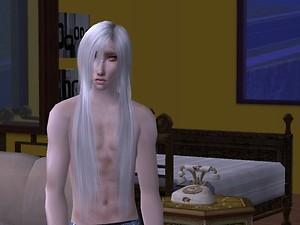 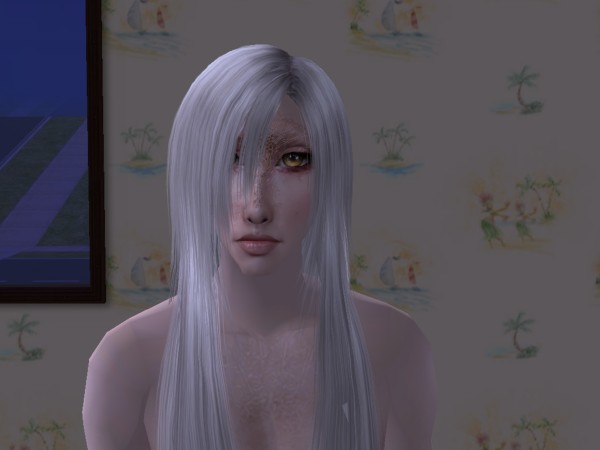 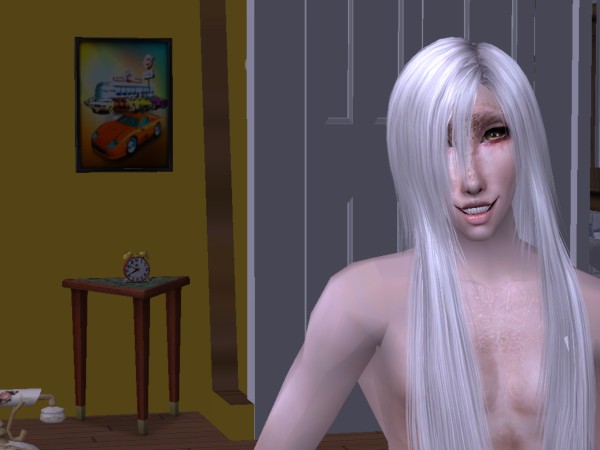 This is Aeius. He's a -very- pretty male sim (a bit too pretty for my liking) and he's a fantasy...vampire...thing. All I know is that he's got fangs, beautiful skin, and he's rather nocturnal. He came quite literally out of nowhere and is living in a town called Lakesview by himself, writing his novel and shooing neighbours away from his house xD On occasion, he can be persuaded to go out by his lovely friend, Gabrielle. He generally spends these nights out preying on sweet innocent young things and attracting admiring and slightly alarmed glances as he flirts shamelessly with the man at the bar. He gets like that...so don't be alarmed x]

Dislikes; Neighbours, TV, mirrors, the daytime, his computer breaking. And painting. I bought him an easel, and he wouldn't go near the thing. 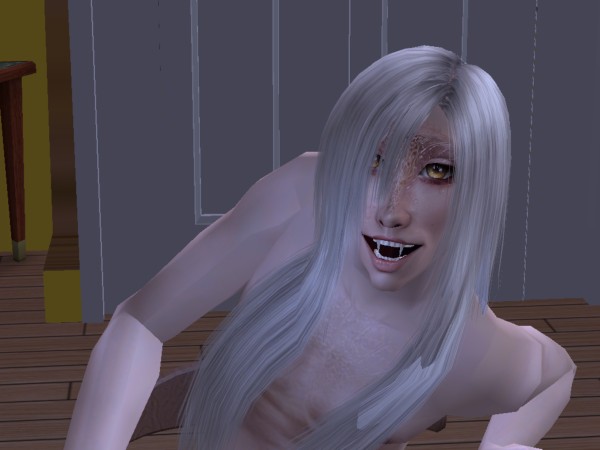 Notes: Please Read! He isn't actually a vampire ingame. Instead, he's using generalzoi's fangs for all ages, which you'll have to get from the link in the meshes required box. He's not packaged with the hair in the pictures either; instead, he'll be using maxis hair in CAS. But go get the hair, because he looks great in it, and it's a fantastic mesh! It's ijn the meshes required box too, so there's no excuse not to

everything else, jeans, skin, brows, and eyes is included though. So go click the thanks button on the creators sites a couple of times, okay? 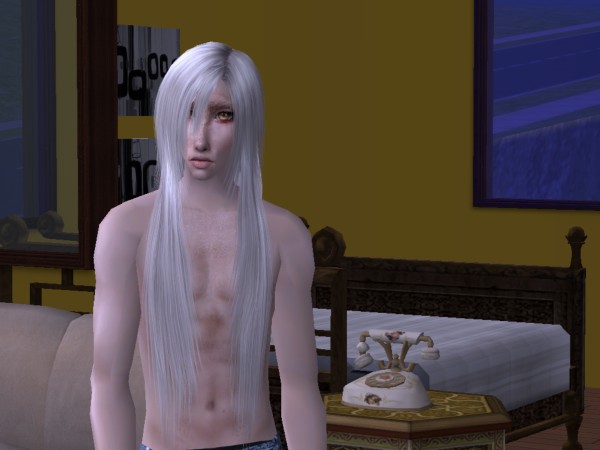 The Bookworm Has Policies :O

hello :]
despite the fact that i only have one upload up...i have Policies xD
- you can alter my sims in any way for your own game. that's only fair. hell, turn them into scary gender-switched lizard people with fangs if you so wish.
- don't claim my sims as your own work. just don't.
- don't upload my sims on any sites, whether it's your own or somebody else's. if you really want to, ask permission from me first.
- and if you want to use one of my own sims as a base for another of yours, ask please?