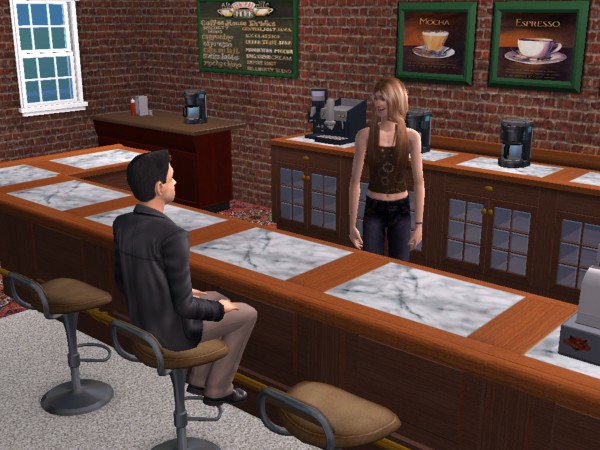 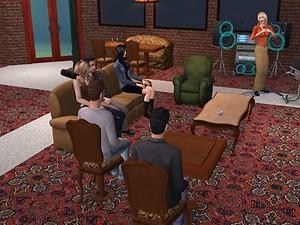 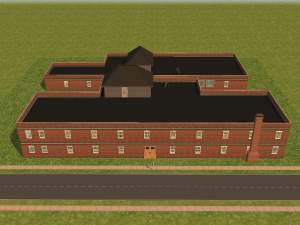 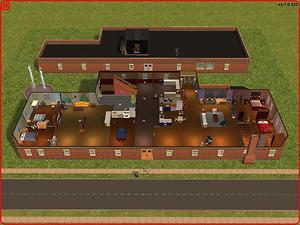 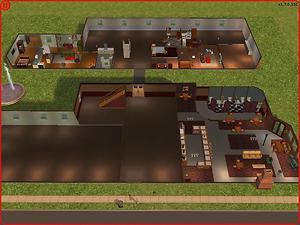 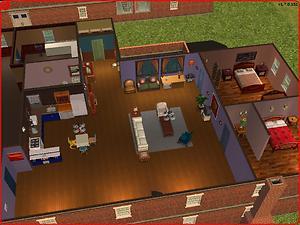 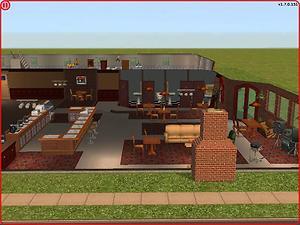 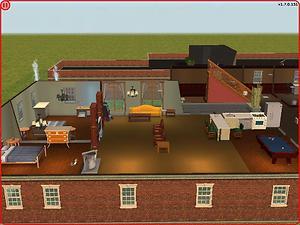 I have finally got my new computer up and running and I decided my first new project was going to be the requested LIGHT version of my very first upload - the FRIENDS mansion!


SIZE: Huge (biggest lot)
COST: 357,809 Simoleons
EXPANSION PACKS: I've marked this thread with the expansion packs I had when I made this house (University, Nightlife, Open For Business & Glamour Life Stuff). I thought I'd add that I've used stuff from all these expansions in the house, though very little from both OFB and Glamour - so I guess you could download the house even without those and it won't be a catastrophy in the game. (Assuming it works like it did in TS1 and those particular things just doesn't show up).


Like last time, it includes all four apartments and the coffeshop Central Perk, though I've eliminated all the unnecesarry space to give it a better chance to cope with your computer. Everything else though is exactly as it was before.

The only empty space left is right under Chandler and Joey's apartment since I wanted to keep Central Perk below Monica and Rachel's apartment. In the other building I've moved both Ross' and Phoebe's apartments down to the bottom floor and deleted all the other floors. I've also deleted the asphalt I had all around the house, not as realistic as before, but hopefully it helps with the coping a bit.


Monica and Rachel's place of course have the balcony, though I put a door there insted of a window so the Sims can actually go out there too.

In Joey and Chandler's place I've replaced the foosball table with a pooltable, and their bathroom became a bit weird since that magic bathroom keep changing size and furnishing in the show =P

In Ross' place I had to make up a bit because they don't show the other rooms than the livingroom that much, but I think I got the kitchen just about right and the bathroom is at least in the direction they usually go when they "go". It is told he have two bedrooms so two it is.

In Phoebe's apartment it's the same thing with the bathroom and the bedroom, you really never get to see them so I've improvised but at least put them in the right direction. I've also put a few of the "wierdest" paintings on the walls to represent Gladys (the creepy painting Phoebe made herself with a lady coming out of the frame) and I've also placed an electric guitar in the corner because in The Sims there is no acoustic one.

In Central Perk I've put a fire place on the wall facing the couch (where IRL the audience sit) to make the coffee house cozy. I've also placed the kareoke machine there to represent the little stage where Phoebe performs.


In the exterior pictures you can see the fountain outside which is there to represent the fountain they're dancing in at the intro. The flowers at one of the roofs is to represent the "pot garden" Chandler found on Ross' roof in one episode. Both roofs also have a telescope, mostly because of the episode where Ross wanted to go up and look for the Bapstein King comet.


Hope this helps for you guys who wanted the house but couldn't use it because of the size. It sure made a big difference in my game

Let me know what you think!