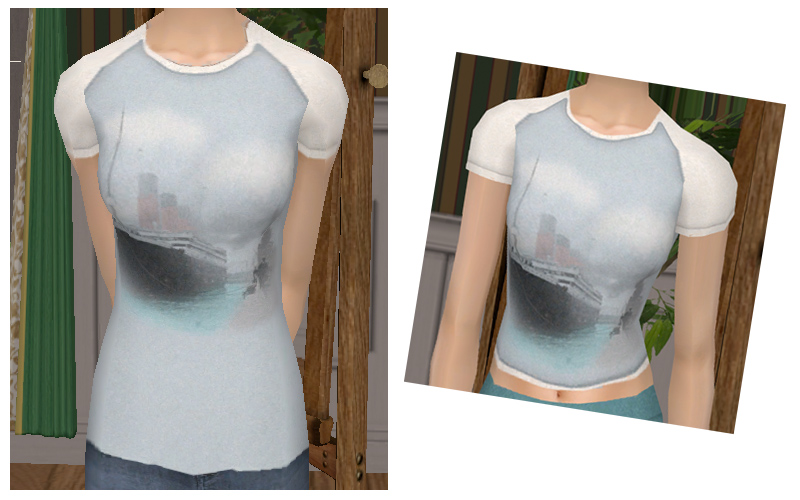 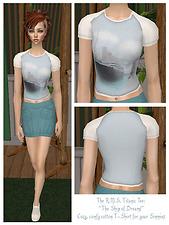 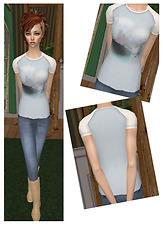 Created by Dawn_
View Policy / About Me View all Downloads
Uploaded: 6th Sep 2008 at 12:28 AM
Updated: 29th Nov 2008 at 1:50 AM - Cleaning description
I'm sure most everybody has heard about the ill-fated R.M.S. Titanic, the crown jewel of the White Star Line, and when it was created, the largest moving object ever made by mankind.

"Titanic" is also a word in the English dictionary, and this is its definition:
"Of exceptionable size, strength, or power".

Also, the ship Titanic is also mentioned in the dictionary, distinguised by the fact that the liner is a proper noun. Here is some basic information about the Titanic (from Wikipedia):

Titanic was owned and operated by the White Star Line and was a part of the Olympic-class fleet: Olympic, Titanic, and Britannic. The idea of these ships was conceived in 1907 in an attempt to rival Cunard's Mauretania and the ill-fated Lusitania.

White Star Line was a British company owned by J.P. Morgan's American company, the International Mercantile Marine (I.M.M.). White Star's ships were built exclusively in Belfast, Ireland by Harland & Wolff, and all their names carried the unique distinction of ending in "-ic".

Of the three Olympic-class liners, two of which served New York and Southampton on a weekly schedule, and one of which was a WWI hospital ship, the Olympic was the only one that was not sunk. Britannic foundered in 1914 after hitting a mine in the Aegean sea. 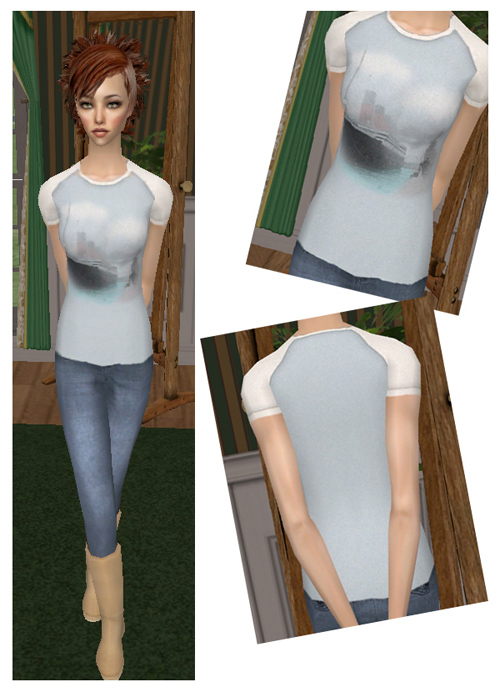 I spent time to color in a black and white photo of the Titanic, and the result is a cute baseball-style t-shirt in light blue. The untucked version is especially nice because you can wear it with untucked or tucked bottoms.

There are two files, and I am sure you can easily pick which one you'd like to download. Enjoy, and please check additional credits for model info

Melical brought to my attention the Freedom of the Seas (owned by Royal Caribbean), which has more GRT than the Queen Mary 2, which is owned by Cunard/White Star (operates under Cunard) and is the largest ship in the world. However, according to QM2's Wikipedia page:

"She lost the gross tonnage distinction to Royal Caribbean International's 154,407 GT Freedom of the Seas in April 2006, but QM2 remains the largest ocean liner (as opposed to cruise ship) ever built, and her width, length, and waterline breadth are unsurpassed by any other passenger ship."

Therefore, I suppose the ships are, in a sense, tied.

This is a new mesh recolour, and means that you will need to download the particular mesh itself in order for this to show up in your game. See the Meshes Needed section or read the text for more information.
Files Need help with downloading or installing content? Click here!

This download requires one or more meshes to work properly. Please check the Description tab for information about the meshes needed, then download them below:
Also Thanked - Users who thanked this download also thanked:
Fanseefem Casuals - Untuckable Shirts + Slouchy Jeans... for the Laydeez
by HystericalParoxysm
Comfy Sleepwear Mesh + Big Recolour Pack!
by HystericalParoxysm
Bolero + shirt in 7 colours (untuckable)
by sga_girl
Alpha-Editable Dress Top - UPDATED Sept. 24, 2006
by HystericalParoxysm
TF- Abercrombie: Summer Edition
by escand
- Sometimes - Comfy sweaters for the teen girl
by migamoo
- Convertia - K&BS Pjs conversion for teens
by migamoo
Set of 25 untuckables for the teen girl
by migamoo
Pajamamania! Stripe PJs for Grown-Up Girls
by bruno
Abercrombie for All Seasons [NEW MESH]
by llamapiccolo
Packs Needed
None, this is Sims 2 base game compatible!
Other Information
Age:

Hey there, just a little info.

My name is Kate. I also go by "Greymanticore" in the Sims community, as well as "Sunshine-Faire".

I ran a website with the Wicked Nouk Family by the name of Sunshine Faire, but then decided to open a LiveJournal account for personal reasons.

You can find more of my work up at my LiveJournal, as well as at GoS (My username is Sunshine Faire, but I go by Greymanticore).

If there is anything wrong with my files, please send me a PM or comment on the file's thread. I will try my best to correct the issue. All my files are compressed using the Compressorizer and most, if not all, AF clothes are also available for YAF.

I am in the process of uploading some of the old Sunshine Faire files... I have them, but I need to take previews because I lost the old ones. :rolleyes: