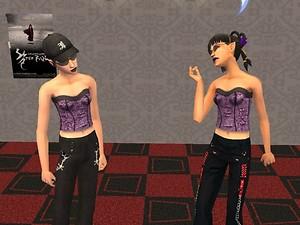 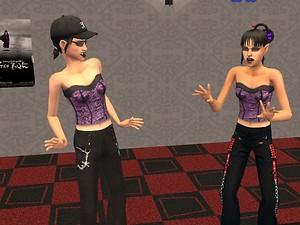 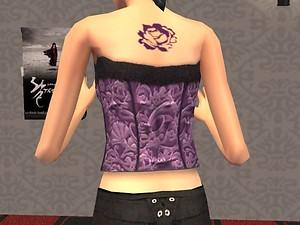 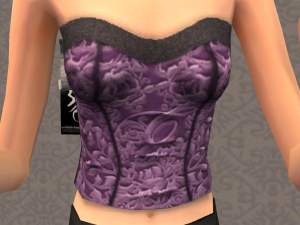 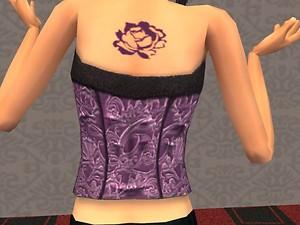 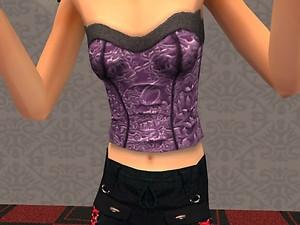 Created by DemonOfSarila
View Policy / About Me View all Downloads
Uploaded: 24th Nov 2008 at 8:57 PM
Updated: 8th May 2009 at 3:30 PM
Hi there. This is the first thing I tried to upload, but anyway, on to the reason you're here. At some point I decided to try making my own stuff, and figured why not share it... even if I don't completely like it (I never like my own artwork, no matter what it is), so after lots of filing mistakes (over-writing and such), 4 re-shades, and it being rejected, I give you my first texture/shirt/clothes, a corset style shirt. It doesn't look overly skin-hugging, because, well, it's not supposed to be. It's not overly baggy either, but yeah. Here's my shirt: 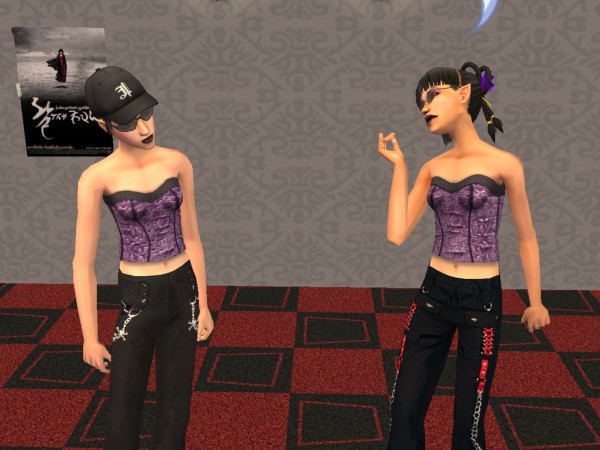 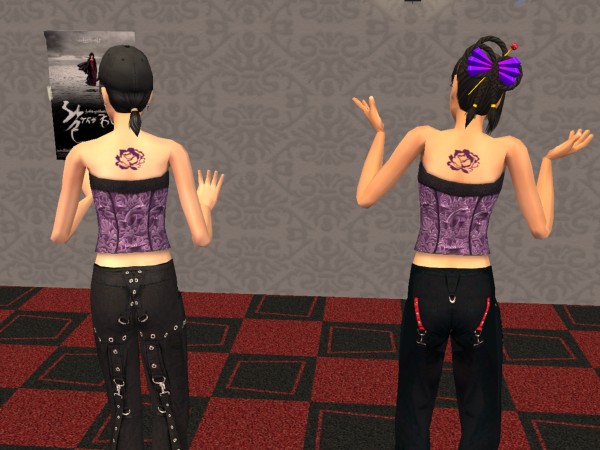 Now, it does have one little problem, but I didn't see it until I was taking pictures last time, and my .psd file is gone... I have no idea what happened to it... it's probably a long story, and I don't know how to fix the problem.... I think it's just the mesh being wonky, but sometimes it does this on both sides: (note - this is true with both versions)

*~Credits~*
Mesh: Maxis
Awesome Tripp Pants: Jenny's and Jane's (you love my names and you know it) both by sleepless_angel
Other Stuff in pics: Maxis
Adobe PS Brush: Medieval flowers Photoshop brushes (this was NOT photo-skinned)
Um... everything else: Me

Also Thanked - Users who thanked this download also thanked:
Alpha skirt and high heels
by marvine
Fanseefem Casuals - Untuckable Shirts + Slouchy Jeans... for the Laydeez
by HystericalParoxysm
Medieval Mermaid Gown
by iamliz13
Vampire Gowns
by sherahbim
Set of 25 untuckables for the teen girl
by migamoo
TeenFashionSet5
by ShojoAngel
Toddler Witches Gown Set - Part of my Witches Gown Collection
by Serena_Moonstone
Teen Outfits Set4
by ShojoAngel
"For Those About To Rock!" - Set of 39 rock-styled separates for your teen girls!
by psych
Uni Rebel Skirts for Teens
by puremorphin
Back to top