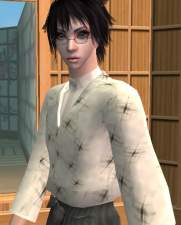 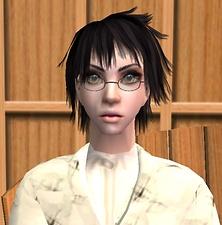 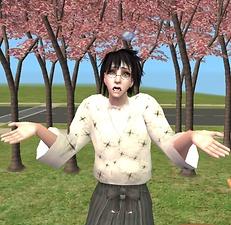 170 Thanks  Thanks     10 Favourited
I stopped making custom sims after my computer got an error which highly affected the quality of my game. Since then, I got a new computer, Sims 2 works wonderfully on it, so I'm back to making custom content, including new sims! The first sim I felt was ready to be uploaded was a character from an anime/manga series that I have recently gotten into.

Nozomu Itoshiki is the protagonist of 'Sayonara, Zetsubou-Sensei' (English translation: Goodbye, Mr. Despair). He is a depressed, pessimistic and suicidal man who teaches a class of dysfunctional students. He sees everything in a negative manner, and will shout out "I'm in despair!" in many different situations. His name written horizontally highly resembles the word 'Zetsubou' (Despair in English), and he is also nicknamed Pink Supervisor after he tried to hang himself from a sakura tree. His clothing is a recolour of Izz35178's Shinigami Uniform (Adult), which can be found here. You must download this in order for it to show up in the game.
Unfortunately, I was unable to make the sleeves of Nozomu's undershirt to show up, so you'll have to pretend he's wearing a short-sleeved shirt for once. D:

As well as this, you also need to download Flora Hair 20 from XM Sims, as his hair is a recolour of that. Don't want him to be bald now, it might just send him into further despair. You can download the mesh here.

Additional Credits:
Volcomrox, for his lovely Japanese-style house used in the screencaps. The house can be downloaded here.

Mengi 65 for the tree recolours, also used in this screencap, and included in the house file. Sadly, the thread where they can be downloaded separetely appears to have been deleted.

The Nozomu cosplayer I took a photo of at a convention I attended. I used this photo to recolour the outfit.


These recolours may or may not be endorsed by jellyheadDimbulb.