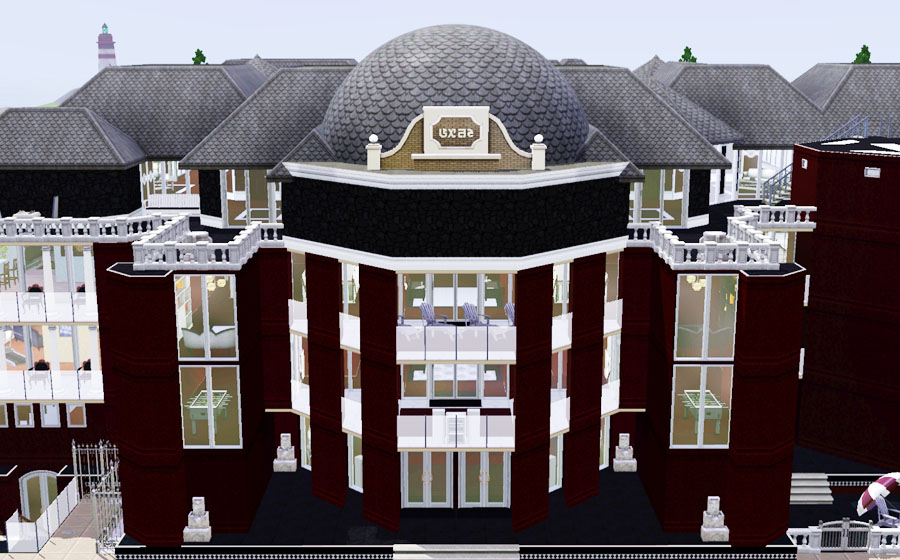 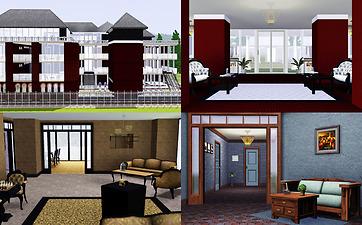 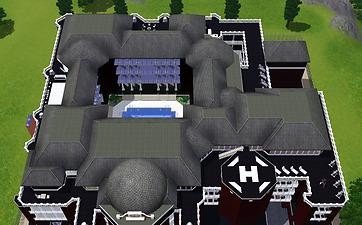 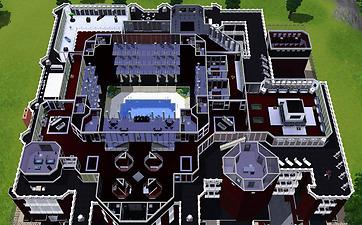 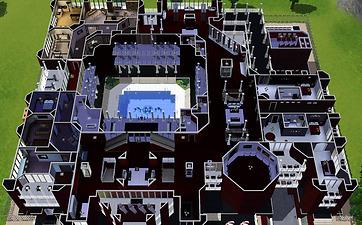 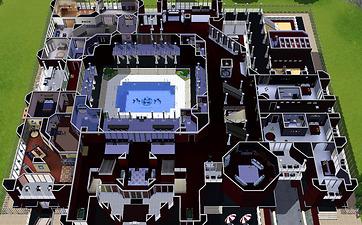 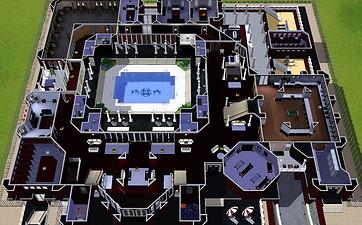 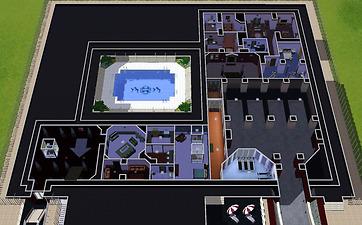 The Red Dragon is many things. Experimental. A memory fiend. Excessively vast and towering. The highest of its priorities is to function as a host for the grandest of public gatherings whose intent and purpose is to descend into the sinful arms of adult interaction, debauchery, and abject scandal. From its stone hull to its interior plaster the Red Dragon ingrains its red, white, and black impression to all the visiting high society schmoozers, politicians, and celebrities so that they will remember it when they think of where the next party of the century will be held. So let's raise our glasses and not worry about how much money this will all cost!

Inherent to the Red Dragon is the sense of strength and support, as the walls and pillars below are shaped in formations to sustain the mass above, creating an atmosphere of safe stability within the structure. The place is also built for traffic, and those few places less than two tiles wide always have another way around. For the residents to enjoy are six separate living homes crafted with their own color schemes. Think of it as having six areas for six individual people. For visitors, guest quarters are available as well as lounges, a multiplayer hall, art galleries, and dancing areas. Drinking rooms are splayed about to provide the lust, and 'romance rooms' are specifically intended for frequent, lively visits.

The Red Dragon was built several decades ago for the wealthy martial arts legend and motion picture superstar, Zhan Mao-kai. After his children graduated college Zhan Mao-kai divorced his wife and evicted her so that he could 'break the shackles which wrongfully held him back, and also nagged him to death.' Soon he became a womanizer and a prolific schmoozer and began rubbing elbows with people in high places. One day an asteroid fell from the sky and nearly missed crushing him. Upon inspection, the asteroid had cracked open and inside was a strange artifact covered in archaic characters which matched Zhan's native language. Inspired by this event, Zhan Mao-kai sent word to his homeland for a team of translators, archeologists, and historians. Known only as 'The Six,' these scientists named the artifact 'Shun-lan.'

For two years The Six studied the Shun-lan artifact and documented and reported their findings to Zhan Mao-kai, who took such an interest in the comfort of his research team that he ordered six living areas taylored to their liking. At first their research yielded little, but soon amazing concepts and theories were proven. Eventually, discovery after discovery became more and more astonishing until it reached a point where the Artifact of Shun-lan was turning science upside down and inside out! Then on one fateful day witnesses reported a bright flash inside the Red Dragon and Zhan Mao-kai, The Six, and the Artifact of Shun-lan were suddenly gone, having mysteriously vanished. They were not seen or heard from again and only a few of their notes and documents were left on the shelves.

Later, the Red Dragon came into the hands of the adult mogul, Leland Chang who hired interior decorators to refurnish and decorate the six living areas and convert Zhan Mao-kai's personal quarters on the top floor into an entertainment hall. This idea was to to everyone's liking and the Red Dragon reopened its doors and became what it is now today.

This lot was tested with the following specs:

Because of the sheer size and amount of objects I strongly advise that you make sure your computer has specs similar or equal to the above, if not greater. You have been warned.

You will need an outrageously insane sum of simoleans to purchase The Red Dragon. The motherlode will likely come into use many times. Fortunately, you don't have to type 'motherlode' each and everytime. The first time you enter the code and press Enter you will get the set amount. From then on, after you press CTRL+SHIFT+C you need only press the Up Arrow to enter the last thing you typed. This way you can get the required amount faster and with less hassle.
Other Information

Number of bedrooms:
5 or more
Custom Content Included:
None: No Custom Content included
Furnishings:
Starter Furnishings: Lot is furnished similar to how one would expect a real life furnished house or apartment to be
Special Flags:
Not Applicable

Description: The Red Dragon is many things. Excessively vast. Intimidatingly towering. Red, black, and white. The hotly debated design of strength and traffic is beyond suitable for the grandest of gatherings where high society schmoozers rub elbows with politicians, celebrities, and anybody who is somebody. So let's raise those glasses and not worry how the owner pays his bills!