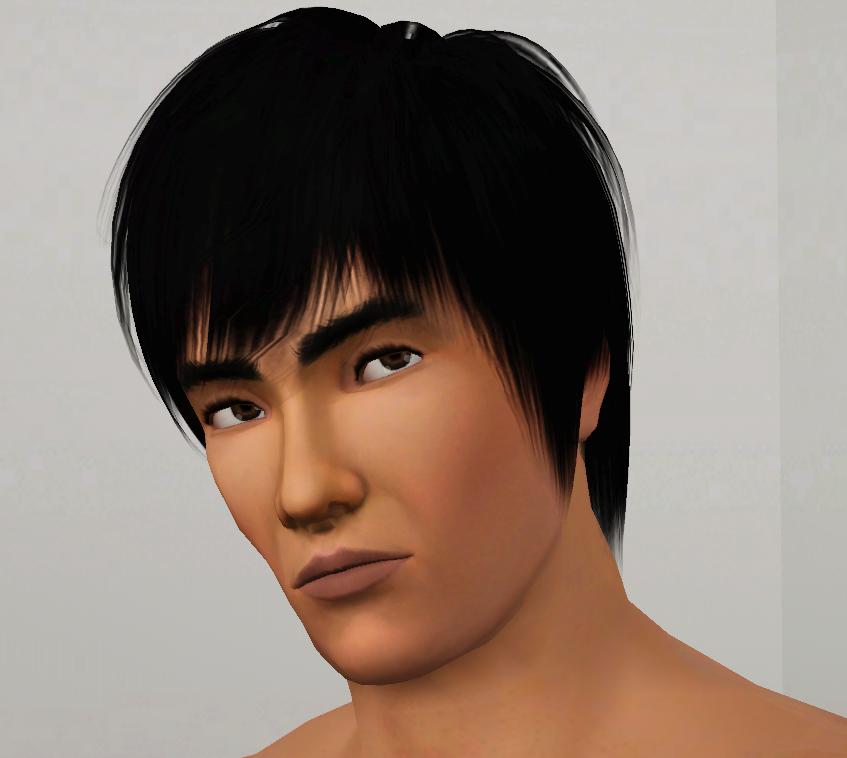 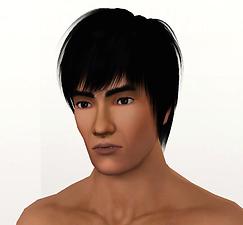 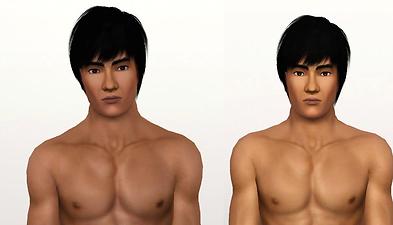 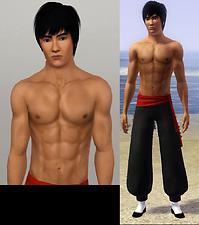 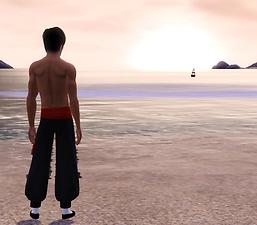 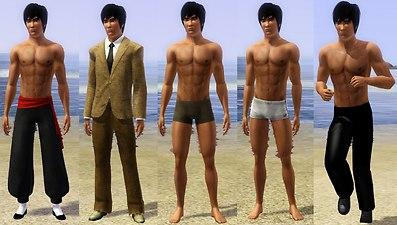 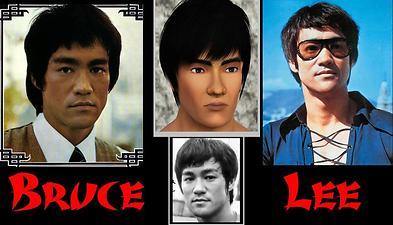 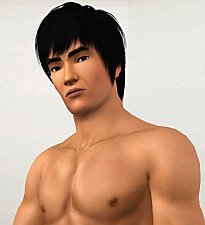 face1.JPG - width=847 height=758
Running water never grows stale. So you just have to 'keep on flowing'.

face2.JPG - width=830 height=767
Faith makes it possible to achieve that which man's mind can conceive and believe.

front1.JPG - width=1280 height=733
A good martial artist does not become tense but ready.

Clothing.jpg - width=1280 height=726
Life itself is your teacher, and you are in a state of constant learning.

halfbody11.JPG - width=715 height=785
When you're talking about fighting, as it is, with no rules, well then, baby you'd better train every part of your body!

12,702 Downloads 1,188 Thanks  Thanks 119 Favourited 159,532 Views
Picked Upload!   This is a picked upload! It showcases some of the best talent and creativity available on MTS and in the community. 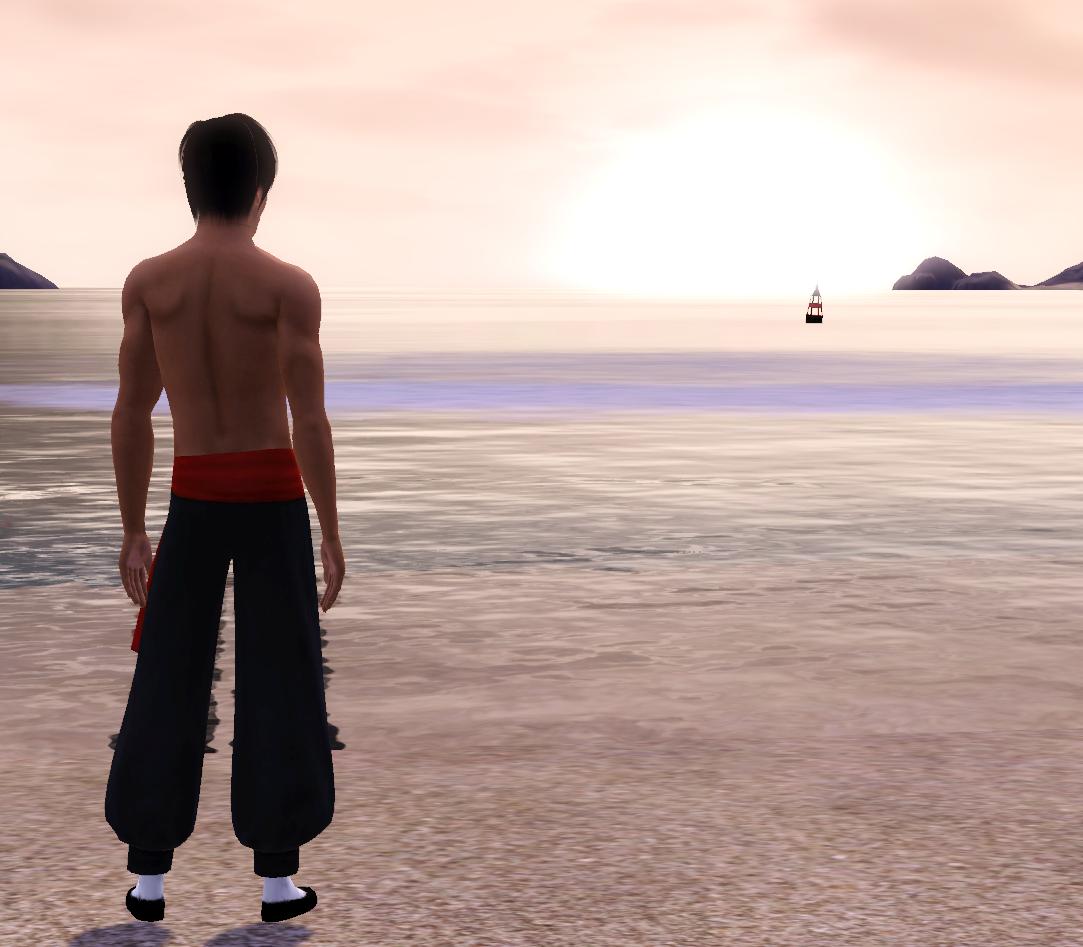 Bruce Lee (Jun Fan, 李振藩, 李小龍; pinyin: Lǐ Zhènfān, Lǐ Xiăolóng; 27 November 1940 – 20 July 1973) was an American-born Chinese Hong Kong actor, martial artist, philosopher, film director, screenwriter, practitioner of Wing Chun and founder of the Jeet Kune Do concept. He is considered by many as the most influential martial artist of the 20th century, and a cultural icon. He was also the father of actor Brandon Lee and of actress Shannon Lee. His younger brother Robert was a musician and member of a popular Hong Kong beat band called The Thunderbirds and was something of a heartthrob in Hong Kong in the 1960s.

Lee was born in San Francisco, California, and raised in Hong Kong until his late teens. His Hong Kong and Hollywood-produced films elevated the traditional Hong Kong martial arts film to a new level of popularity and acclaim, and sparked the second major surge of interest in Chinese martial arts in the West. The direction and tone of his films changed and influenced martial arts and martial arts films in Hong Kong and the rest of the world as well. He is mainly noted for his roles in five feature length films, Lo Wei's The Big Boss (1971) and Fist of Fury (1972); Way of the Dragon (1972), directed and written by Bruce Lee; Warner Brothers' Enter the Dragon (1973), directed by Robert Clouse, and The Game of Death (1978).


Bruce Lee is a legend and this is only the short story, for the FULL info please check out the wikipedia link -> >> C L I C K <<

You know what I want to think of myself? As a human being. because, I mean I don't want to be like "As Confucius say," but under the sky, under the heavens there is but one family. It just so happens that people are different.


---> I included 2 original SIMS3 items in the download file in order to create Bruce Lee's unique look, That's the "Ballet Slippers" and the "Top Nude Body" converted to EVERY CATEGORY with the help of Delphy's awesome CTU program. You can find the program in this thread -> >http://www.modthesims.info/showthread.php?t=348082<
Many thanks to Delphy, without it, Bruce Lee wouldn't be here now

To install .sim files: Put them into "my documents/Electronic Arts/The sims 3/SavedSims" folder

To install .package files: Simply download the "Helper monkey" -> >> C L I C K << and place the included ".package" files in the automatically created "xxx/Sims 3/Mods/Packages" folder and it shows up correctly in the game. If you have problems, then please read the >> FAQ <<


---> Bruce Lee's "everyday" pants is a STORE ITEM!! In order to display the sim correctly i strongly recommend to spend the ridiculously small amount of 75 simpoints to get the item here -> -> >> C L I C K <<
Usually i don't support the Store, but those pants suited Bruce so well that it was a must have for me.. If you really don't want to spend the points or you don't have any free points left, you can also use the regular training pants in black, but it looks crappy, so be warned!


If something doesn't work for you with the download, let me know via PM or in the comments.

Do not deny the classical approach, simply as a reaction, or you will have created another pattern and trapped yourself there.


So that's about it, the legend Bruce Lee is not dead, in fact he is alive and wants to live his dream in your neighbourhood and enhance YOUR sims experience. All i can add is...


HF with Bruce Lee and "Be water, my friend!"

This download requires one or more meshes to work properly. Please check the Description tab for information about the meshes needed, then download them below:
Also Thanked - Users who thanked this download also thanked:
Alice (from Alice in Wonderland)
by Anubis360
Hayden Xavier
by newone08
Mi-Kwan Soon~Korean-American Beauty
by Sisaly
Mother of Africa, Thandiwe Kewfilwe *updated links as of 17th June 2011*
by FREEDOM_55
Sylvester Stallone
by barty
Harlow Henning
by Sisaly
Lucy Liu
by emmzx
4 Realistic Looking Male Sims
by newone08
Ashton Reed - BAD KARMA
by newone08
Adam Tyler
by newone08
Back to top

I have quit creating for Sims 3 and moved on to other games. I enjoyed creating for MTS and i am happy that so many people liked my sims. I'm still lurking, but i am not active anymore. Hope you still find my sims here and enjoy playing them.

Farewell! But i will probably be back for Sims 4, let's hope they get it right with the editor ;)


!! Must have mods !!
Alternative UI mod for Non-default Skintones by Anach (Anach_CASSkins6x4_1.17.package)
Mastercontroller mod by twallan (Install it and experiment with this baby, you will be surprised!)
Alternative sliderhacks by [B]aWT and CmarNYC (If you don't like awesomemod for some reason)
HQ Modification by aWT (used for HQ textured uploads, you'll see them more often now i guess)

- I create for the BASEGAME ONLY, no Addons! For maximum compatibility.

- All my sims are tested in the basegame without CC (to test , if they crash) and with all used CC before uploading, to make sure they look like in the pictures, if you installed all the needed CC correctly. So if my sims don't work in an addon it might be, because some mods or CC doesn't work there, or a new patch screws with mods.

- If you ask why i add musiclinks to my uploads. It's my way to share my musictaste with the community and i try to make the tracks fit the character.

- ''Why do you have such nice graphics?'' I have every graphic setting ingame and in my card's driversettings absolute max (x16 Ansitropefiltering, Antialiasing max ingame) and i use the max allowed filesize for jpg(250kb) and png(150kb), so i get the best picture quality possible. For the thumbnails i use png format, to avoid pixelation and the slight blurriness the jpg format gives these small pictures.
I use XP-Paint and GIMP to edit the raw bmp-screenshots, which i take with FRAPS.