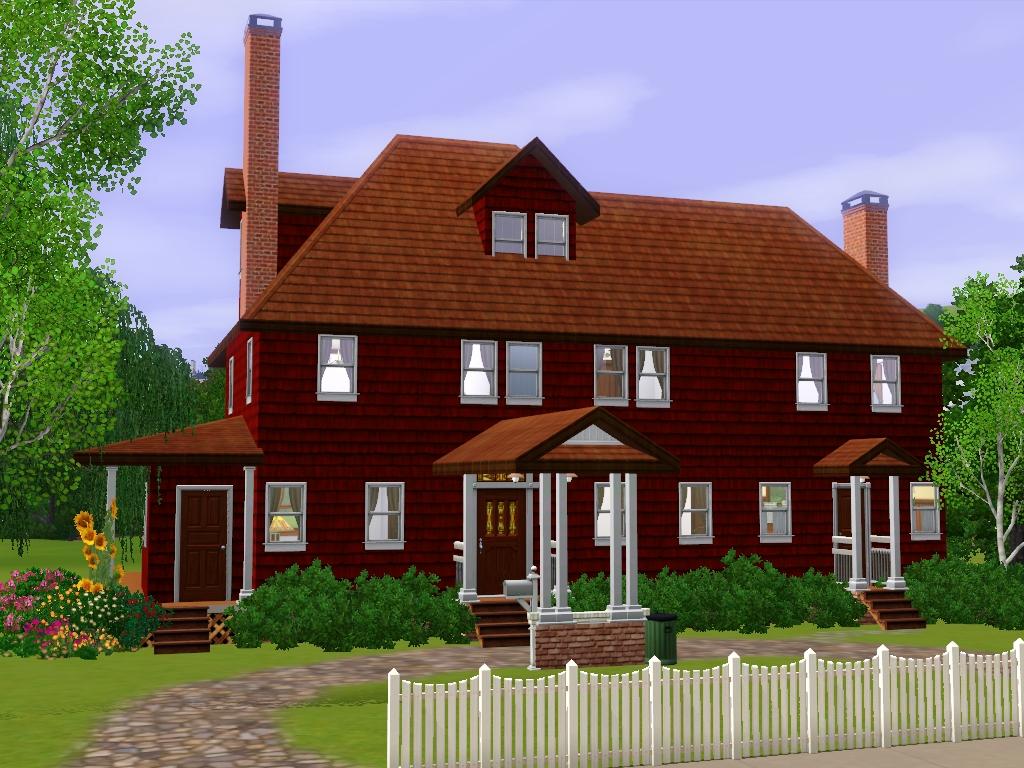 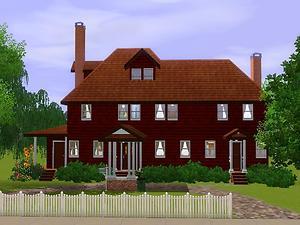 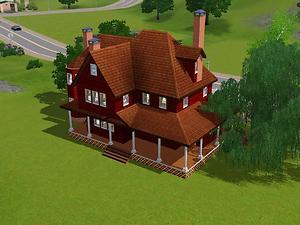 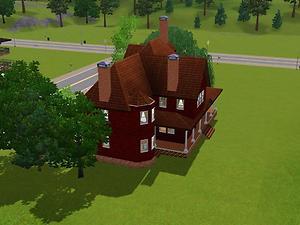 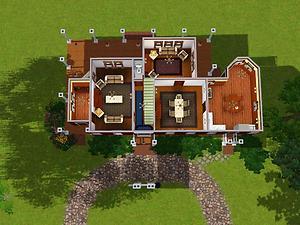 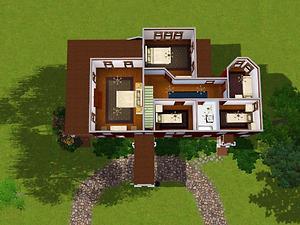 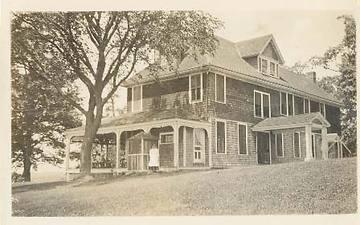 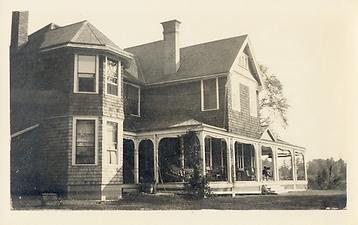 The Front facade with porte-cochère.

This elegant mansion began life as a country house in Castleton, which is located in Upstate New York. The house was built in the 1880s, with a small kitchen addition (visible on the left porch) being added in the 1890s, and being horribly botched in the 1950s-60s with picture windows, a strange overhang, and other destructive changes.

The house features a porte-cochère leading to the front door, a small family entrance leading into the kitchen to the right, and a large porch wrapping around the left side and back of the house.

The rear and side of the house, showing the extensive porch.

Originally, when the house was first built, the rear porch supported the upper story gabled jut-out, and the wall underneath was flush with the rest of the back wall. When portions of the back porch were removed in the 1960s, the wall of the house was re-built to extend the full length and meet the front of the wall. In this house, I have combined features from both versions to increase living space.

The floorplan of the original house was not condusive to Sim living, as they cannot handle small spaces as well as a real human. The kitchen, formerly in the 1890s side addition and with the dining room right behind it, was moved to the right side of the house, absorbing the original family room and mudroom into one large space.

The dining room also moved, so as to be connected to the kitchen. The 1960s addition contains a small bathroom, as well as an informal family living room. The entrance hall sits next to these, and from there you can enter into the parlor. The parlor can also be entered from the mudroom that now fills the 1890s addition.

The house is fully furnished, but not in a period manner as I would have liked. Due to constraints, I furnished the house with basic furniture items from the Mission collection. The only rooms that are "finished", so to speak, are the kitchen, mudroom, and bathrooms. The walls in most rooms are left white, as to emulate the un-painted plaster walls from the original house.

~Welcome~
Welcome to my page. I use the Sims as a architectural simulator, re-creating buildings as well as designing my own.

I build various styles of home, particularly those popular in the 18th, 19th, and early 20th centuries, as accurately as possible with the game's various tools, for my own enjoyment, as well as the intent of sharing them with others.