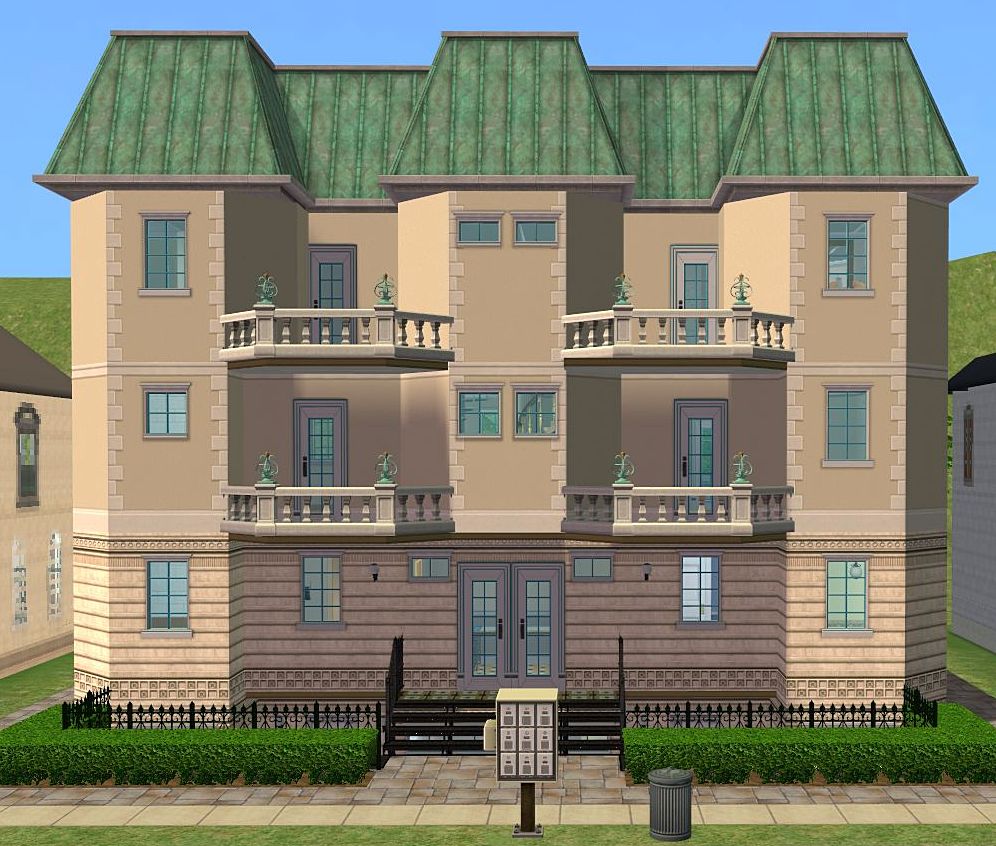 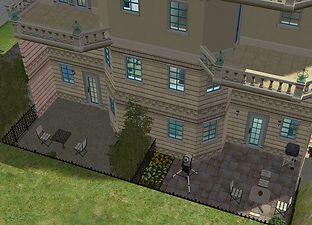 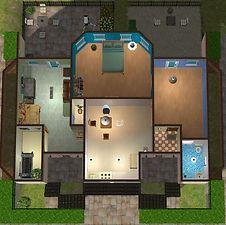 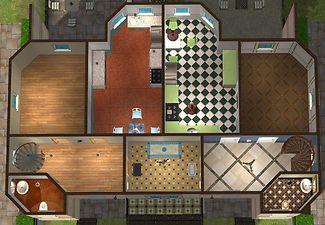 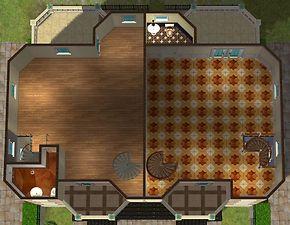 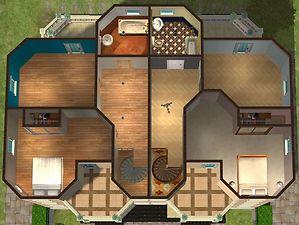 181 Thanks  Thanks     16 Favourited
Living in the centre of large cities is often expensive. But this three storey town house has a basement apartment for sims with a smaller budget. The basement even holds a communal area and access to the shared part of the garden. 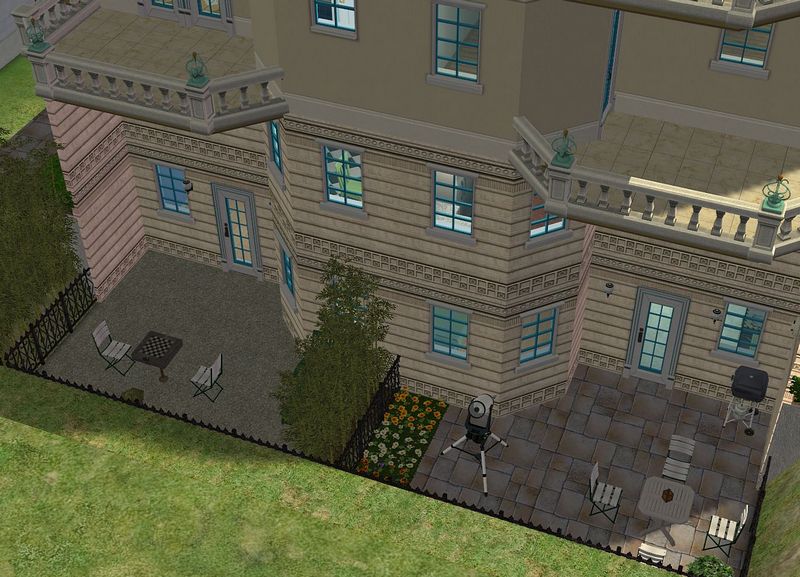 The house contains three apartment units of varying sizes. All apartments contain the bare necessicites and have each their distinct style. 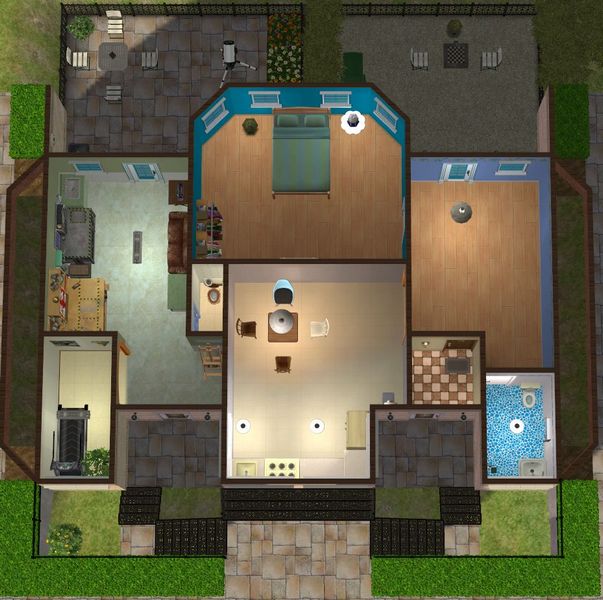 The two large apartments are more or less mirrored and each contain the same number of rooms. One has been refurbished to suit a contemporary taste and has a weekly rent of: 3857. The second apartment retains its fin de siècle charm, costing 4118 in weekly rent. They contain:
- hall
- kitchen
- dining room
- a bathroom on each of the three floors that apartment spans
- large living room with balcony access
- 2 bedrooms with access to each their balcony

note
The lot has been build with AGS and cleaned with CI. It has been tested with no issues. I've also tested the lot in an AnyGame without uni and it still worked fine, so even those of you without uni should be able to use the lot without problems. Missing uni just means that the shower I used in some bathrooms as well as a few deco objects won't show up.

additional credits
Thanks to the MTS and the utility creators.