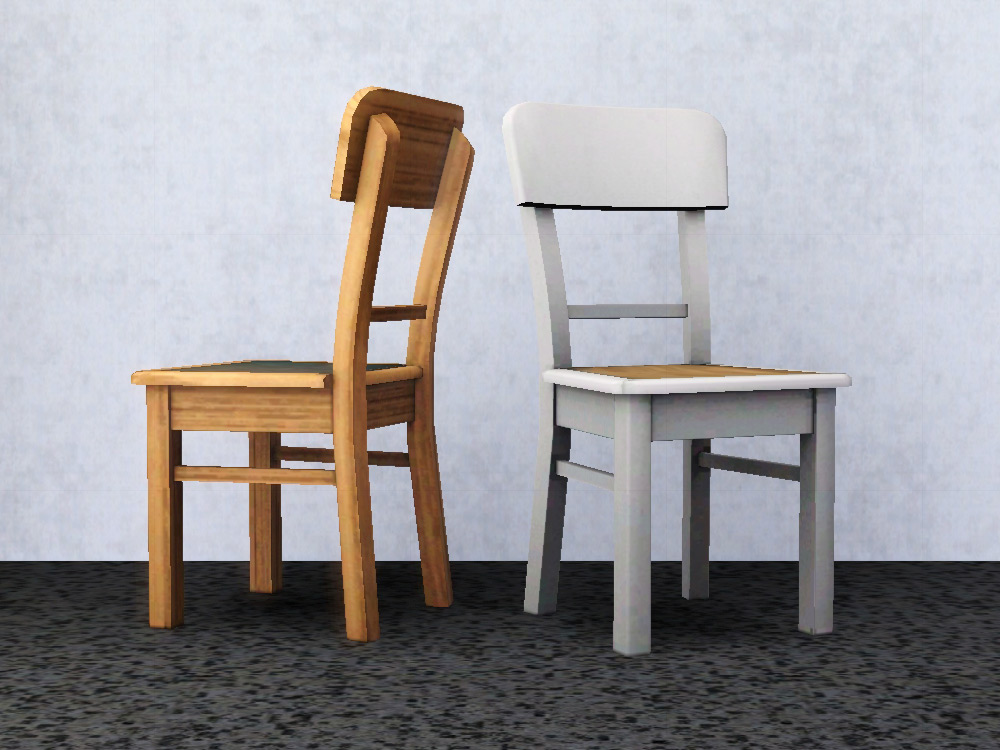 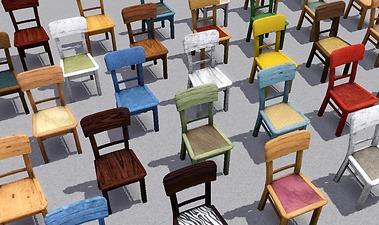 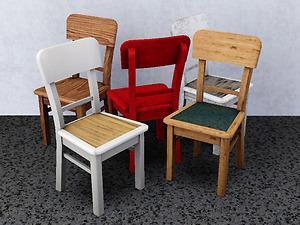 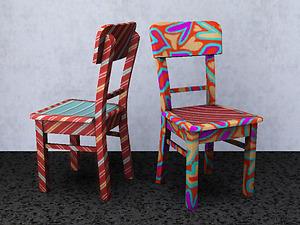 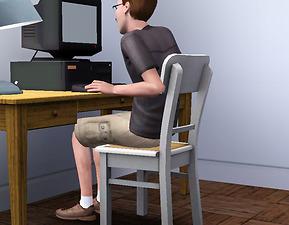 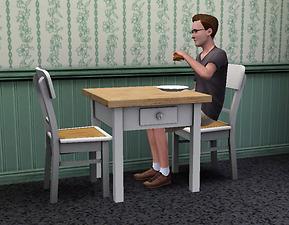 8,341 Downloads 1,167 Thanks  Thanks 66 Favourited 49,162 Views
Personal Picked Upload!   This is a personal favourite of the creator!
Created by plasticbox
View Policy / About Me View all Downloads
Uploaded: 20th Feb 2010 at 10:18 PM
Updated: 25th Feb 2015 at 12:33 AM
A simple and timeless type of chair that I like very much – I have one of these in my kitchen, but it's also suitable for a dining room or study, in kids' rooms, and in schools and other institutions. I think it has no designer, but for me it's a classical example of good form.

Update 2014-08-27: Ran this through granthes’ RigFix and now it works for post-Pets games too. Thanks for testing! Users with Pets or later (or the equivalent base game patch), please remove the old package and use the “rigfixed” one instead. 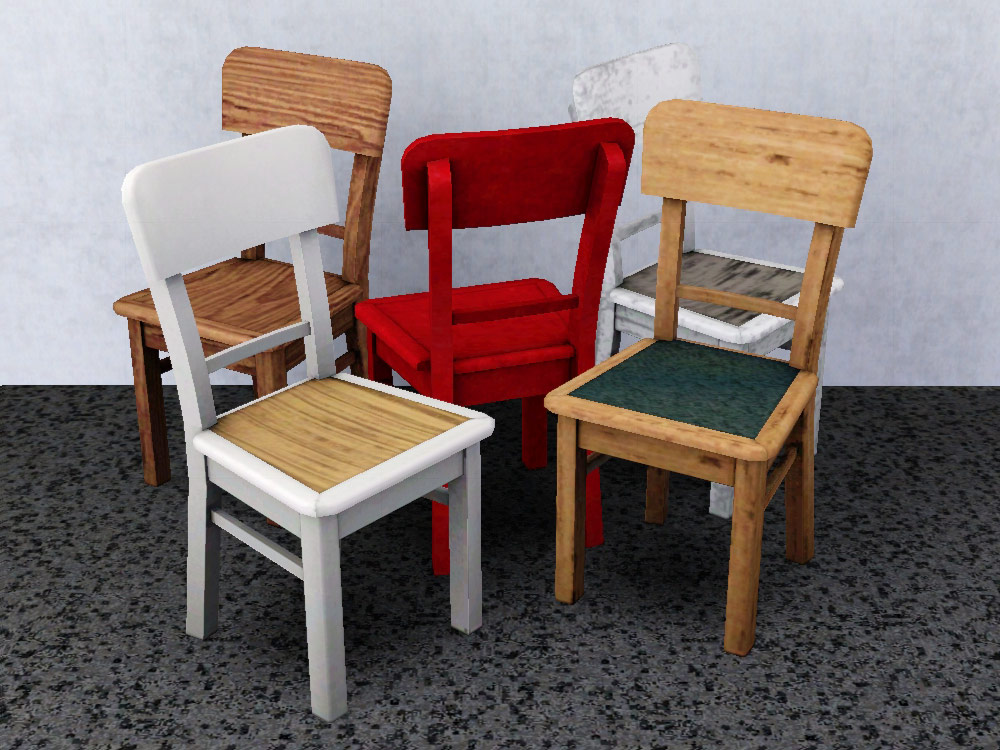 Two recolourable channels: seat and frame. Five custom presets (shown above); three of them are matching my Simple Table, plus a wood-and-linoleum and a red version. There are many other ways in which this chair can look good, see screenshot below. It's mapped so that it also works for all sorts of wild patterns (see the "mapping" screenshot).

The chair costs 80§ in game and is available as a dining and study chair. It is made from 1.8.25 files, and is a frankenchair made partly from the PatioPlastics and partly from the Quaint chair.

- when playing computer games, sim's elbows sometimes clip into the back a little (see the "playtesting01" screenshot). I didn't want to move it any further back than I already have, because then sims look a bit uncomfortable when they're just sitting.

- Fat sims' legs clip through the front edge of the seat, but they do that with EA chairs as well.

- After saving and restarting the game, chairs that already exist in the world will have a two-tile footprint. It reverts to one-tile again when a sim is using it; newly bought chairs also have a one-tile footprint. All custom chairs have this issue – it's got nothing to do with anything in the object and apparently not with the cloning process either. The best guess at the moment as to as to what is causing this is "I am guessing EA had to put in a kludge of some sort to suppress this behaviour in their own chairs – probably comparing against a list of known objects and if it is one of these (known object list), reset the footprint" (Inge in this thread).


Made in blender with the help of s3pe, s3oc, objtool, Milkshape, Postal, BBEdit, Photoshop.

Many thanks to HugeLunatic and Inge for their help with looking into the footprint issue, and to cmomoney for his tutorial on custom presets.

I do not take requests. Please respect that. This is Mod The Sims, not Plz Make Stuff For My Sims Because I'm Too Lazy.

Canonical Kitchen Chair for TS4
Back to top