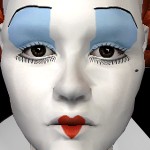 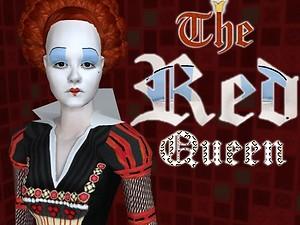 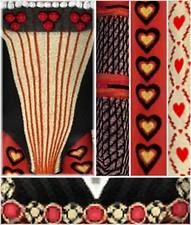 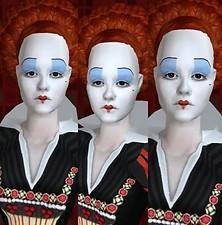 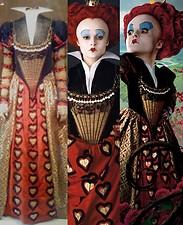 5,082 Downloads Quick download 392 Thanks  Thanks 38 Favourited 61,333 Views
Picked Upload!   This is a picked upload! It showcases some of the best talent and creativity available on MTS and in the community.

Created by Wicked_poppies View Policy / About Me View Downloads Home

Every time a Tim Burton film is made and I see that his lover/partner/baby-momma Helena Bonham Carter has been cast in one of the lead roles, I think “Oh lord, not again! This is getting old!”. Then I see the film, and despite myself I end of liking her. The same was true in the newest “Alice In Wonderland” film. 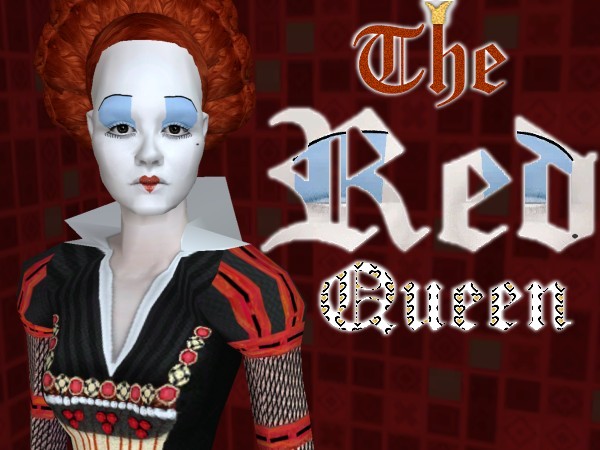 I love how carter played the Red Queen as very childish and demanding like her own toddler. While I first thought that her large head was an attempt to make her more cartoonish, it actually proves to be a nice metaphor about bigheadedness in those with power. Also, I love that her character seemed to just be searching for a place where she was not a freak with a big head, though she goes about it in a bad way. At one point in the film she asks if it is better to be feared, or loved….. which is surprisingly deep for a film with talking animal in it if you ask me. 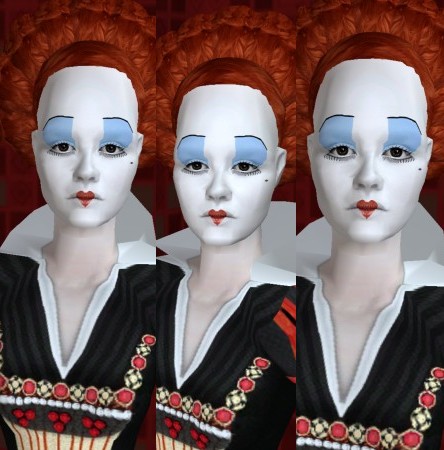 As far as the sim goes, I made her head as big as I could while keeping it from looking sloppy and distorted. The Red Queen requires no meshes to be downloaded separately, because they are all included with her. Her eyes also act as a face mask, and her outfit covers the rest of her body entirely, so she is ‘wearing’ an unseen maxis skintone. The hair is by Nouk, with a re-worked texture by me. The dress mesh is by the lovely denise_316. I do realize that the texture on the dress looks distorted a bit in places because of the mesh. However after searching long and hard I decided that I could deal with a little distortion of the texture in order to have a dress with the kind of high collar I needed. I would like to thank denise_316, Nouk, and Bruno for having such lenient policies with sharing their hard work. 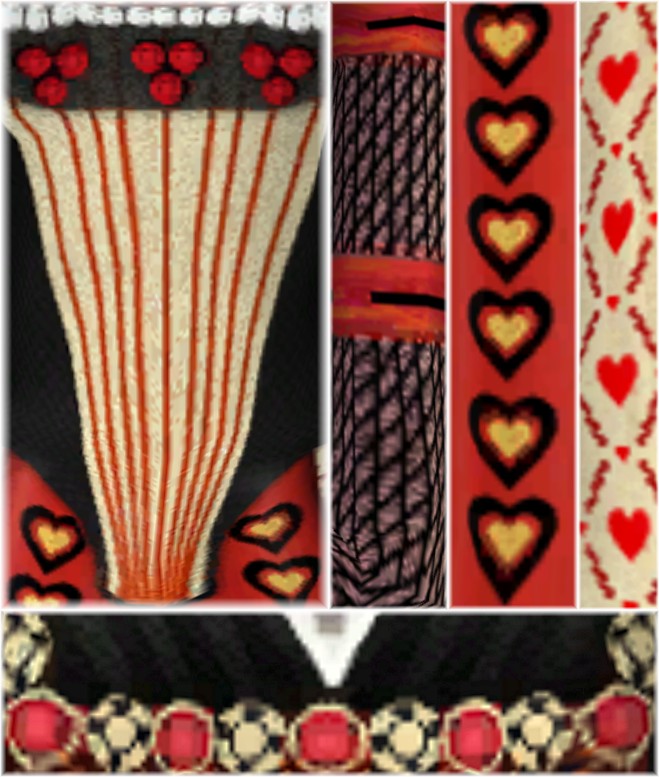 If you use her in pics or video please let me know because I would love to see!
Enjoy!