Nose contour and Tired eyes make up for Defined noses and realistic eyes! 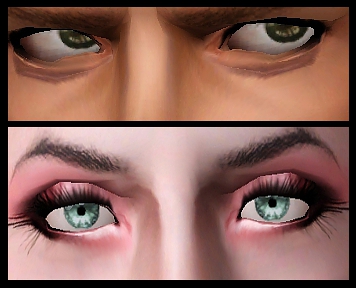 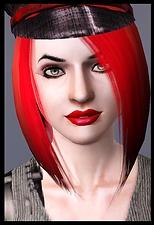 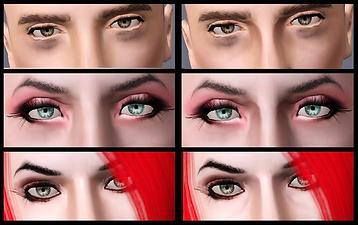 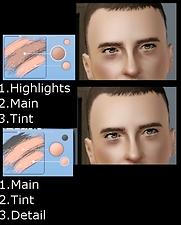 I was re-doing my Anakin's nose for seriously like the 200th time when I realized a possible way to get rid of the 'fat nose' that occurs when trying to create a realistically undefined nose. You know, the nose get's really fat right between the eye. And that's SO ugly, all of celebrity-creators know that from the heart, right... :/

AND HERE IT IS! A way to define the upper part of the nose without the fat nose and without making the lower part defined!
It has three recolorable channels, which enables different volumes from barely visible and natural to very defined.

Also, as there can't be enough realistic eyes, I made another version, which has an added detail under the eyes. With this, you can make tired and/or realistic eyes!

AND, because celebrity creating requires sometimes loads of CC use, I made both versions in eyeliner AND blush category so that you won't have to choose to leave any desired feature out.

These are from teen to elder, for both genders.

Anakin's hair (free) Peggyzone, converted by Anubis360
Red hair by Annihilation
Red head's hat by Rose (under TS3, accessories, page 11)
Skins by Peggyzone (under TS3, free, skins)
All make up, eyes, brows (except brows on ladies by Nandonalt ) stubble and iron arm by me, available in my downloads section (except the iron arm which I'll upload some other time).
Other Information