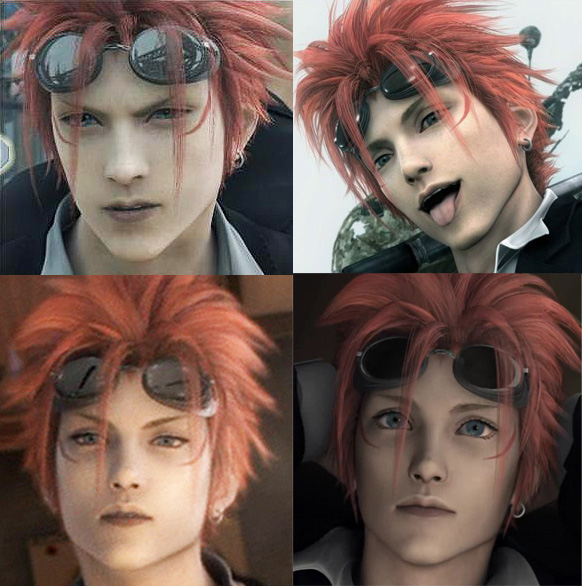 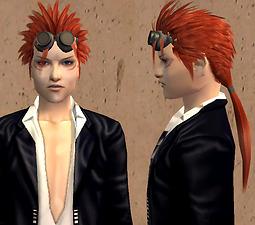 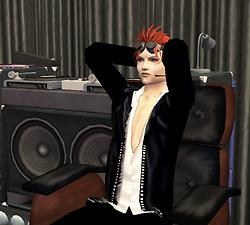 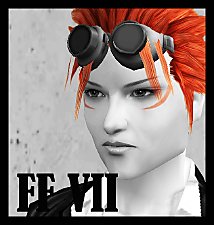 280 Thanks  Thanks     33 Favourited
Update: I've updated the pictures of Reno with a wonderful hair made by mio0331.

I'm presenting you another Final Fantasy character, and this time it's Reno "the hunk". My second and last out of all the wonderfull characters in this series. The reason I only wanted to make him and Paine is that they are my two favourites. I haven't watched or played FF much, but sometimes characters just grips you because of their appereance.

Wiki:
Reno has a lanky physique, unkempt red hair terminating in a long ponytail, and two symmetrical red marks on his cheek bones (apparently tattoos). He wears goggles, pushed up onto his forehead, an unbuttoned suit jacket, and an untucked dress shirt. He is cocky, cynical, and somewhat lazy. Despite his appearance and attitude, Reno is regarded to be a relatively prominent worker; while third in command he takes his job with pride and obtains skills that allow him to surpass many of his fellow Turks. He works hard and dedicates his life to Shinra and as a Turk he does as he is told without hesitation. He possesses a rebellious temperament and his actions are in turn quite sadistic, which can be contradictory to his laid back personality.