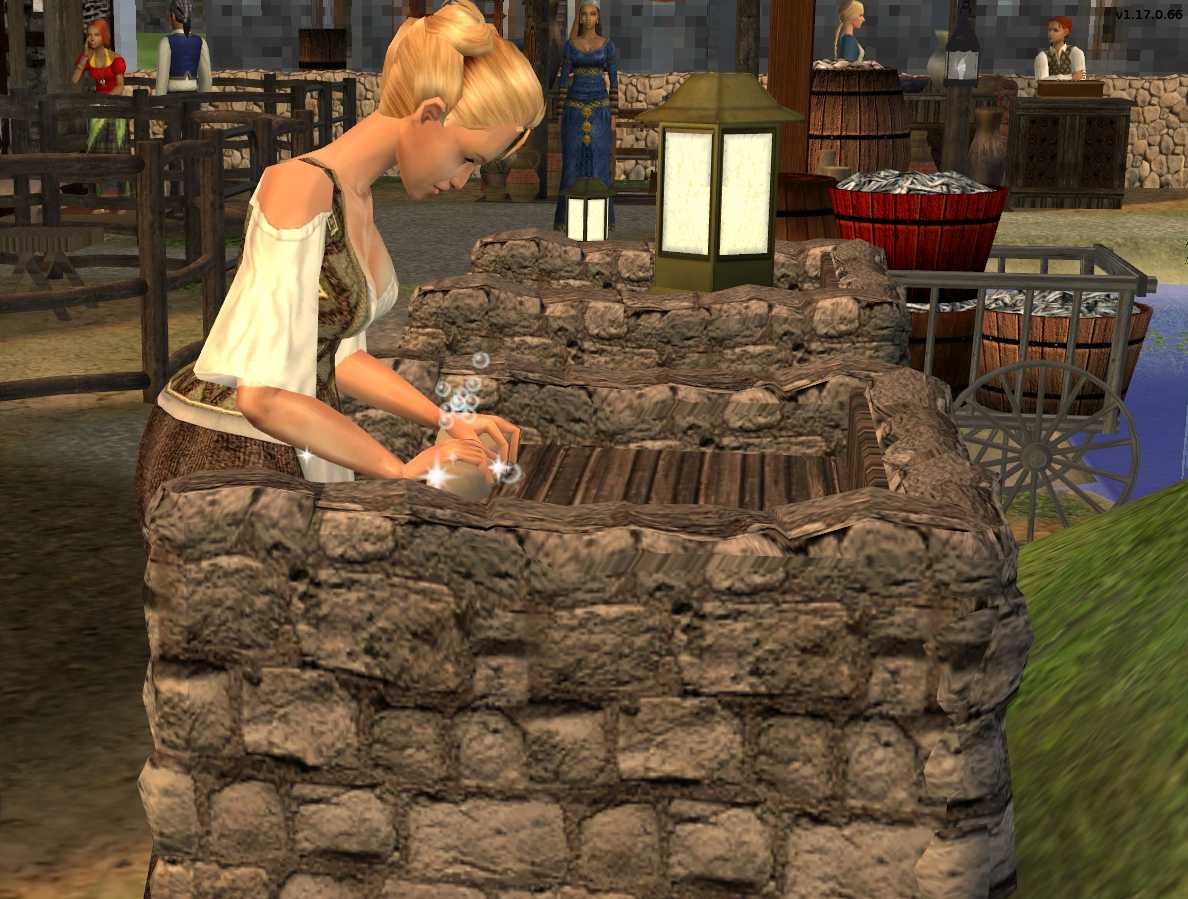 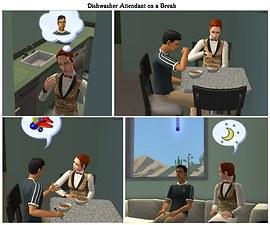 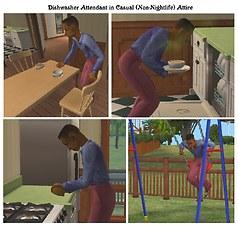 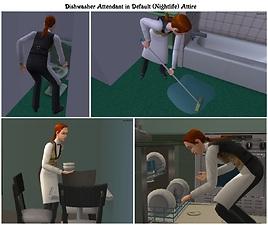 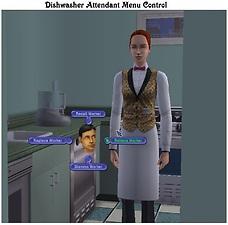 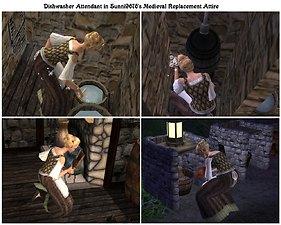 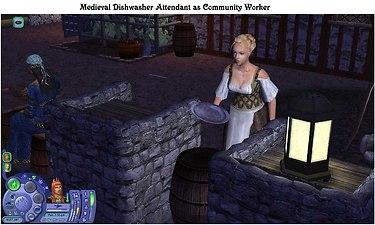 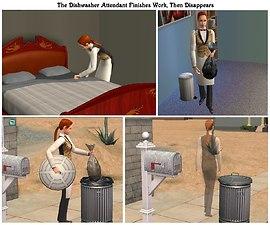 555 Thanks  Thanks     63 Favourited
This is a new mesh, and means that it's a brand new self contained object that usually does not require a specific Expansion pack (although this is possible depending on the type). It may have Recolours hosted on MTS - check below the description for more information.
Title: Maintenance Free Dishwasher with NPC Worker (No More Dirty Lots)

3) The filesize was significantly optimized from 131 kB down to 17 kB.

2) If Nightlife or a later Expansion Pack, or any Stuff Pack, is installed, to provide an attendant NPC worker who loads the dishwasher and performs general cleaning duties on community and residential lots. My original purpose was to provide an NPC worker to keep Bon Voyage community caravan and tenting lots clean and tidy, but I have found this attendant useful in many other scenarios. This is a hack-free project that does not create a new NPC, nor modify any existing game coding. This maintenance free dishwasher is found in the Residential catalogue under Appliances/Large, and in the Community sort under Food/Appliances, Misc/Appliances and Outdoor/Appliances, at a cost of §955.

The custom dishwasher is slaved to the Basegame expensive dishwasher, so any recolours available for the EA dishwasher are available to it. The package includes the Gwyrch compatible Tiny Filesize Invisible Dishwasher recolour, so if you install this dishwasher in a Downloads folder you may delete the original recolour file. The invisible recolour is included within the package file for the convenience of lot uploaders.

If the NPC worker is active and you wish to delete the dishwasher from the lot, please make sure you use the Dismiss menu option to remove the NPC worker first, waiting until the worker actually disappears before deleting the dishwasher. Otherwise you may need to use Moveobjects On to delete the worker later. There is also the possibility of busied out or "hung" objects if the worker is ever removed before the built-in disappearance is complete. Either on-duty or off-duty, the behavior of the NPC worker is exactly the same as EA designed it, because this project does not modify the NPC in any way. A restaurant server NPC takes care of the following items: used or dirty bowls and plates, dirty counters and stoves, dirty toilets, baths and showers, old newspapers, dirty pet beds and litter boxes, used trash buckets and trash compactors, puddles, ashes, holes in the ground, and unmade beds. I have noticed two limitations: the worker will not pickup loose trash piles, and the worker cannot go through locked doors (unless the NPC progresses to becoming a household member - see below).

If your Sim family trusts the worker enough to leave her or him "home alone", the NPC will typically leave the lot. Once this occurs the dishwasher controller will automatically recall the worker after a programmed delay. But from then on, the worker will have been adopted as a non-selectable member of the household and will not voluntarily leave again. Alternatively, the NPC worker will become a non-selectable member of the household simply through the passage of about 24 Sim hours on the lot.

Once off probation, the worker will have the ability to open locked "family only" doors and will usually gain a relationship boost with each of the family members. But because the worker remains an NPC, there is no extra overhead involved by the player in taking care of this additional Sim, nor is the worker counted towards the lot maximum for number of Sims.

The behavior of an NPC as a visitor or household member is somewhat unpredictable, but an off-duty worker will naturally eat, use the bathroom, interact with fun objects and socialize. I have set the motive checking so that the attendant will not typically occupy a bed to sleep in, although some workers will nap on a couch. Although the appliance and worker will operate perfectly well without user intervention, there are up to four menu options available on the dishwasher if you wish to override the worker's automatic behavior, as follows:

Recall Worker - if the worker is present on the lot and once the worker has completed the current activity, the attendant stands still and disappears. After a pause the same worker reappears in either the on-the-job or resting mode, depending on whether there is work to do. If the worker was not present on the lot when Recalled, the worker will simply appear at the dishwasher in the appropriate mode.

Relieve Worker - invokes the stand still and disappear sequence then recreates the worker in rest mode, regardless of whether there is work to do. If the worker is already off-duty then she or he will remain off-duty, without interruption. The worker will continue in an off-duty state until either Recalled or Replaced, or the worker's motives fall to critical levels. Note that when in Relieved mode, the NPC attendant will not automatically return to work even if there are items to clean. This mode is ideal if you wish the worker to engage in uninterrupted social activities.

Dismiss Worker - once finished with the current activity, the worker stands still and disappears. The attendant will not reappear unless specifically invoked by the Recall or Replace menu options. While in this mode the dishwasher acts purely as a basegame maintenance free dishwasher, even when the game is saved and reloaded. But in the case of Community lots, saving is not normally possible so the worker will reappear each time the lot is visited.

Note that once the worker has been asked to stand still and disappear, any menu selections made are stored and only acted upon after the disappearance is complete. Depending on what the attendant was doing at the time, there may be a significant delay in response, but meanwhile the controller will continue to keep calling the worker until she or he actually disappears.