ATHENA, Only Gods are Heroes 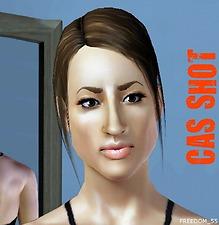 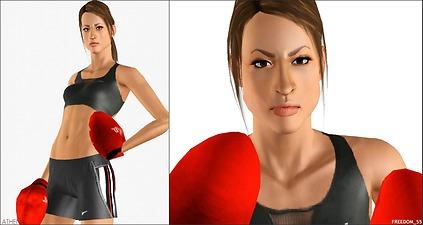 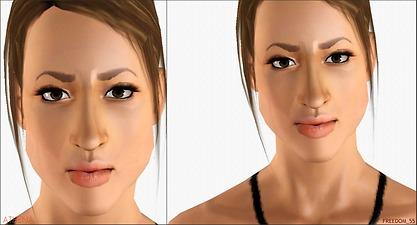 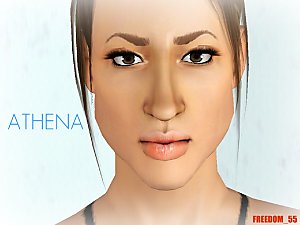 3,627 Downloads 232 Thanks  Thanks 28 Favourited 58,000 Views
Picked Upload!   This is a picked upload! It showcases some of the best talent and creativity available on MTS and in the community.
Personal Picked Upload! This is a personal favourite of the creator!

After along hiatus,I have decided to get back into the game...the sims 3 that is >=) And there is someone else who wants to get back even more ... 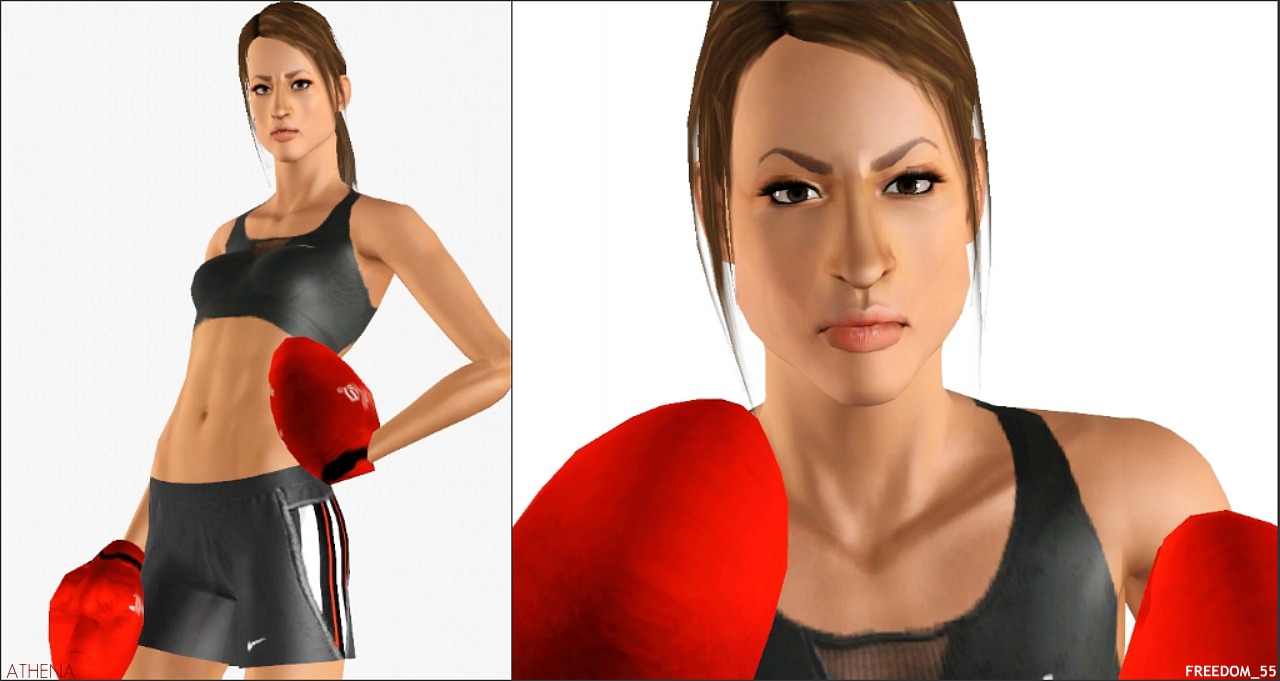 BIOGRAPHY of a Hungry Boxer
Successful at every endeavour she’s done on a field, track or court, Athena truly personifies the word “HUNGRY.” She’s been starving to get back into competitive sports, since her college days came to an end. After finishing her private teaching job educating citystate kids, she found herself at a crossroad. Her next move wasn’t entirely known, until she got discovered by Angelo Rodriguez, a retired police officer (now her fiancé) who helped her get into the fighting scene. “You’re the perfect build to be a boxer: tall, long arms, strong, great cardio fitness, you are a “diamond in the ruff”, the “1.1 million dollar baby”!”,Angelo told Athena. And from that point on her destiny was sealed.
Athena is getting into fighting at a good time. A time when female fighting is not only taking off, but is finally starting to get the recognition it deserves. She believes 2 to 4 years, female boxing will be in the Olympics, and that is her ultimate dream.

Athena’s foray into one of the most masculine of sports isn’t just to keep battling with the boys; it is to quench the hunger to compete again. Remember her name because it won’t be the last time you hear it! Athena is well on her way to being a superstar athlete. 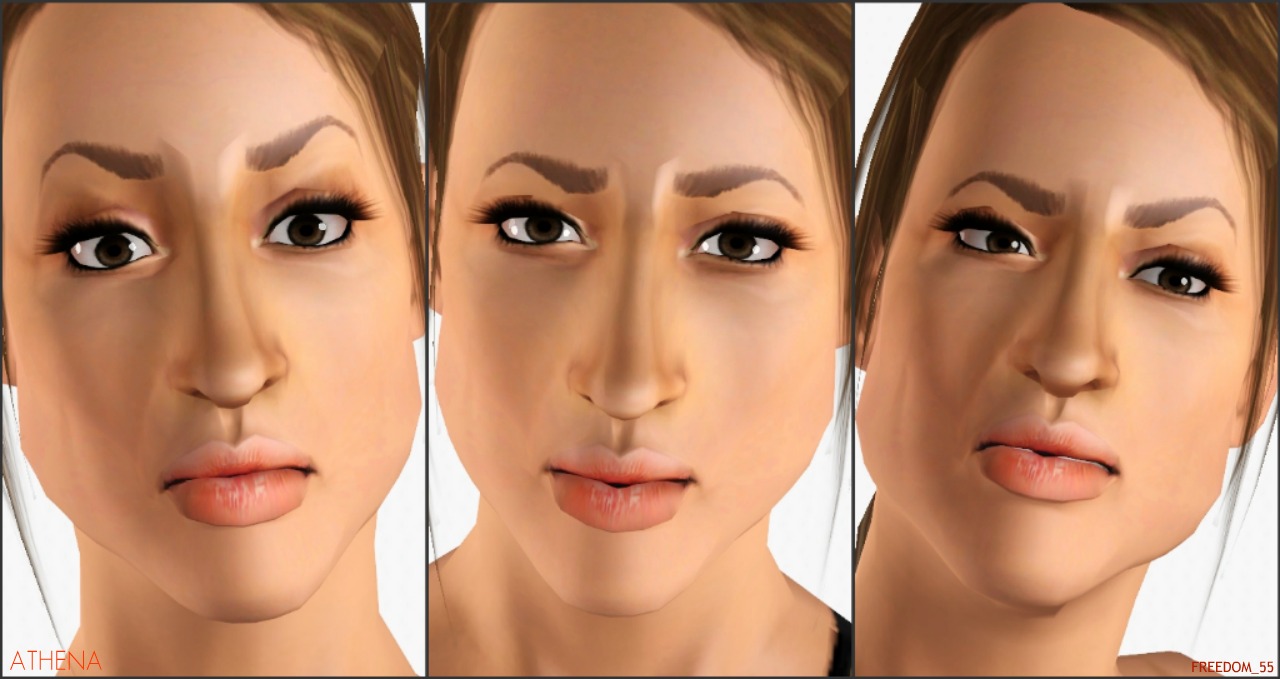 HOWEVER I did use Extra Sliders

I used Bella3lek4 's facial sliders. I specifically used the Brow Thickness,Neck Height,Jawline width,Chin Width,Outer Eyebrow Height, and Eye length sliders.And I used Johna's Head Size Slider. You NEED these sliders for her to appear how she looks right now in game

So I experimented in the game and I found you can add those sliders above mentionedsliders with no hack or mod,no problem

Just in case I reccomend AWT's Slider Hack (Patch v1.22.9 Compatible) which can increase the amount of sliders available.Although, this is PURELY OPTIONAL! However, if you still hate me,I did limit the rest of CC 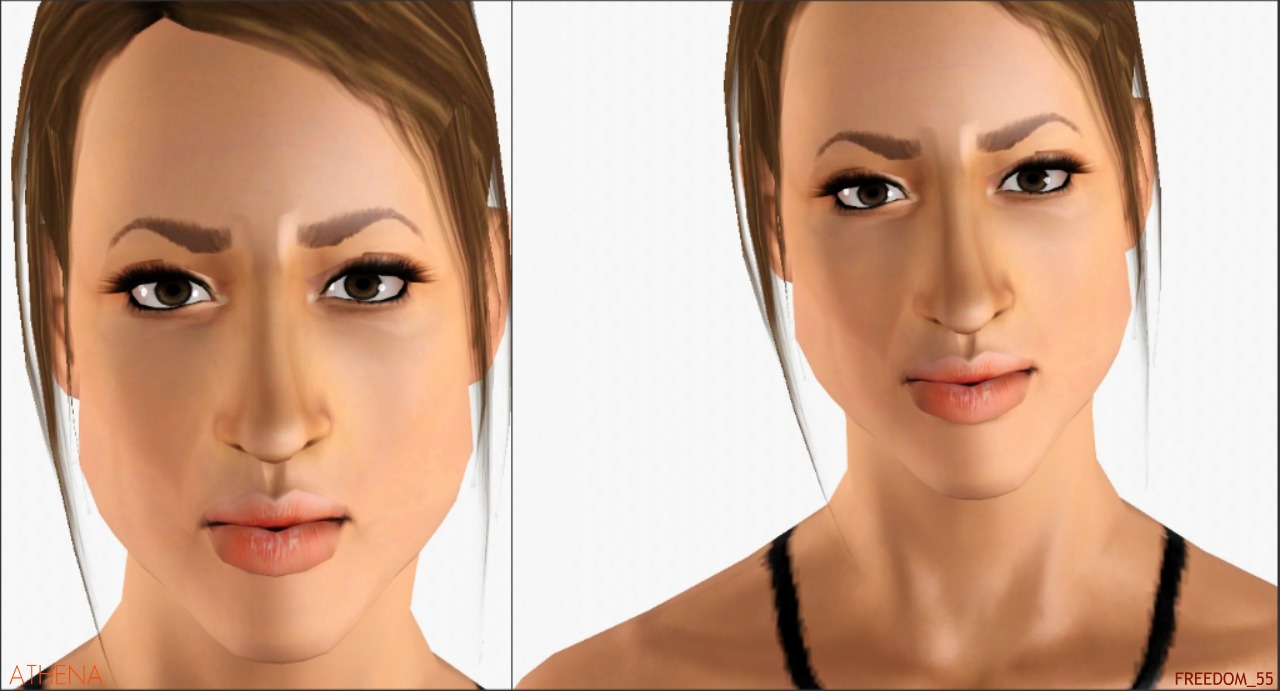 
HP's More Detailed bodies It is really is all in the details! and have you seen those collarbones?
Hp's "Custard" Anti-Puddingface Texture Replacer
Escand's Oh My Eyes
Simmiller's Classic Arched Eyebrows For The Ladies I used either 1 or 3:/ Better to download them all!they are all a classic

Additional Credits:
A extra special thanks to: HystericalParoxysm , Gabrymato,malfoya,Rennara,SimmyRN,Fawkes, heaven_sent_8_18, ashlbjackson, and Alan_Gast for their honest,critical feedback, support, and help with the finishing touches.
Inspiration
I really do it is inevitable that women's boxing will become an Olympic sport.Mainly because now it is a bona fide amateur sport. This gives the sport depth. Females have the opportunity to develop as athletes before they turn pro. And the USA is to host the first women’s' amateur boxing world championships, which is an important step in getting it into the Olympic Games. It’s growing so quickly in terms of participation around the globe (a sport must show that it is practiced all over the world in order to be considered for inclusion in the Olympic Games) , and because it definitely draws an audience. And right or wrong, that is what the IOC is interested in sports which can draw a television audience.

Becoming an Olympic sport is key for the growth of women’s' boxing. The sport will gain credibility with sports fans, funding will become available around the globe for development of female amateur boxing (its harder to find funding for non-Olympic sports), and the gap between overall skill level of female boxers and male counterparts will start to close. And the timing is right for women in sports (WNBA, women's world cup soccer, etc)

Title In part with some of my studies in history, Greek mythology,and various humanities---the main inspiration was based off a time when people thought Olympians were next to Gods. In many ways today we still do. It is this Glory that motivates many athletes to go beyond human limitations and exceed expectations.

from CSI Miami
Eyebrows: Salma Hayek
Overall: I realize now her look is very close to the actor Cammille Guaty (Daisy Salinas from Disney's Got Kick it Up)

I hope you guys enjoy her as much as I do