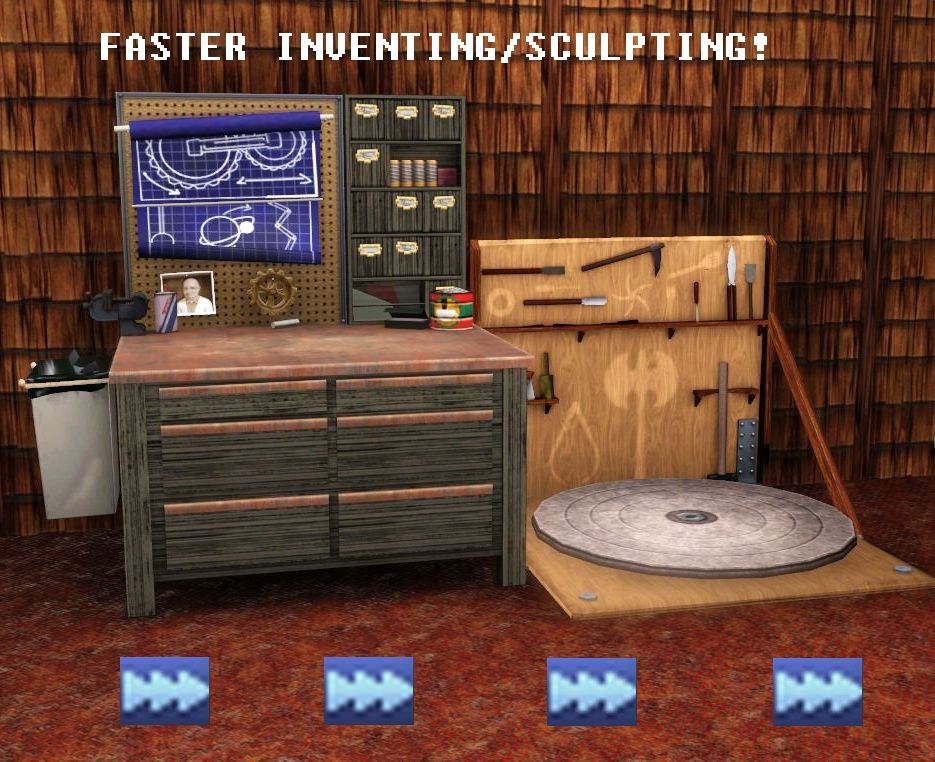 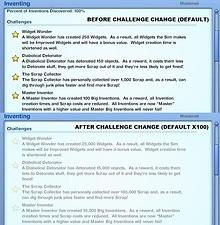 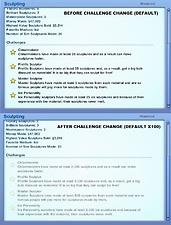 1,098 Thanks  Thanks     237 Favourited
Picked Upload! This is a picked upload! It showcases some of the best talent and creativity available on MTS and in the community.

UPDATE 31/10/12 - Added the new Detonation Data for the Snow Cone Machine, Tanning Booth and Snow Water Fight Arena (all new objects in Seasons) to all 5 of the Faster Inventing mods to enable these new objects to be detonated in Seasons. Re-download and replace any existing older versions of the inventing portion of the mod with the new version.

This upload is based off the work of Gonmag and his original mod upload 50-33-Ambitions / Invent (invent & make) and sculpt faster located here: http://modthesims.info/d/408864 which i've updated (due to inactivity, in accordance with site rules) to be compatible with Pets and the latest 1.26 patch.

UPDATE 08/09/12 - Following re-inspection of the older mods contents linked above, I realized that there was one single FAST version of the Inventing mod that enabled all BIG INVENTIONS (i.e. Floor Hygienator, Harvester, Miner and the Time Machine) to be made within 10 minutes. This is substantially faster than the times I have for the 4 Big Inventions in any of the other faster inventing mods in this thread. Accordingly, I have added an extra .package file for the Inventing skill (FasterInventing(x10)WithFASTBigInventions) that retains all the same invention times for all other inventions (including Simbots) but the 4 Big Inventions of Floor Hygienator, Harvester, Miner and the Time Machine can now (with this new version of the mod at the bottom of the available downloads) all be made in approximately 10 Sim minutes. The Simbot creation time of 90 minutes has been left unchanged because when dropped lower to a number like 10 minutes, the game glitches up and make the Simbot creation ridiculously slow, hence why i've kept it at the 90 minute time.

I have also added a 2nd new .package file for the Sculpting Skill (FasterSculpting(x20)) which halves the time of the x10 version of the Sculpting mod to approximately 1 minute per sculpting stage.

[I]UPDATE 17/11/11 - Added extra .package file that only increases the requirements for Widget and Big Invention making at multiples of either x10, x50 or x100 and leaves the Detonating and Scrap Collecting requirements at their defaults of 150 objects and 1000 scrap respectively for those not keen on blowing up in excess of 130 or more Luxury Cars for the scrap and thousands of other objects in and around town. Remember, if you download this new version, ONLY USE ONE OF THE THREE PACKAGES WITHIN THIS ARCHIVE!

This is a tuning mod that does two things. Firstly, it decreases the amount of time it takes to make Inventions and Sculptures in multiples of x2, x3, x4 and x10. Secondly, optionally, there is a second .package attached that increases the requirements that need to be met to fulfill the Widget Wonder, Diabolical Detonator, Scrap Collector and Master Inventor challenges for the Inventing skill and the Chiselmeister, Prolific Sculptor, Master Sculptor and Ice Personality challenges for the Sculpting skill in multiples of x10, x50 and x100.

This mod comes in several different versions to suit your preferences, which are as follows:

NEW - Inventing x 10 With Fast Big Inventions - Inventions (including Simbots/Frankensims) are made ten times as quickly as the default times for each invention and the Four Big Inventions (i.e. Floor Hygienator, Harvester, Miner and Time Machine are all made within approximately 10 Sim minutes);

NOTE: The time it takes to make an invention varies according to the size of the inventions being made. Big inventions as normal, take more time to make than small inventions, but the decrease in time taken to make inventions is universal and applies across the board (.e.g if you opt for the x4 version, the time needed to make inventions, big and small, will go down four fold).

NEW - Sculpting x 20 - Sculptures are made twenty times as quickly (from 20 minutes per stage [there are four stages all up] to 1 minute per stage approximately);

I've decided to deviate for Gonmags original idea in reducing the requirements/difficulty of fulfilling challenges for the Inventing and Sculpting skills because most of you would have them fulfilled already, hence i've done the opposite and made the challenges harder, so that it can perhaps renew interest in the Inventing Workbench and Sculpting Stations.

LET ME KNOW IF EITHER YOU'D LIKE A DIFFERENT VARIANT OF THE ABOVE (I.E. A x5 verison for increasing the speed of Inventing/Sculpting) AND/OR IF ANY OF THE SPEED INCREASES IN INVENTING/SCULPTING DON'T WORK AND/OR THE VALUES FOR THE CHALLENGES ABOVE DON'T CORRESPOND WITH WHAT APPEARS IN THE GAME AND I'LL AMEND AND RE-UPLOAD THE RELEVANT FILES ACCORDINGLY.

This mod was made with the latest 1.26 patch but in order to get proper use out of the mod, you'll need to have the Ambitions expansion pack installed so you can actually buy the the Scraptronic Workbench and the Pedestrian Sculpting Station to be able to make Inventions and Sculptures in the first place.

Additional Credits: S3PE and its developers & MTS for hosting this upload.

See: Game Help:TS3 CC Basicswiki for a full guide!
Back to download view
35 Comments / Replies (Who?)