Norrisology - A Major with Norris Skilling 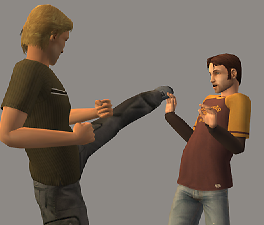 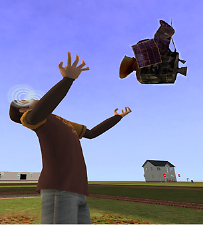 133 Thanks  Thanks     21 Favourited
This download is a custom major. This means that you will need the MajorsMadeEasier mod by FrikaC installed in order to use the download in your game.
Do you desire to be amazing? Powerful? Manly? Do you wish you were as cool as Chuck Norris? Those of us at the Norrisology Association have devoted ourselves to helping Sims like you. Talk to a Norrisologist today and ask how you can enroll in your local University's Norrisology degree to embark on a path of improvement! This path is not for the faint of heart though. Do you have what it takes?

Major Description
Norrisology: Some have called it the study of strength, discipline, masculinity, and being awesome. They are only partly correct. Roundhouse kicks are also involved. Chuck Norris demanded its addition to the curriculum.

This Uni major focuses on the Body, Mechanical, Logic and Charisma skills. It was cloned with permission from Phaenoh's Product Design Major. With every semester, your Sim will gain a skill point in the Norrisology Skill. Those with Norrisology skills gain powers which are but a fraction of the awesomeness of Chuck Norris.

Powers
All Norris powers, whether on the Active Sim or on a Target Sim, can be found under a "Norrisology..." pie menu.


To register you Sim for this major, you will likely need FrikaC's Majors Made Easier or whatever other mod of preference you use to select custom majors.

Additional Credits:
Phaenoh for her Uni major as a base.
whiterider for her tutorial.