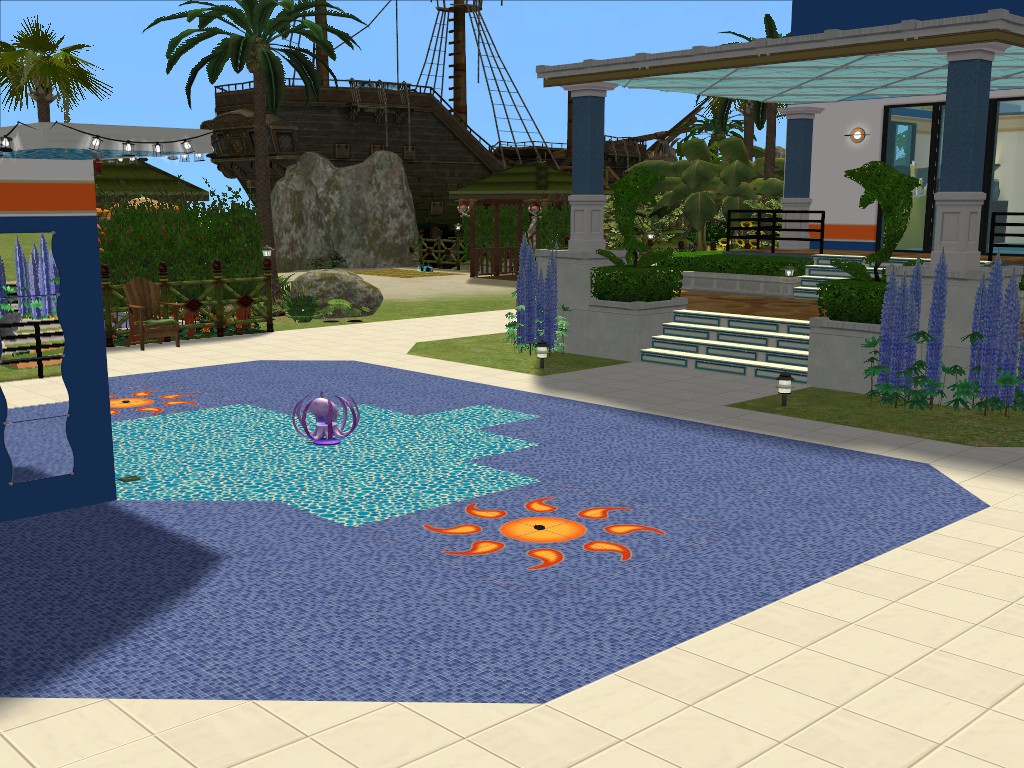 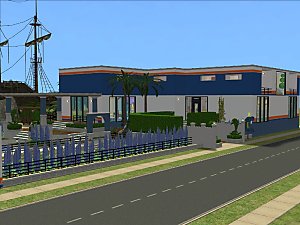 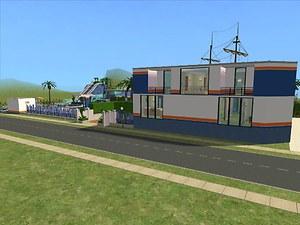 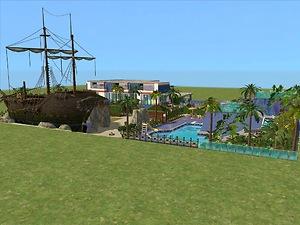 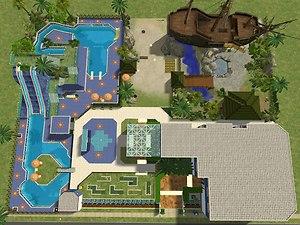 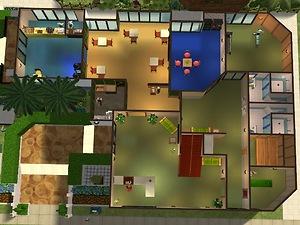 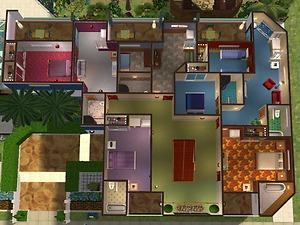 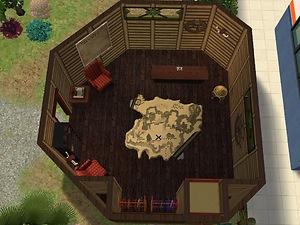 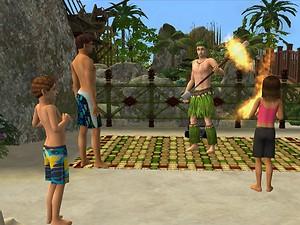 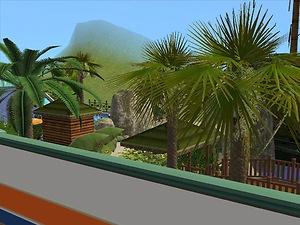 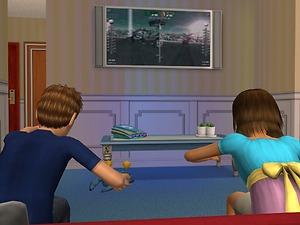 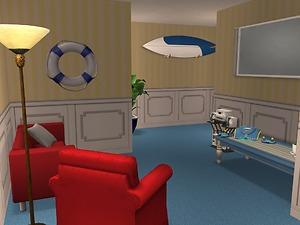 111 Thanks  Thanks     16 Favourited
“Why can’t we stay?” complained Sally and Ben, as their Dad dragged them home by half past ten.

“We can come tomorrow” said their mum, to cheer them up from looking so glum.

“We need a bed and a shower, but where to find one at such an hour?”

So up went a resort full of very fine things, why it was even fit for a king.

“Yah” cried the children as they grabbed the remote “Now we can stay and play on the boat!”

Other Hotel Amenities: Toilets and showers. Seating with a bookshelf. A photo booth for taking goofy holiday pictures or anything else you might like to do in there...

Pirate Island: Still has the ship and hot springs. The ‘beach’ has been enlarged with more beach activities. Sims can build sand castles with the sand piles or look for objects buried in the sand with the two combing sticks. If they are lucky they may find something interesting, unlucky and they may uncover something nasty! Much more realistic then $400 dollar glass pieces in a bowl. Sims can also learn to fire dance or just sit and relax.
The Pirate Bay shop is now a bar, but clothes can still be purchased by taking the item to the hotel gift shop on their way out.

More things to do: Apart from Pirate Bay and the water slides with pools the resort now includes a ‘Splash Pad.’ This is an area with water play items. Try playing in the octopus, pulling a prank or even taking a shower from a mask.

The Mini Golf area is also fully usable for up to six sims at a time.

For those that want to stay like Sally and Ben:

The Rooms: The resort has five rooms. Each room has a wall TV, a private bathroom, a small kitchenette, balcony and room service.

The Family Suit: Can sleep four sims and futures a parents and child’s bathroom. Includes bookshelves, toy box, stereo and a SSX3 player. Everything a kid needs for a good time even on a rainy day. $1,633

Honeymoon Suit: Is for two sims and features double built in wardrobes, and a large stereo. $1,459

Masculine Single Suit: For one sim, this room features more expensive furniture and a stereo. $1,028

These three suits all have large balconies with views over the park and table and chairs to eat at.

Double Autumn Suit: This room would suit a couple on a budget who want a nice room but who aren’t honeymooners. It features an SSX3 player. $950

Double Lilac Suit: This feminine room is somewhat smaller while still having everything one or two sims need. Features a radio. $786

These two rooms have small balconies overlooking the front of the hotel.

This park has some steep and uneven edges due to the water slide and pirate bay landscaping and will distort neighbourhood terrain. Best placement is slightly away from other lots in a high terrain neighbourhood. Low lying hoods will have flooding to the beach area. This doesn’t hurt play only aesthetics.

Needed for the mini golf is the Invisible putt golf course recolor by pfish http://www.modthesims.info/download.php?t=181212

We hope you enjoy your stay!

Additional Credits:
Thank you to Maxon for recolouring the one-tile floor overlay by Phaenoh into a golf hole.

It's come to my attention that housekeeping tends to all the plants and can become glitched tending the hedge near to the front door. She can be fixed by using a cheat to open buy and build, deleting her with moveobjects and reloading the lot. Because there are so many plants you might want to use 'Perfect Plants' http://www.simbology.com/smf/index.php?topic=13.0 Or instead add a service gate near the bar, exchange the real hedge for plastic hedge and use water/trim plant accessibility mods.