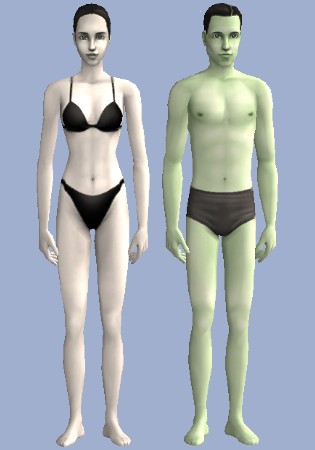 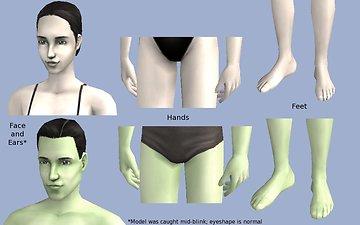 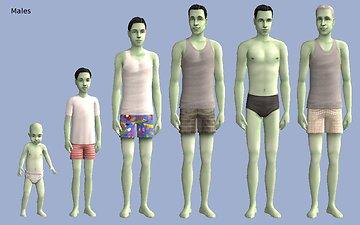 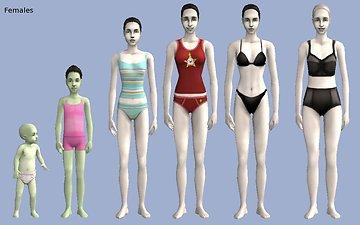 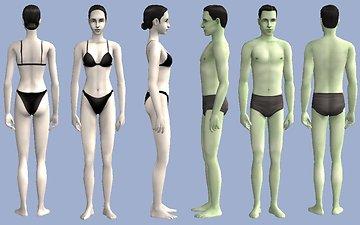 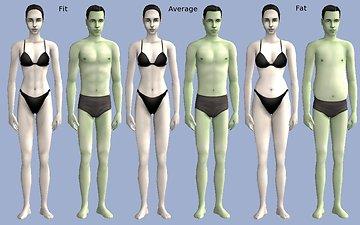 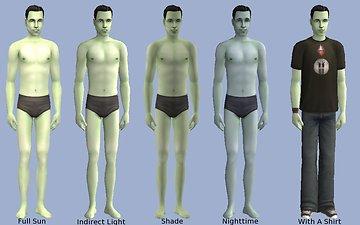 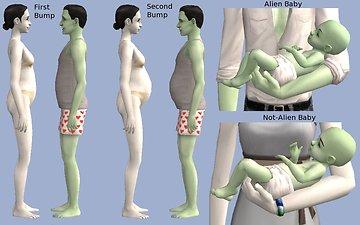 Created by esmeiolanthe
View Policy / About Me View all Downloads
Uploaded: 12th Aug 2012 at 2:30 PM
In several premade family trees, you can see one or more Birth Queens listed. I have always pictured Birth Queens as having mannequin-type skin and light hair for some reason, but since the male Pollination Technicians have green skin, this must be a sex-linked trait. (That is, females will display it but males will not.) Eventually, I made it for my own use, and am now sharing it.

Males look like normal alien Sims, although you will need a hack or a cheat code to make the alien eyes display in CAS. 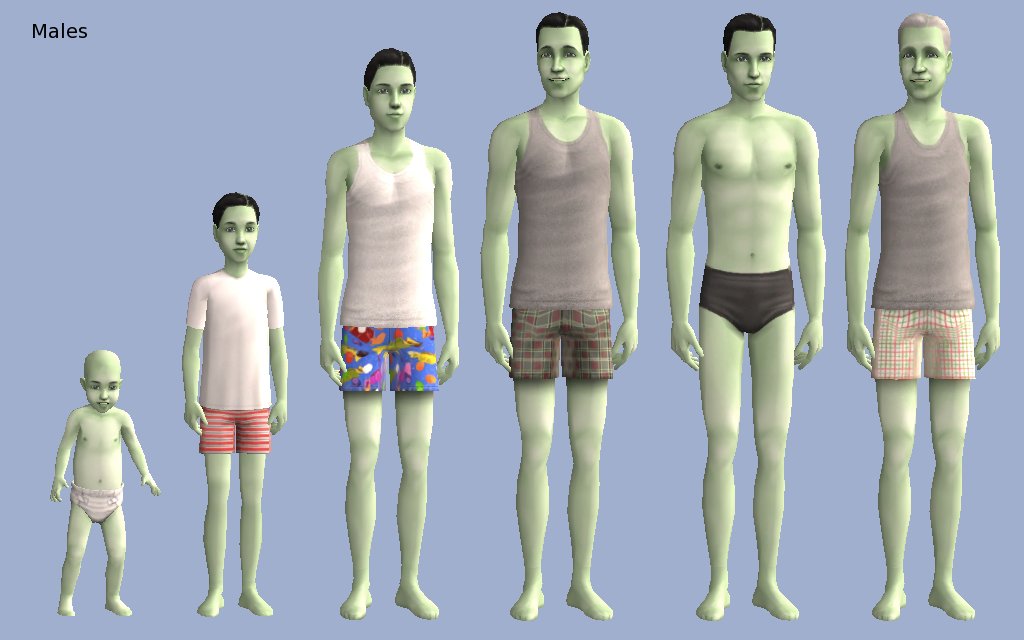 Females look like normal alien Sims until they hit Teen, at which point the trait displays. Again, you will need a hack or a cheat to add alien eyes to this in CAS. 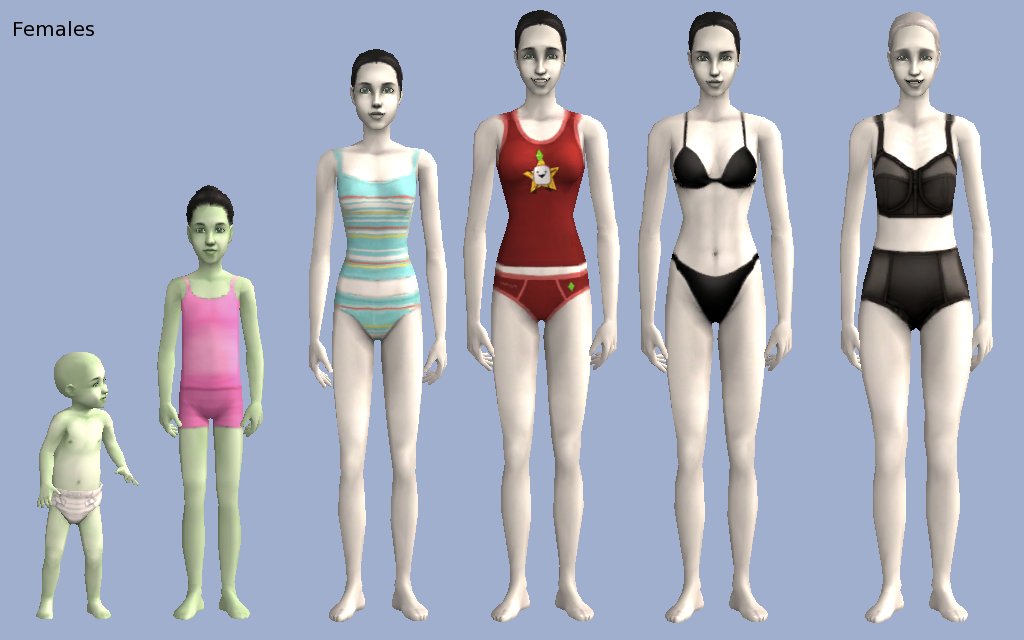 This skintone works for all ages and both genders, and is available in Fit, Average, and Fat versions. (Picture below in the "Screenshots" section.) It also works for pregnant Sims and on babies. 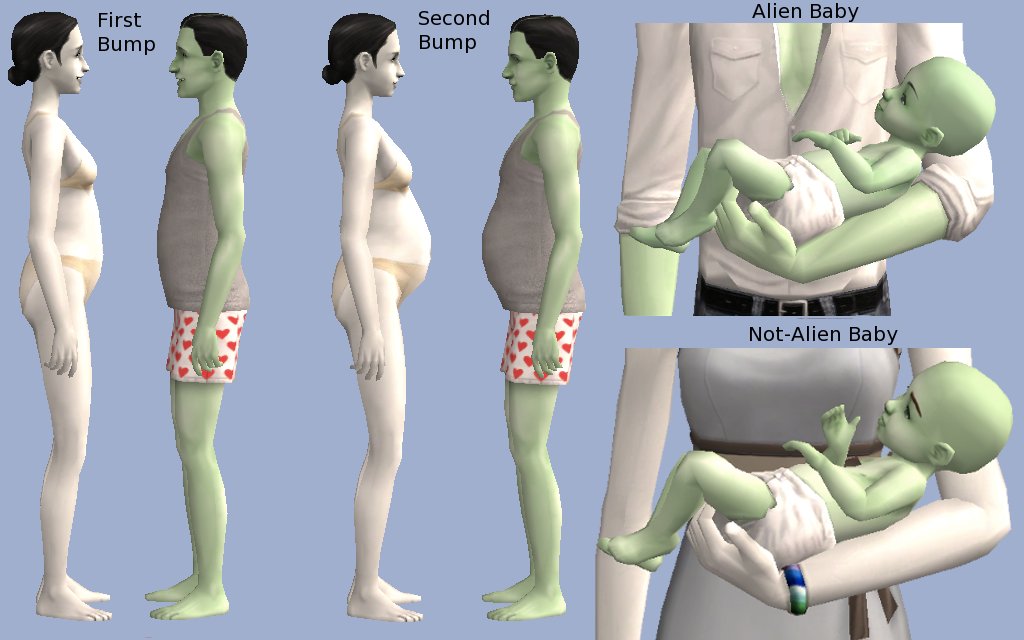 I have had this skintone in my game for a year and a half, and until I began taking pictures for this upload, I did not notice that it has a slight glow. This glow is most noticeable on bare male chests viewed straight on in direct sunlight (see picture), which I encounter so infrequently as to consider it a non-issue. If you are running a nudist colony in Strangetown, you will probably encounter it more often. 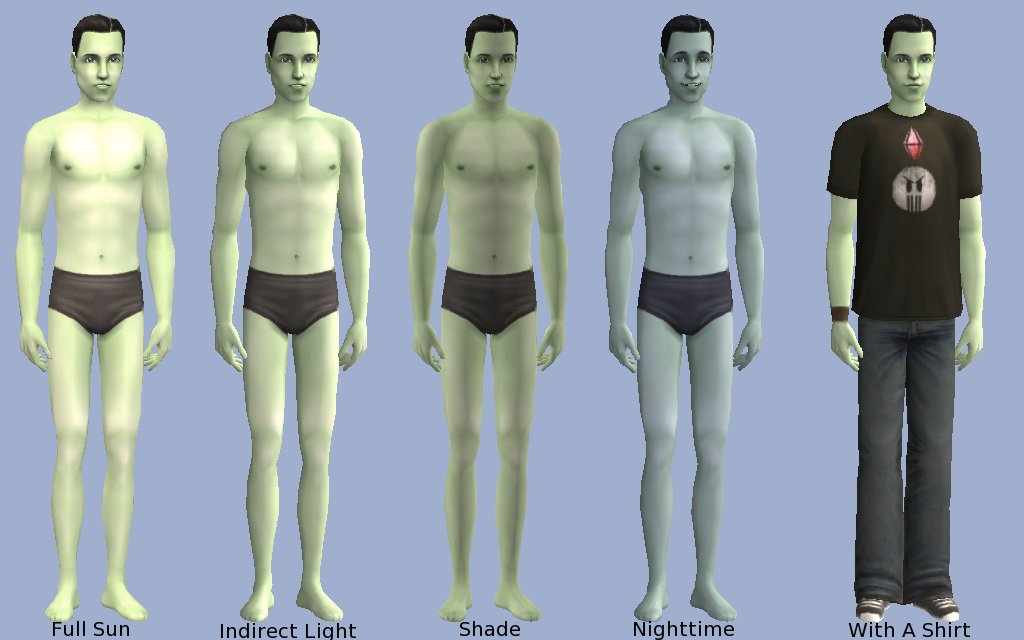 I have a Mac, which means that the following two caveats apply:
-I have a post-Pets version of BodyShop, so Pets is probably required to use this skintone. The patches for the Mac version of the game don't always work correctly.
-When I play using this skintone, I picture it as highly recessive. However, since SimPE is not Mac-compatible, it is not geneticized and is dominant over everything.

Additional Credits:
Background used in the screenshots is "MixedUp's Screenshot Background in all 42 CuriousB colors" by raemia, available from http://raemia.livejournal.com/6007.html?thread=88951
"No More Sandals" default replacement for jeans-and-tee-shirt outfit by squall117, from MTS: http://www.modthesims.info/download.php?t=354776
GIMP
joandsarah77 and ning for encouragement and advice
This is a Maxis Recolour which means that it is a recolour of an item that already exists in your game. Please check the Pack requirements to see which game pack it recolours.
Files Need help with downloading or installing content? Click here!