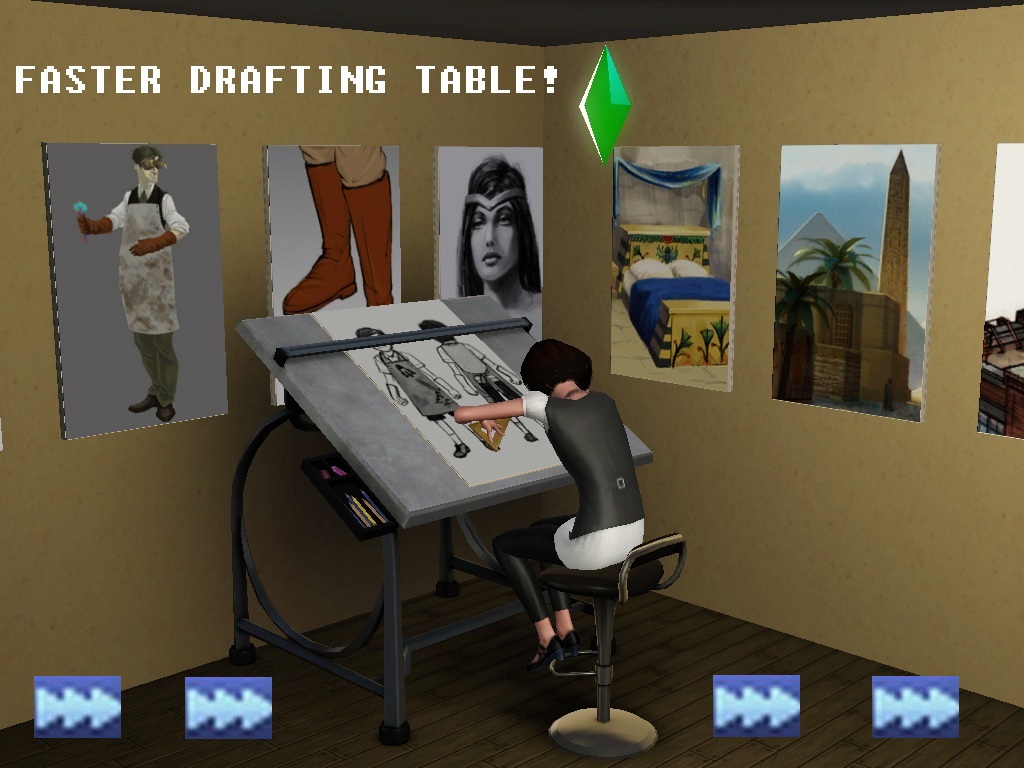 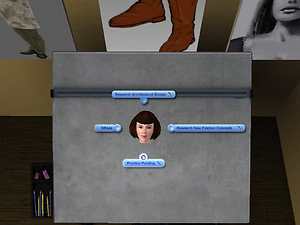 861 Thanks  Thanks     181 Favourited
Picked Upload! This is a picked upload! It showcases some of the best talent and creativity available on MTS and in the community. 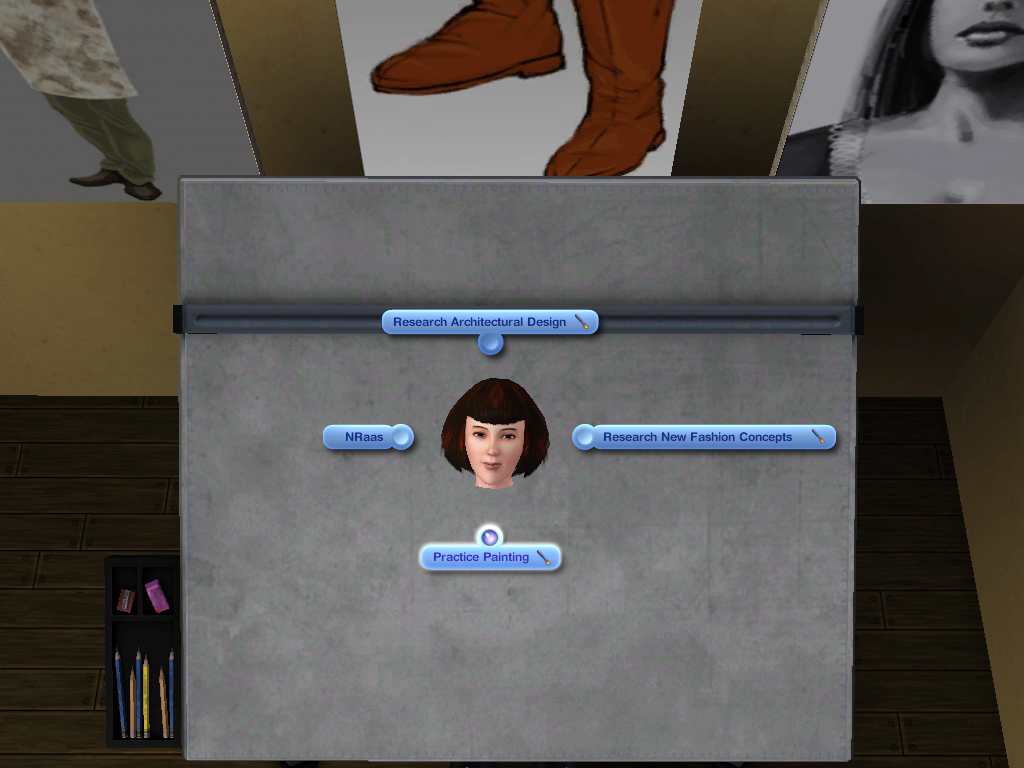 Secondly, this mod intends to ease the frustration of using the Drafting Table to some degree. if you have used the Drafting Table like I have, you would have noticed the massive amount of sketches and paintings that are possible to produce with the Drafting Table. There are nearly 500 of them spread across the 3 categories of fashion sketches, interior design sketches and drafting table paintings. Each sketch/painting takes approximately 4 Sim hours to produce and there are a specific set of sketches and paintings for each level of the painting and hidden styling skills. To make matters more complicated, the sketch your Sim will produce is generated randomly, which means it can potentially take hundreds of attempts up and down between skill levels to get your Sim to produce the sketch you're after and just when you thought it couldn't get any worse, these sketches CANNOT be purchased in the catalog, nor can they be transferred from one save file to another so once you lose your existing save file and start a new one, that's it, your Sims many hours of effort put into producing these sketches and paintings is ultimately wasted. So this mod aims to ease the pain a bit by making the whole process of producing material on the drafting table just that bit faster so the repetition at least becomes a bit more tolerable and manageable due to the output of sketches and paintings increasing in a shorter period of time.

This mod comes in a few different versions to suit your individual preferences, which are as follows,

NOTE: This mod has NOTHING to do with the Easel and Faster Painting on the Easel. That is dealt with by a separate mod which is a reason why this mod was made in the first place as already mentioned above, which is due to the Easel faster painting mods generally not having the Drafting Table incorporated into those mods.

This mod was made with the latest 1.38 patch but in order to get proper use out of this mod, you'll need to have the Ambitions expansion pack installed so you can actually buy the The Drafting Table by Scuzzmarr Industries to be able to research fashion concepts and architectural design in the first place.

This mod CAN be used together with other faster painting mods that just edit the Easel XML and/or the PaintingSkill XML files, which is just about all of them.

This mod edits the DraftingTable+Canvas XML File and will conflict with any other mod that edits the same XML file.

Additional Credits: S3PE and its developers & MTS for hosting this upload.

See: Game Help:TS3 CC Basicswiki for a full guide!
Back to download view
22 Comments / Replies (Who?)