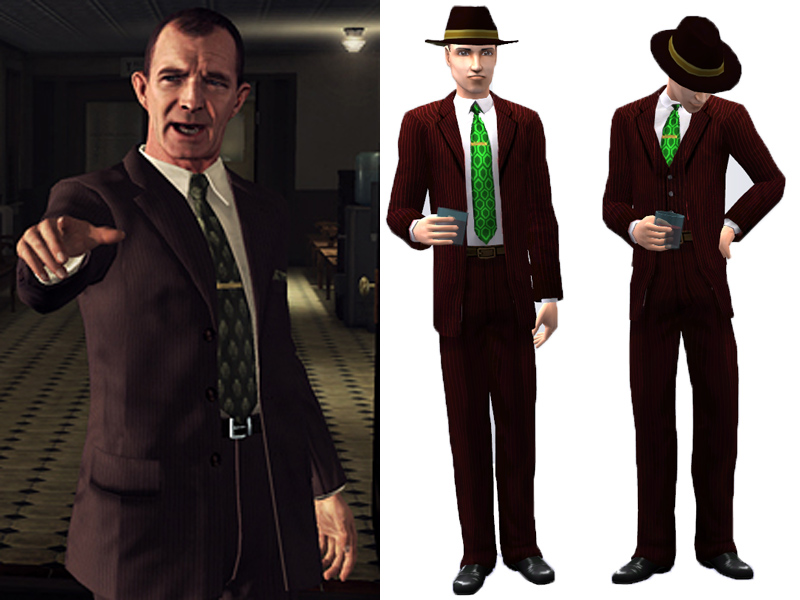 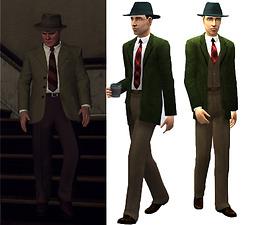 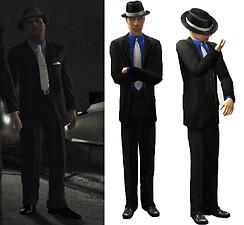 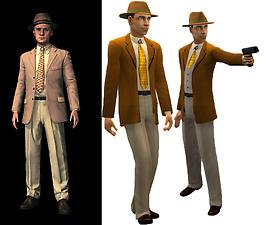 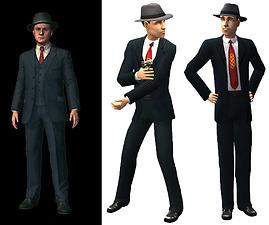 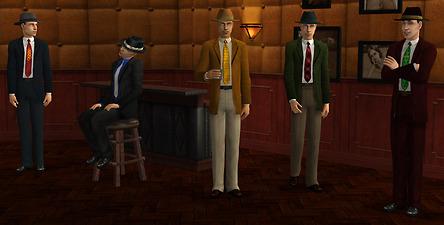 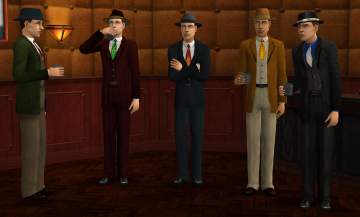 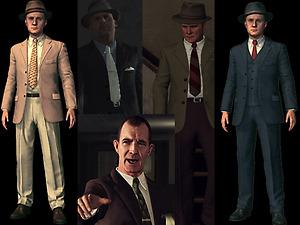 mook.jpg - width=800 height=738
Random Mook from one of the newspaper cutscenes.

Created by ispendtoomuchtimeonthis View Policy / About Me View all Downloads

So what we've got here is a set of suits inspired by "L.A. Noire", which is one of my favorite video games simply because of all the suits. Each suit has two versions: one with a vest and one without.

Note that I say "inspired"; they're close enough that anyone who's played the game might be able to recognize 4 of them (the black suit with the white tie was worn by a random mook during one cutscene, but it sort of jumped out at me), but they aren't the same thing.


NOTE: Some of the hats are custom recolors I made that I will unfortunately not be uploading any time soon, as I've been experiencing a weird glitch where taking one off (as when going to bed) causes the character to immediately become bald. I'll look up some more hat tutorials to figure out how to avoid it.

Additional Credits:
-Team Bondi for "L.A. Noire", though I understand they had a b**** of a time working on the game.
Pose Boxes
-live2draw and Leny for their magnificent pose boxes, found here and here , respectively.
Guns
-locoroco for Lara's Guns
-fanseelamb for his recolor of VampCat's gun
- VampCat too, of course, for the gun.
Other Information

This is a Maxis Recolour which means that it is a recolour of an item that already exists in your game. Please check the Pack requirements to see which game pack it recolours.
Archive: Suit Set -- Complete.rar
File: 5fb0a4bd_OpenSuitWideTie.package Clothing Recolour