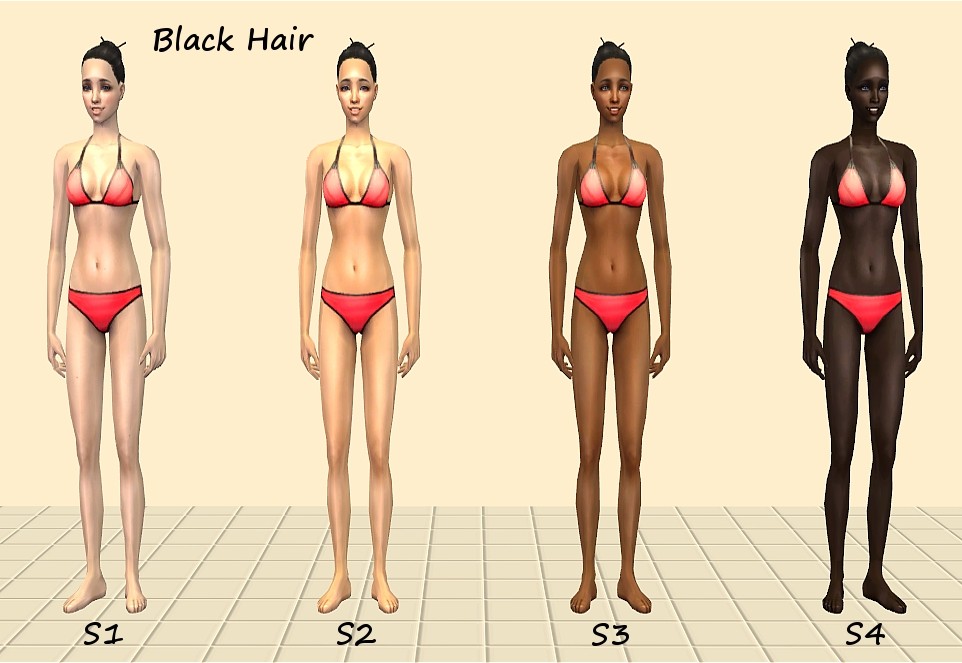 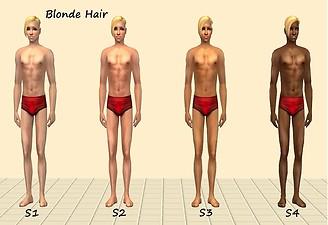 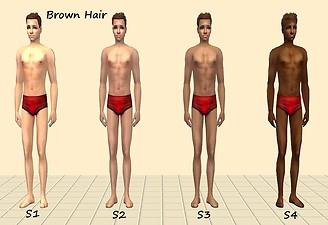 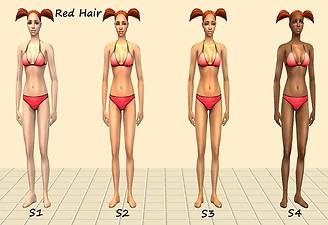 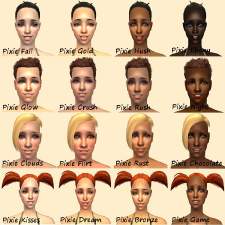 A full set of Enayla's incredible Pixie skins genetically linked to the colour of your sims' hair!

I decided to put these together after stumbling across Phaenoh's amazing thread on correlated skintones.

The basic idea behind it is tying four different skintones to each of the four hair colours; giving you a full spread of sixteen different default skins in-game. I.e. A red haired sim with S2 skin will have a different skintone to a blonde sim who is also S2. I highly recommend you check out Phaenoh's thread because it is explained a lot better (and in greater detail) there.

So, without further ado, I give you "impactdixon's Correlated Enayla Pixie Skins" (what a mouthful): 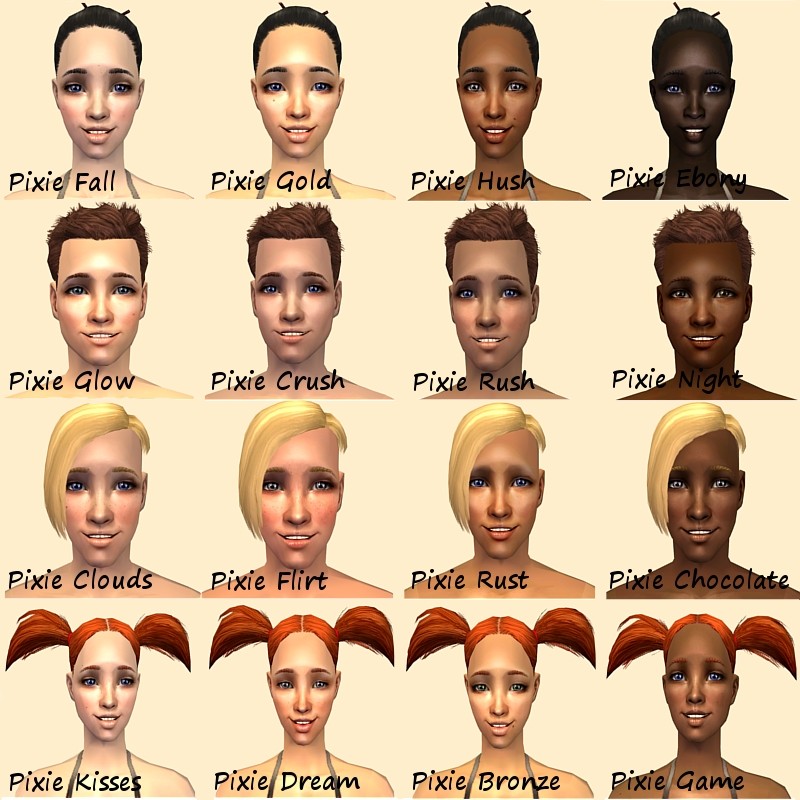 [blockquote]Originally posted by Enayla:
Pixie Fall: The lightest, almost doll-like skin (personal favourite).
Pixie Gold: Has lightly Asian features and two prominent birth marks as well as a few lighter, nearly invisible ones.
Pixie Hush: A darker version of Pixie Rust, it's still very warm in tone and looks deeply tanned. It has a birth mark on the left cheek.
Pixie Glow: Pale, but with a cute blush and a couple of beauty marks. It has softly glossy lips and a slightly tilted eye shape.
Pixie Rush: A dusky, soft and smooth skin with twin scars by the upper lip.
Pixie Night: A dark, warm skin without any distinguishing birth marks or scars.
Pixie Clouds: A freckled, early-spring-like skin with healthy rosy cheeks.
Pixie Flirt: A very warm, summery skin with a lot of freckles around cheeks, nose and brow.
Pixie Rust: Beautifully tanned and very warm in tone. It has the same eyes and lips as Glow.
Pixie Chocolate: Another favourite of mine. Very dark and striking.
Pixie Kisses: Pale, fresh skin – quite freckled but not as much as Clouds or Flirt.
Pixie Dream: Medium pale and has rosy cheeks and a lot of freckles, a few even on the forehead.
Pixie Bronze: An Asian-style skin with a much deeper gold-tone than my previous one.
Pixie Game: A darker, warm skin with a few scattered freckles.[/blockquote] I couldn't find descriptions for Crush and Ebony.

The original skins can be found on Enayla's page here

Something I (and others who have made their own sets) have noticed when first putting correlated skins into our downloads folder is that, while they will work pefectly in CAS and Bodyshop, sometimes existing sims will show the wrong textures (sometimes only on the face). This is easily fixed by directing the affected sim to change their appearance in the mirror. If their body is affected then you will have to make them fat/fit with the boolprop cheat. This is only a minor glitch that may happen btw, others have had no problems so you might not even notice.

Also, a weird quirk of sim aging means that all elders will use the textures linked to brown hair. This means that on reaching elderhood, their skintone is going to change. It's just one of those things.

And finally, you don't need to download the full set of these skins if you don't want to, but you MUST have a full set of 16 correlated skintones in your downloads folder for them to work. However, that set can be mix and match.

For example, you can have your S1Red from this set and your S2Red and S3Red from Vermster's Idolatry of Flesh set and your S4Red could be from hodsh1's Starsims set. Of course, like with any default replacements you can't have more than one of the same thing - so no doubling up!

Alternatively, if you love the idea of having correlated skintones but you're not in love with any of the sets out there, you can head on over to Phaenoh's download and grab the templates to make your own set.

P.S. And yes, I did somehow manage to forget to give S3Blonde eyebrows before taking a picture of him.

Phaenoh's Thread
Back to top

Don't forget to hit the thanks button if you like my stuff and if you'd like to leave a comment that would really make my day. :)