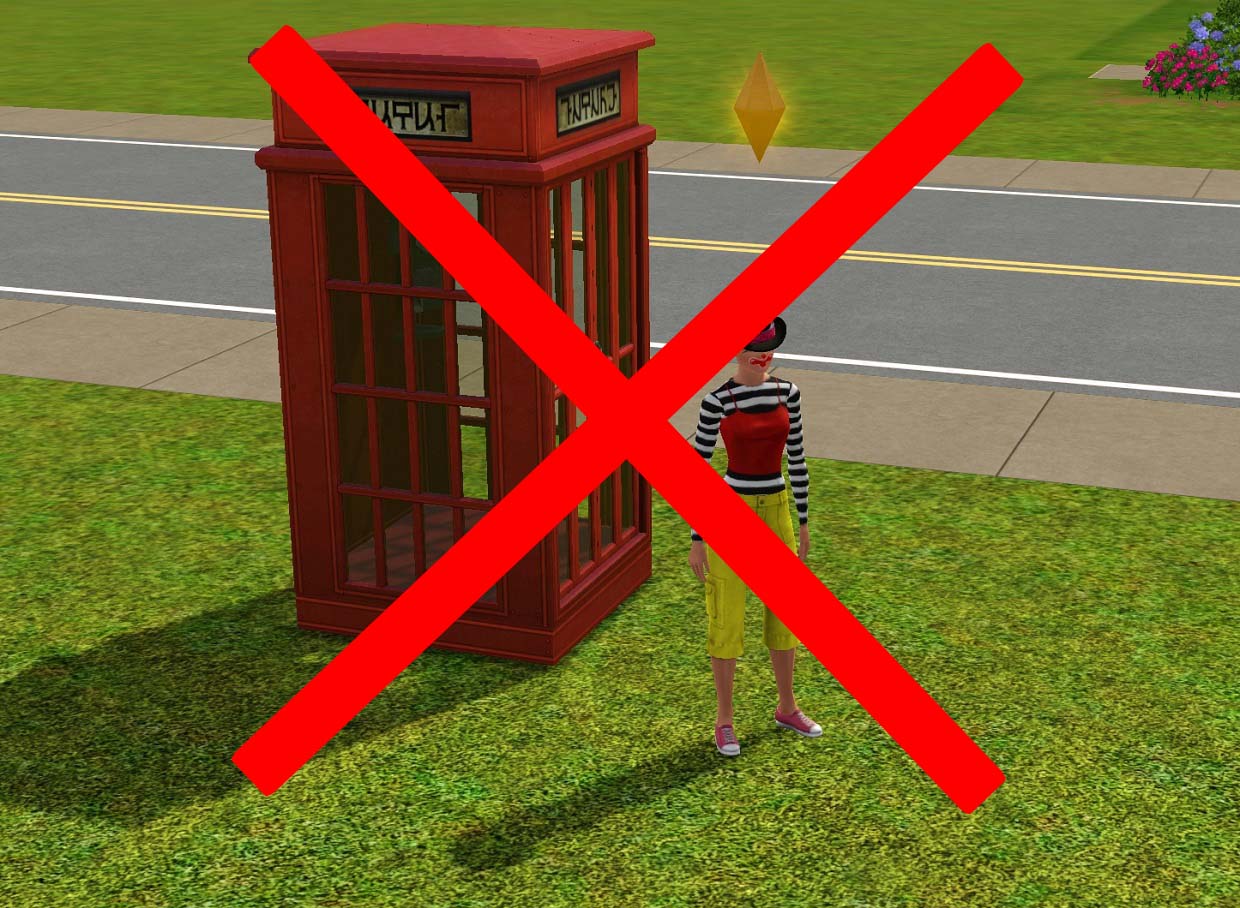 2,629 Downloads 204 Thanks  Thanks 37 Favourited 20,448 Views
Created by Veraster
View all Downloads
Uploaded: 26th Apr 2013 at 2:42 PM
Updated: 30th Apr 2013 at 10:27 PM
This is a simple mod that disables or doubles the chances of getting the Tragic Clown, Horrified or Nauseous moodlet when traveling via the LLAMA that is made available when the Supernatural EP is installed. There is also a version that replaces those default potential moodlets with "Rubber Duck" and "Great Kiss".

This xml override was made using patch 1.47 and requires the Supernatural EP. The reason it requires Supernatural is because it modifies a resource from that EP.

Description:
In the Supernatural Expansion pack for The Sims 3, there is a teleporter. They call it the LLAMA (Which stands for Lightning Leap Atomic Molecular Arranger). This is a great device and all except that there is a 5% chance of either becoming a Tragic Clown, becoming "horrified" and passing out or becoming nauseous. In a small town, that isn't a big deal. However, if you're playing a massively gargantuan map such as Pyronium3's Setra, it takes so long to get around via driving that I find myself using the LLAMA quite often. When you do this, you get sick or turned into a tragic clown table-flippingly too often. It becomes incredibly annoying to have one of your sims get turned into a tragic clown as often as every other day.

This mod changes the value of "kChanceForEachBuff value" from 5 (5 out of 100) to either 10 (10 out of 100) or 0 depending on what file you install. If you install the file "ancient_portal_10%" or "ancient_portal_0%", you can either increase the chances of getting the "Tragic Clown", "Horrified" or "Nauseous" moodlets by 2X or decrease the chances of getting those moodlets to zero, respectively.

I also made a variation that keeps the value of "kChanceForEachBuff value" equal to 5 while instead, backspacing the moodlets "TragicClown", "Nauseous" and "Terrified" in the "kPotentialTravelBuffs value" line and replacing them with the moodlets "DuckTimeFun" and "GreatKisser". To use this, install the file "ancient_portal_5%_positivemoodlets" instead of any of the other two. If you install this file, this will make the LLAMA give you either the "Duck Time" or "Great Kiss" moodlet (they are both positive moodlets) every 5 out of 100 uses instead of giving you the "TragicClown", "Nauseous" or "Terrified" moodlets every 5 out of of 100 uses.

The reason I chose the "Great Kiss" and "Duck Time" moodlets was because it simulates the weird mysteriousness that this ancient teleporter is supposed to have.

Don't install more than one of these files at the same time.

Resource & conflict info:
The resource that was edited to make this mod is called "AncientPortal+CatchABeam_0xc1e2140caeadafc6". This will conflict with any mod that modifies that resource. An incompatible mod would be anything that either modifies the moodlets you can get from the LLAMA or the modifies the chances of getting one of those moodlets from the LLAMA.

This has been tested with all of the Expansion Packs except for University and it I have found no EP conflicts or problems caused by this mod.

If you use the "ancient_portal_5%" file, this will replace the "Tragic Clown", "Horrified" and "Nauseous" moodlets with "Duck Time" and "Great Kiss". You will get one of those two moodlets instead of the default moodlets and this will happen just as often as the default chances which are 5% of the time.

The file called "ancient_portal_0%" is the one where you have a 0% chance of getting any moodlet at all.

The file called "ancient_portal_10%" is the one where you have 2X the chances of getting the "tragic clown", "nauseous" or "horrified" moodlets

Only use one at a time