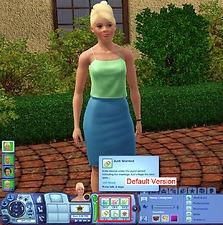 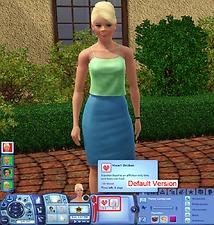 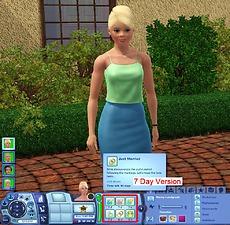 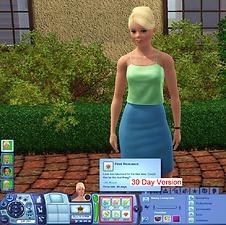 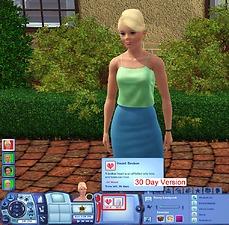 766 Thanks  Thanks     252 Favourited
Yes, I finally got around to updating to patch 1.67, so I've been able to update this. If you had continued to use this and you had upgraded to patch 1.67, it wouldn't have broken your game, but your Sims would have been unable to get any of the newer moodlets associated with the new patch.

This mod will change the time that various buffs will last in game. If you're like me, and usually play on Epic settings, having some of these moodlets last only a day is pretty ridiculous. This IS similar to the mod Rainbow Brite made a while back, but is updated to work with the newer expansions. (See technical notes below.)

I felt it was only fair that if the positive ones last longer, the negative ones should last longer, too. Plus I thought it was silly that a Sim would mourn someone's death for only a couple of days!

Only use ONE of these versions in your game - they will conflict with each other!


Available Versions
Each buff will last exactly this number of days:
I've also added several more flavors for the 1.55 and 1.63 compatible versions. These will be a multiplier of the default number of days for each buff.
If you want a different variation, you can change the specific ones that you want longer (or shorter), or let me know and I might be willing to make a custom one for you.

If there are other buffs that people feel might also be appropriate for me to add - even if they are expansion specific - you can always let me know and I may consider adding flavors for those as well.
During my testing I noticed that the Mourning moodlet kept the Sim in an almost constant state of crying, which is extremely irritating. Therefore if someone wants a flavor where the Mourning moodlet is at default, but everything else I list here is increased, I will be willing to make and post that additional flavor.
Compatibility
This mod was created with all expansions except Island Paradise and Into the Future installed. It shouldn't make any difference if you have that EP, however. Buffs from both expansions are listed in the XML file, I just didn't change any of them.

This mod was originally made with patch version 1.50 (EDIT: updated for 1.55 and 1.63), but will break if any new buffs are added in a patch or expansion pack and will need to be re-uploaded. (The mod may work, it's just that any new buffs that come with the EP or patch may end up not being usable if you have this mod.) In that case I will update it, but if I do not, anyone else can please feel free to make an updated version.

Rainbow_Brite previously had a version of this mod, but her version hasn't been updated since Generations, and is missing many of the current moodlets available from Supernatural, Showtime, University, Pets, and Seasons. This means that if you have her version of this mod, those moodlets are unavailable to your Sims. I was using her mod, and when I removed it, I was very surprised to see - when using Twallan's Master Controller to see available moodlets - that there are probably twice as many moodlets available now than there were when Generations came out. (I couldn't see them with RB's mod installed, and my Sims have never gotten any of those moodlets; I was only able to see them on the list once I removed her mod.)

Her mod is also missing some lines even in moodlets that existed earlier, specifically the code for each moodlet labeled "SpeciesAvailability". This causes problems with any non-human Sim, whether a supernatural race or a pet. (Werewolves cannot transform if you are using her version of this mod, fairy auras don't work, the moodlet for low magic won't appear, and others.)


I discovered while testing that all of the negative moodlets I was modifying cannot be added manually to a Sim until that Sim has experienced at least one heartbreak. I had to actually run a scenario where this happened. You can use Master Controller to add any of these moodlets once the Sim has experienced at least one form of heartbreak. I was unable to add any of them to anyone until I had Geoffrey cheat on and break up with Nancy, although fortunately I never had to have anyone actually die in order to add the Mourning moodlet to Nancy after that. Just an odd note that I thought I might mention.

Additional Credits:
Rainbow_Brite for the original mod
Twallan for Master Controller (which allowed me to add moodlets manually so I could test out the times, and which is in general a most awesome mod)
The makers of S3PE because without them, these mods would be much harder to do!

See: Game Help:TS3 CC Basicswiki for a full guide!
Back to download view
49 Comments / Replies (Who?)