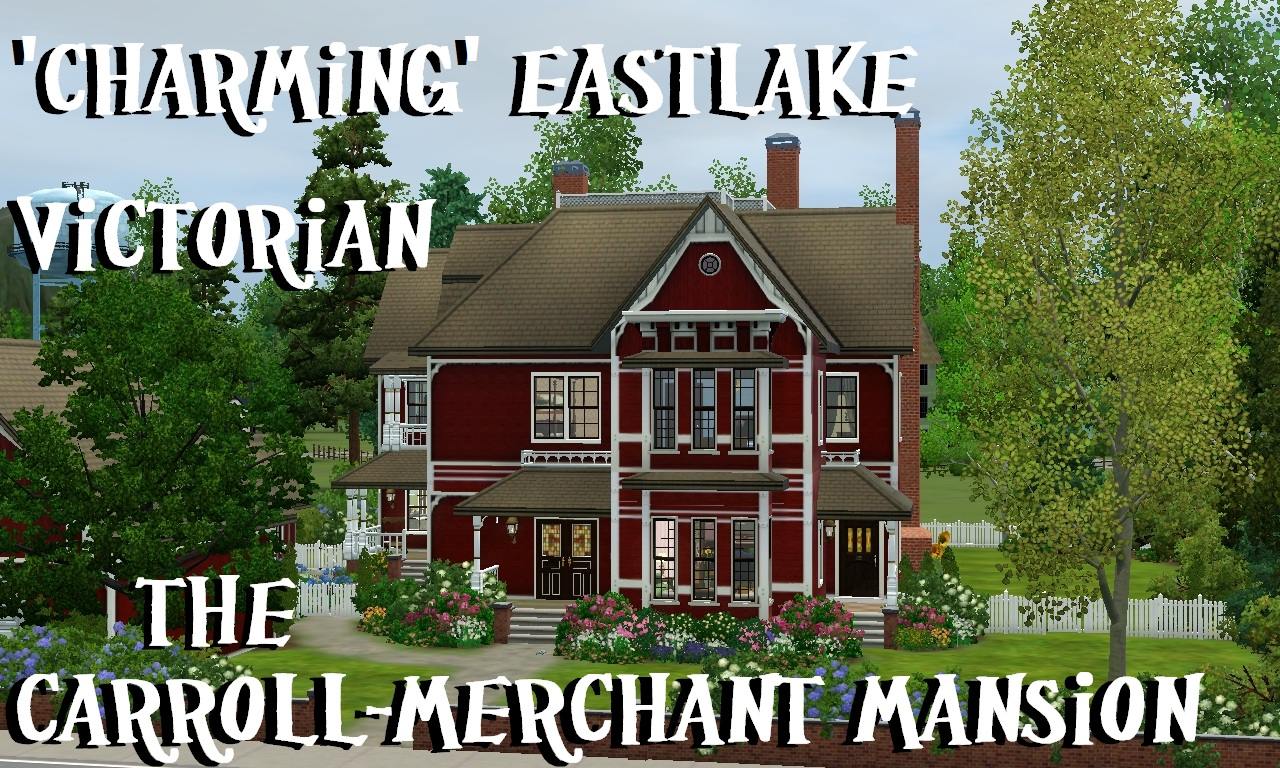 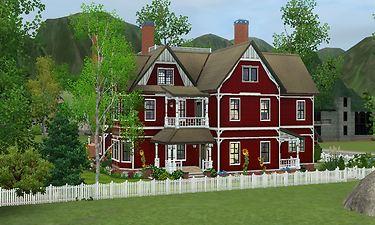 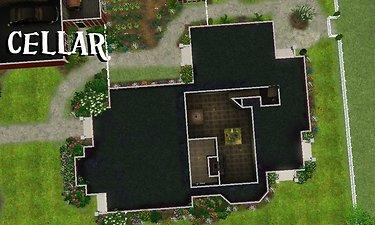 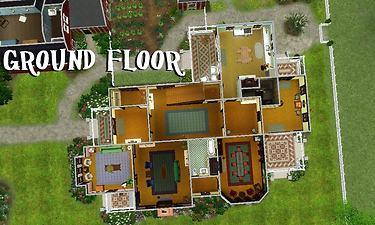 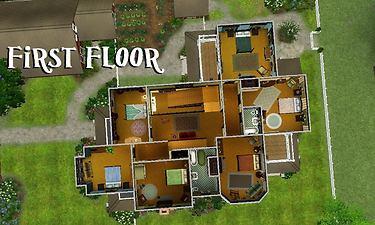 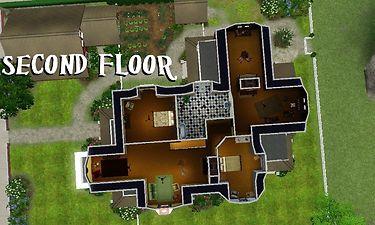 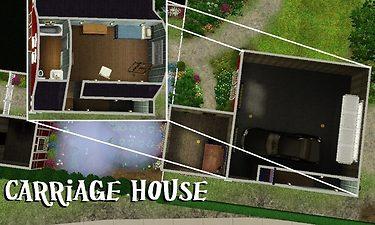 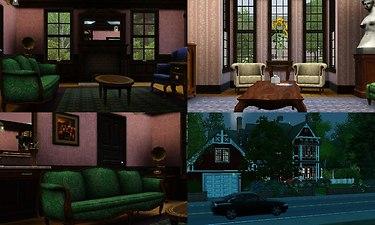 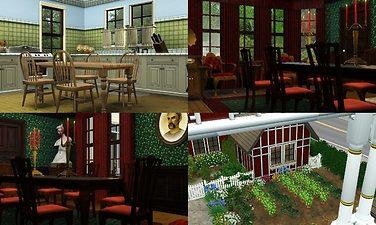 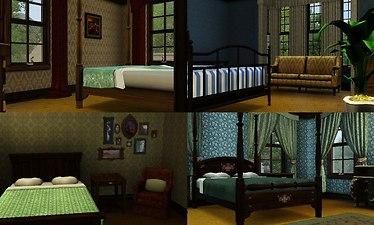 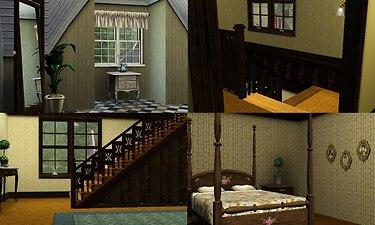 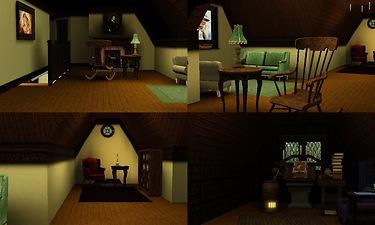 2,587 Downloads 260 Thanks  Thanks 70 Favourited 30,867 Views
Personal Picked Upload! This is a personal favourite of the creator!

Created by Ferguson Avenue
View Policy / About Me View all Downloads
Uploaded: 27th Jul 2013 at 5:07 PM
Updated: 26th Nov 2017 at 8:52 PM by Fergus' Mind
The Carroll-Merchant mansion is one of the Jewels in Moonlight Falls’ Victorian homes. Unlike its older sister; Knott Cottage, the Carroll-Merchant mansion is one of the most pure examples of Stick Eastlake Victorian architecture there is. While the house commands quite a presence with its elaborate facade, the interior has maintained a more humble role as a family home rather than an art exhibit. However the family that called this place home were not your regular family, unless you’re in Moonlight Falls itself, then they were as normal as pretty much everyone else, as they were a family and coven of witches. The family/coven that built this house was the Carroll family, and for many years they called it ‘home’, until one day they sold the house and moved further west/south-west to Los Angeles. The Merchant family then bought the mansion and painted it the colour it is today. The Merchant family have then remained in the house ever since. Although the family was another branch of the Carroll witch coven, the Merchant family/coven were far more entrepreneurial and so greatly aided the prosperity of Moonlight Falls. Hence why their name now partners that of the Carroll family in the name of the house, and also why the street it is located on is called ‘Merchant Way’. 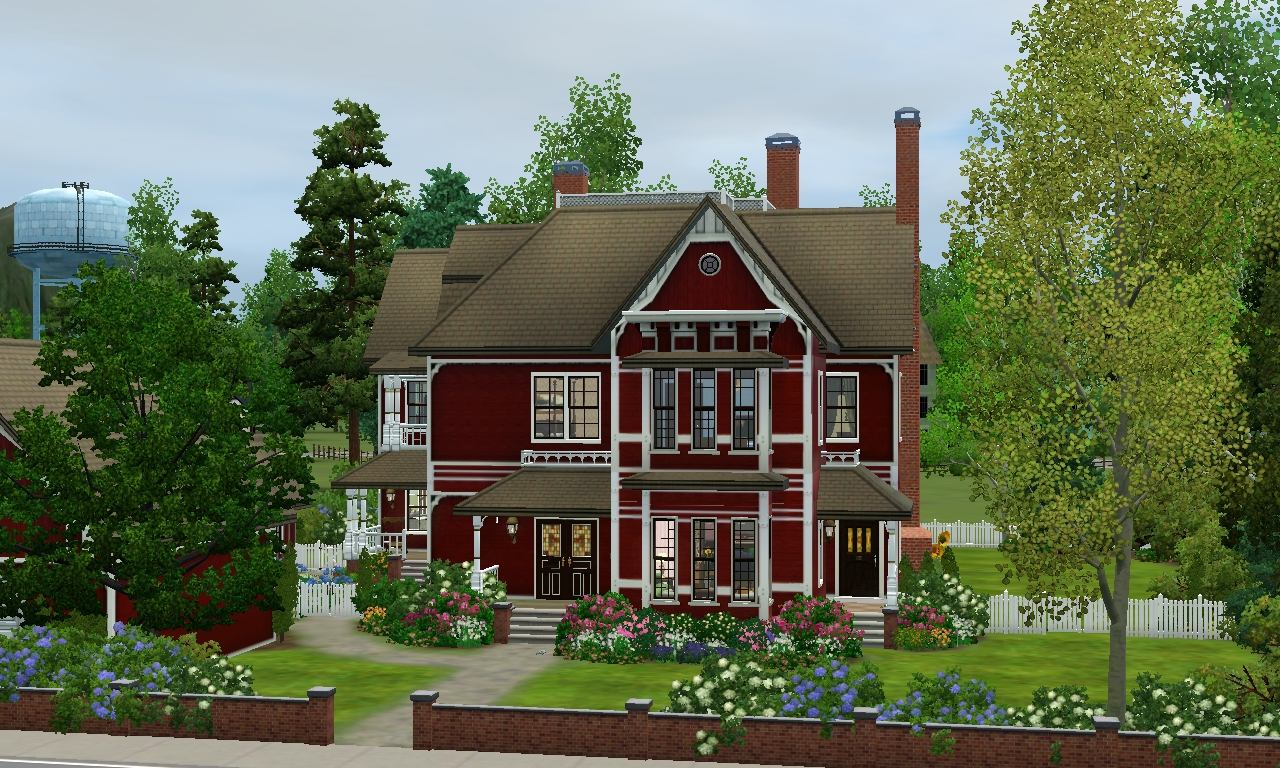 Most of you will probably be able to recognise which house inspired me to create this house. Many of you will know from the tv show ‘Charmed’ as the Halliwel Manor. Few of you will know it by its true identity; the Daniel Innes House, at 1329 Carroll Avenue in Angelino Heights, Los Angeles, CA, built in 1887. It’s actual interior is a lot more lavish, if more compact, than the film set made up for the tv show. Originally I wanted to build this as a recreation of the Daniel Innes House, rather than the Halliwel Manor, but I soon found that Allen92909 had already done this, and it looked very true to the original. So, on the brink of scrapping my version, I decided to gut it and make it my own, and so from those ashes, this spectacular Phoenix rose. One of the main reasons that attracted me to recreating the Daniel Innes house was that it is such an iconic example of the (Stick) Eastlake Victorian style. This is a style that can be seen in both architecture and furniture. 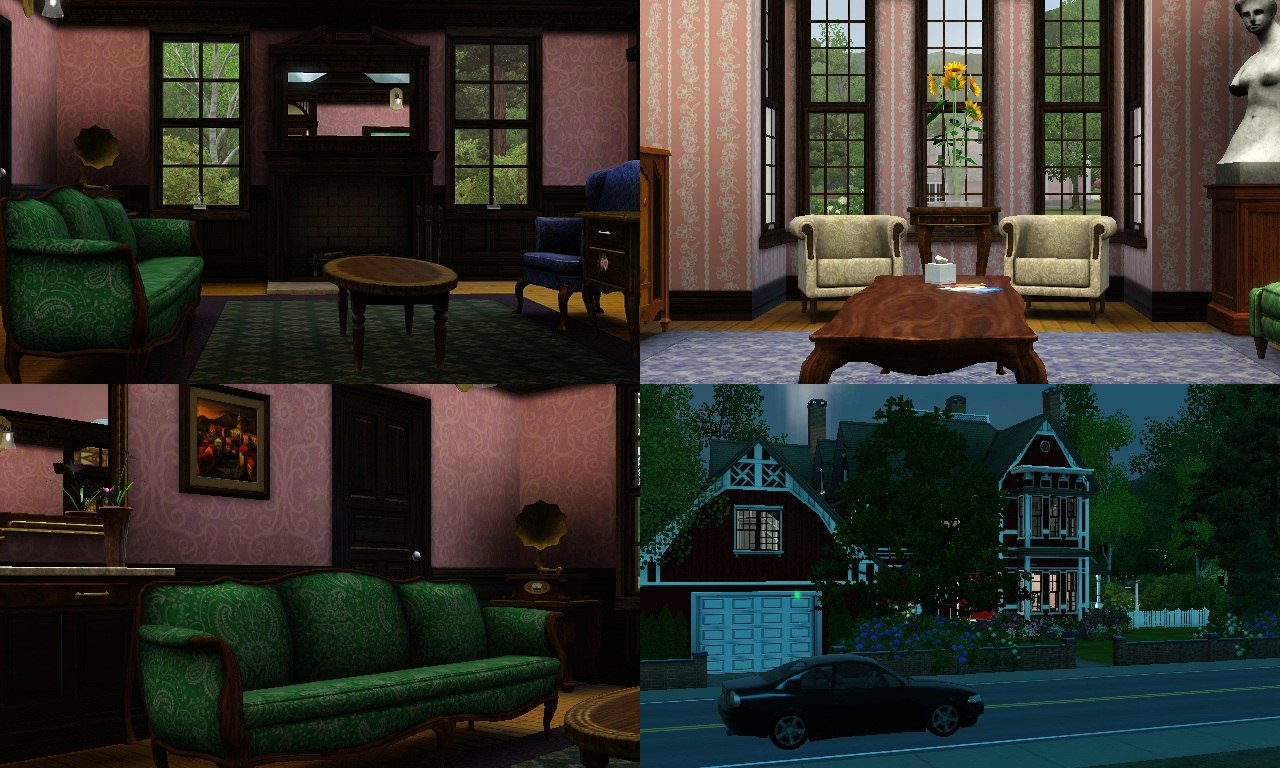 Lot Info:
Built on a 40 by 40 lot on Merchant Way in Moonlight Falls, this house costs 223,598 Simoleons furnished and 158,971 Simoleons unfurnished. All the fireplaces have been upgraded to be fireproof and the kitchen garden is fully planted with all the plants that were available. A lot of CFE (ConstrainFloorElevation) was used and so I advise against making any structural changes. 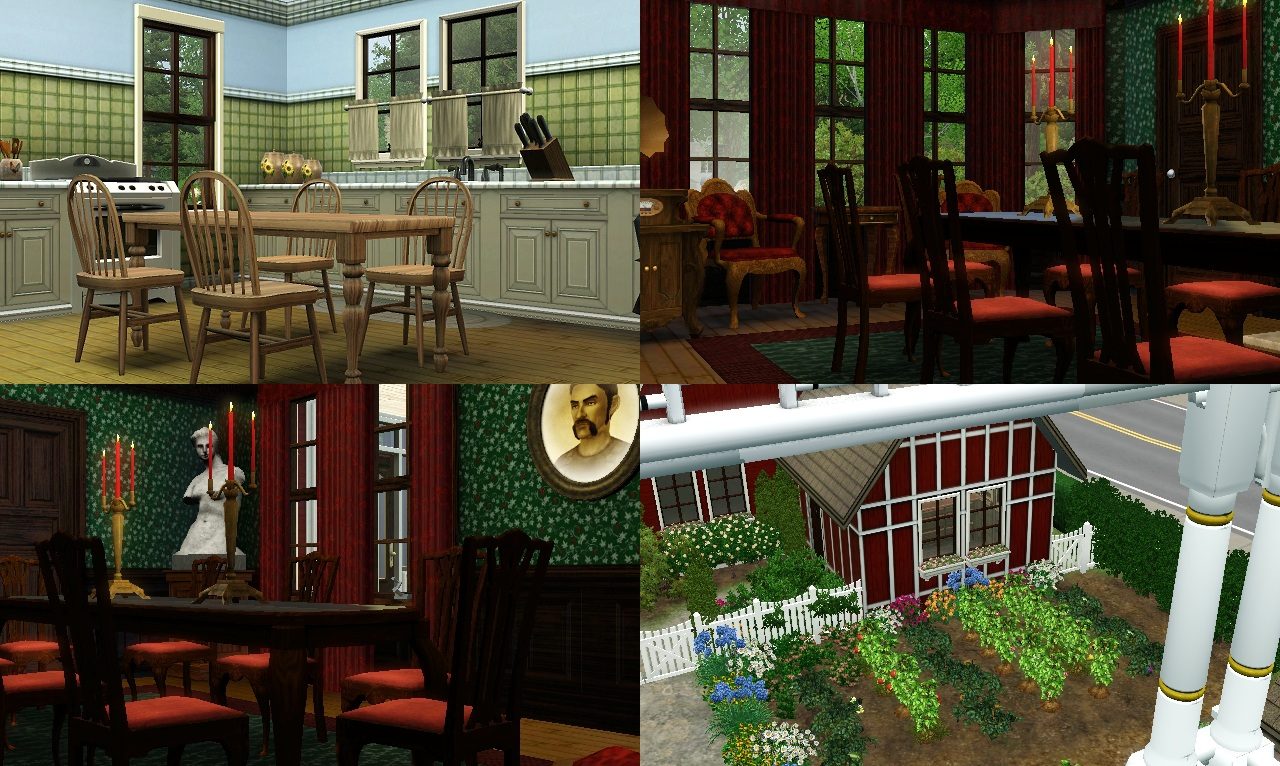 I hope all you old house lovers will appreciate this creation and I hope you are all enjoying our trip back into the history of Moonlight Falls and the homes and places that were born there.
The Moonlight Falls Collection:
Moonlight Bungalow
Huckleberry Cottage
Goose Cottage
Knott Cottage
Moonlight Ballroom
Falls Peak Cottage
Charming Eastlake Victorian(The Carroll-Merchant Mansion)

I have spent many, many hours creating this lot, far more than I would have liked, and so I hope you will all enjoy the fruits of my labours. More pictures of the lot will be available in the comments section.

Additional Credits:
All those that helped me create this house over at CFF; especially SimmyRN and lulume, all the comments and feedback really helped drive this project on to what it is today!
And also to magicdawn over at TSR, without your hard work I doubt I would have ever built this house, thanks!
Files Need help with downloading or installing content? Click here!