Spring it On - Cutsie Dresses for Your Big Little Girls 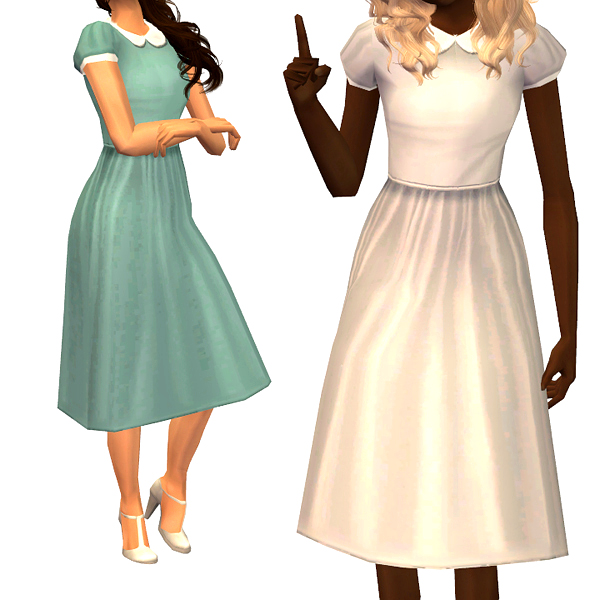 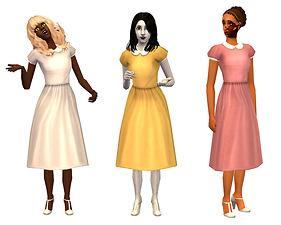 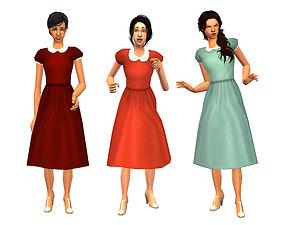 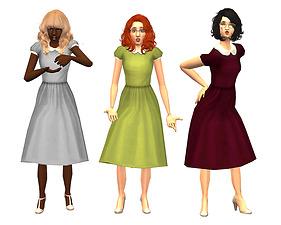 16,122 Downloads 759 Thanks  Thanks 134 Favourited 39,916 Views
There is an update available for this mod! Last downloaded: , creator last updated:
Picked Upload!   This is a picked upload! It showcases some of the best talent and creativity available on MTS and in the community.

Created by Eltanin View Policy / About Me View all Downloads  Tumblr

So way back on the 14th Trapping shared a followers gift which included an adult conversion of my Spring it On dresses on her livejournal. Yea, I'm slow and found them twelve days later.
Geez peeps, and you'd think I'd have been the first to know, hmph. :P

Well anyways, after seeing that someone had converted one of my creations I first, totally flipped out, then I did a happy dance and downloaded them. After that I proceeded to totally love them, boots and all, and then finally I realized I needed less pastely colours and different shoes (because sadly, not every sim can rock the dress and boots look).

So I took one of my favourite sets of Sentate heels and slapped them on (cause I can shoe-swap now, aw yea.) then CuriousB-ified them. After all that was done I noticed the collar needed some tweaking so I threw that in too. Progress my friends, it happened here last night all in one night...and now I give you a download! 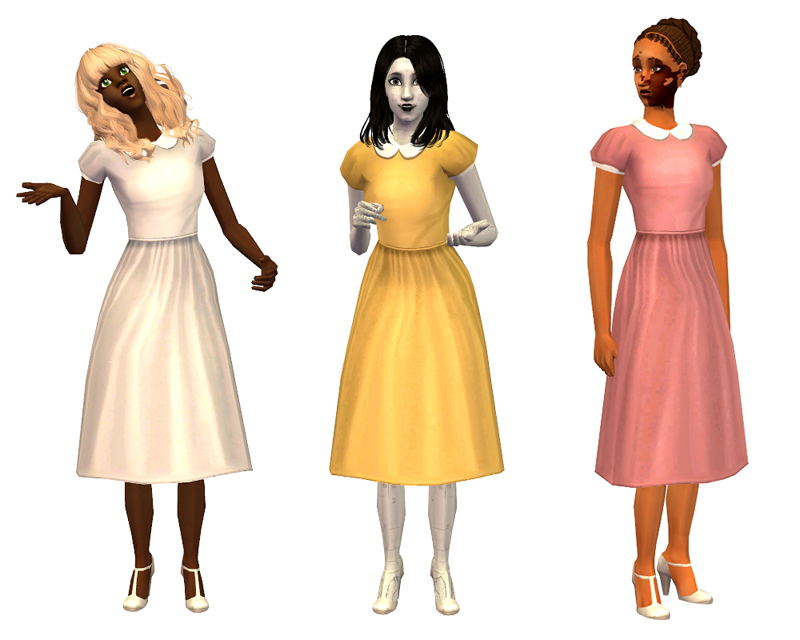 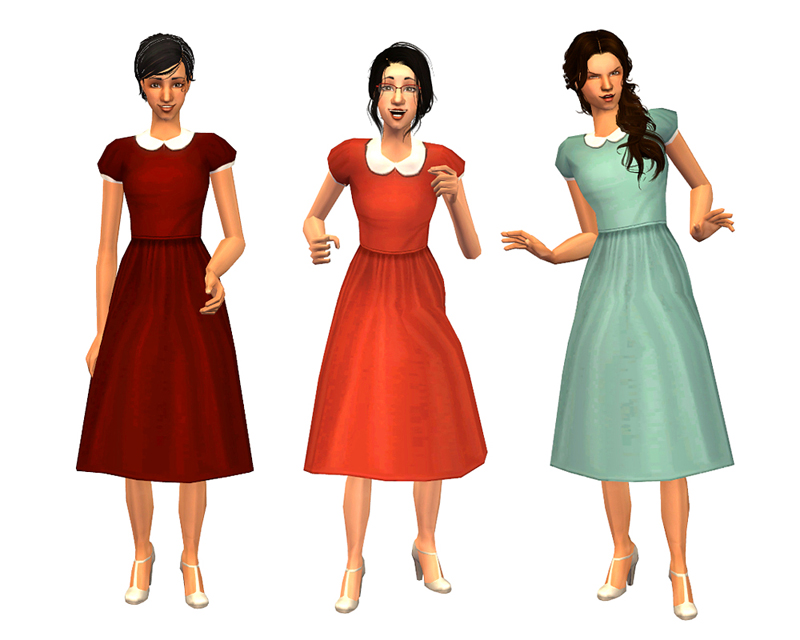 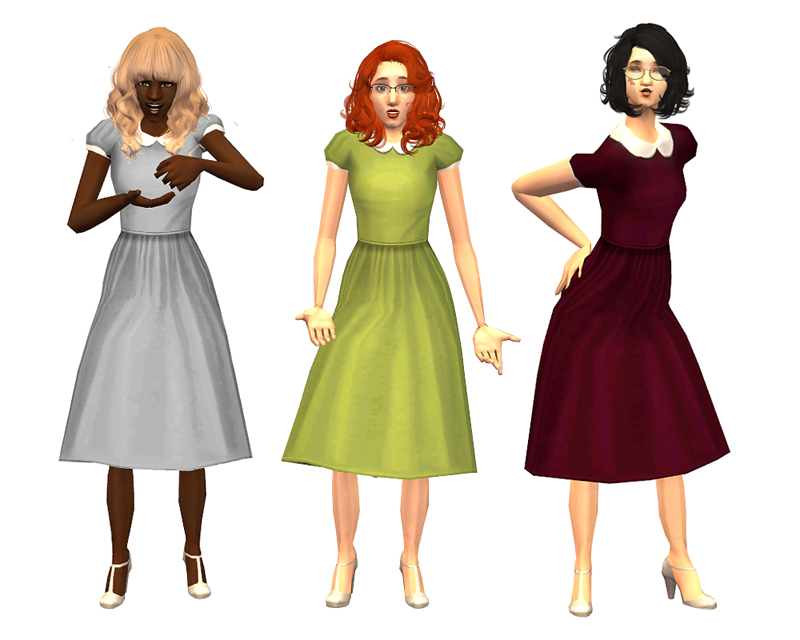 They come in six of CuriousB's colours and I added a grey, white and red version to go with the set (full rainbow all the way!).
Shoe-swapped mesh is by me and is included in the package.

Additional Credits:
Trapping for the conversion.
Sentate for the shoes.
CuriousB for the colour actions.
Other Information


For More Downloads, drop by my LiveJournal
I do NOT take requests (sorry, I just can't handle the mind boggling quantity of them!)