Charm Estate - A tomb-like adventure for your simmies! 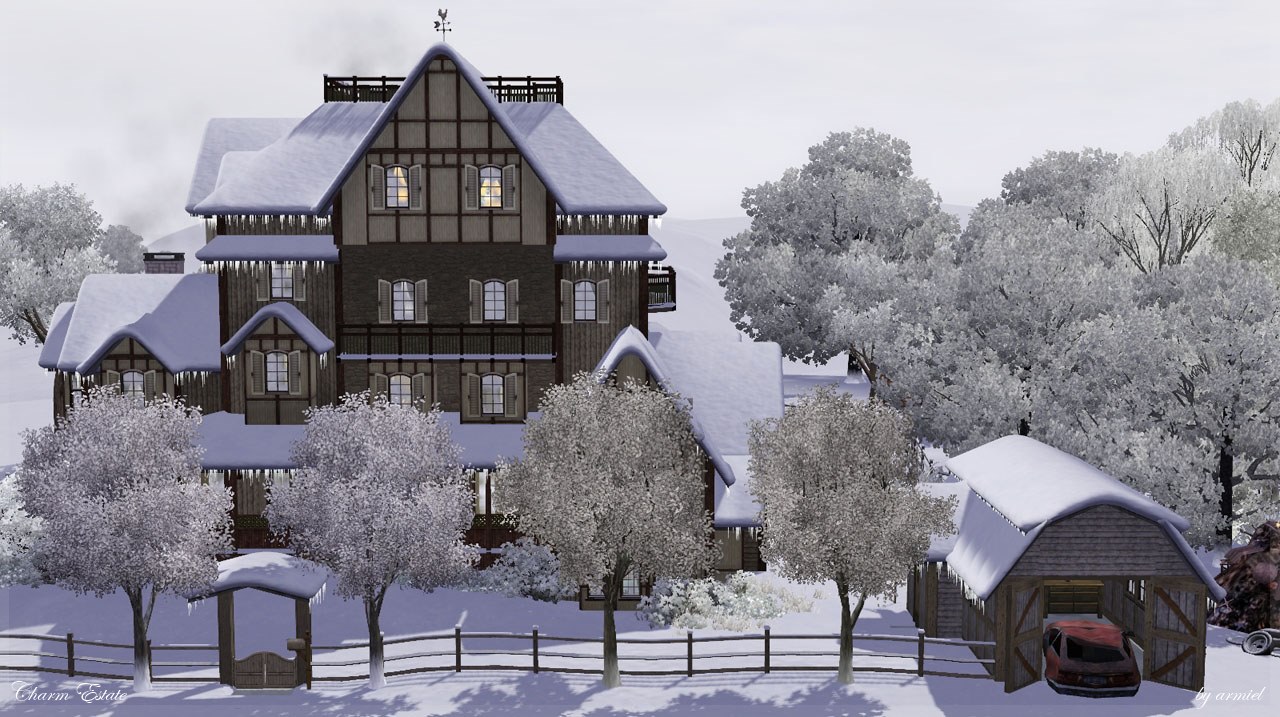 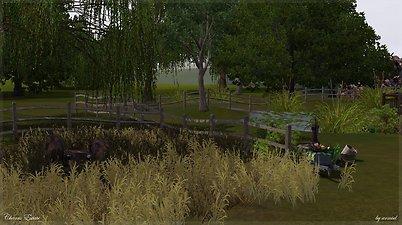 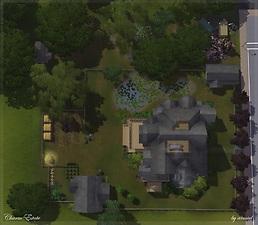 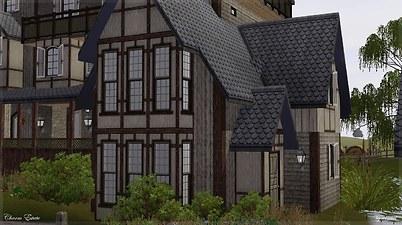 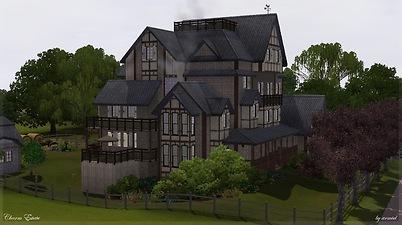 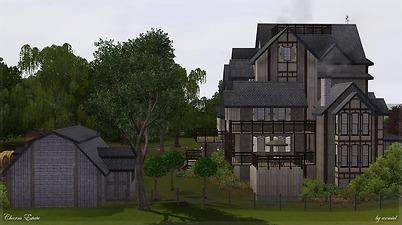 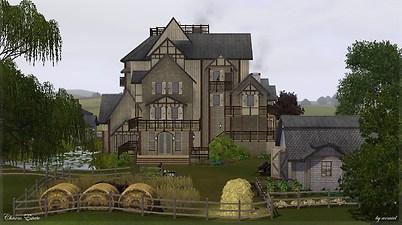 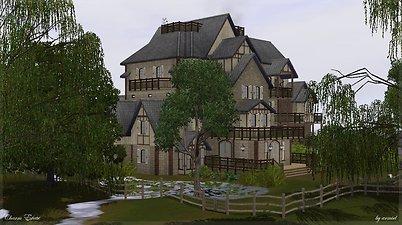 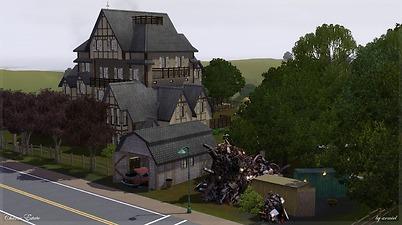 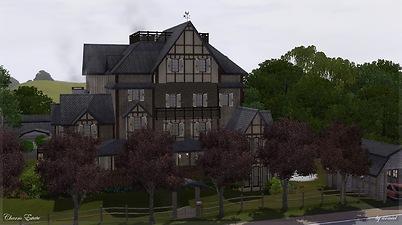 4,656 Downloads 416 Thanks  Thanks 190 Favourited 81,931 Views
Featured Upload!   This is a featured upload! It showcases the best talent and creativity available on MTS and in the community.

Created by armiel
View Policy / About Me View all Downloads
Uploaded: 10th Aug 2013 at 9:48 AM
Updated: 7th Sep 2013 at 2:01 PM - Performance edits
Performance alert!!!
This lot you're about to see is HUGE, and thus it should not be played on computers that can barely run the Sims to begin with! Seriously, don't take this warning lightly. I will not be held responsible for fried-out hardware!

Since 1534 when Charm Estate was built, the Charm family has lived there generation after generation. But now the last member of the family has died, and the house is looking for new owners. The task is not so simple, and it has been said, that only the most patient seeker can find out all the secrets of Charm Estate. Or even find their way in... Charm Estate - A tomb-like adventure for your simmies!
Well, not really a -tomb-, but a lot of WA triggers and such have been used in the build of this lot.

Charm Estate was built 1534 on a hill top, long time before Twinbrook even existed. The Charm family who built the lot, have inhabited it since, and only lately has the house been empty, after the last member of the family died at old age. They hadn't named a heir, so the government put the lot on sale, and it has been looking for a new owner for almost a year now.

It has been said that the lot holds many secrets, but no one really knows if that is true. Maybe you're adventurous enough to find out?

I've updated the lot since it was uploaded, please see the change log down at the bottom of the page!

How to play?
As this lot is a "tomb" there are a few things I'd like to raise up.
Note about evil doors and gates
Since this lot is meant to be playes as an adventure, the ability to unlock gates and doors ingame really pisses me off. But if you don't wanna spoil the "order of things", keep the doors and gates locked till you find the "official" way to open them, okies? :D

I shall repeat this just incase you missed it at the top...

This lot is HUGE, and thus it should not be played on computers that can barely run the Sims to begin with! Seriously, don't take this warning lightly. I will not be held responsible for fried-out hardware!

I do have a sad that I had to tell myself to not place bushes and more detailed paint everywhere. Yes, there is a reason why the landscaping might not be as "armiel" as you're used to. This lot is filled with so much stuff already, adding the amount of bushes I would have wanted would have probably been a killer to even a better PC. *sad face*

When you first load the lot, some (or a lot of) textures may show up gray, because they have not loaded yet. This can also happen when you go outside the lot and back in, though in smaller scale. Just give the lot some time.

There are a couple of triggers in the lot, when used may cause the game to freeze temporarily (this happens on my medium spec PC). It's nothing to worry about, lasts max 15 seconds for me, depending on your specs the time may be a bit more or less, or it may not freeze at all. Just let the game do it's stuff in peace!

If you want to edit the lot, I must also warn you, not to be to hasty/fast with things you do. Take your time, work in peace, and it should be just fine.

About building the lot
This has been under works for almost a year now. I posted first pics early September 2012... That's is probably the longest I've ever worked on a single house! But I had my reasons for delays too...

The CFE killing patch broke the house once, I had to redo all the elevations, and after that I was fixing broken haunting ceiling tiles. Once I thought I got them all, but they keep coming back at random load-ups of the lot, so I dunno, there might be those, and for that I'm sorry.

The lot is not really meant to be lived in, all though it has full support for it. But it is a very heavy lot, so if you wish to live on it after unlocking all rooms, you might want to hide some up again to reduce the strain on your system. You will need to use following cheats to do so:
Open cheats console by hitting Ctrl+Shift+C and type in
TestingCheatsEnabled true/false
Buydebug on
RestrictBuildBuyOnBuildings off/on
(hit enter after each line and reopen the console

Required games and patch
Built with patch 1.50.
Requires all EP's until Pets, with it included.
I do have all EP's/SP's except IP installed, but I could swear I only used the listed content. Despite the snow on the main pic, Seasons is NOT required!

Lot size and prices
60x60
337186 Furnished
135009 Unfurnished
Built in Twinbrook, on 16 Wandering Heights Road. The surrounding landscape matches the lot, but you can place it on any flat lot of the appropriate size.

CC required, not included
My Build Set Basic Columns, you can get them here if you didn't have them already!

Big thanks for the creators of these mods!

There are a lot more pictures in the comment posts. I want to warn you though, that three of the posts will spoil the "tomb" if you look at the pictures. Therefore I have added a big SKIP THIS POST IF YOU DON'T WANT TO SPOIL THE "TOMB"!!! warning to those posts. If you see it, scroll faster! :D

Thanks, if you read the whole post, and happy simming!
If you didn't, back to reading with you! It's not really THAT TL/DR...

Description: Since 1534 when Charm Estate was built, the Charm family has lived there generation after generation. But now the last member of the family has died, and the house is looking for new owners. The task is not so simple, and it has been said, that only the most patient seeker can find out all the secrets of Charm Estate. Or even find their way in...

If you need more info, see Game Help:Installing TS3 Packswiki for a full, detailed step-by-step guide!
Also Thanked - Users who thanked this download also thanked:
The Grand Chateau (No CC)
by pancake101
Oak N' Pine (No CC)
by pancake101
Villa Placida - NO CC
by Thanders
The Hobbit Hole (No CC)
by pancake101
Depths rising - Lair of the Sea Witch
by Crowkeeper
Melody Farm - Live off the land!
by RocketJane
Old L.A.: Seedy Hotel (Starter)
by Flora2
Cabin At The Lake (No CC)
by pancake101
The Tipton (3 bd/2 ba)
by FakeHousesRealAwesome
Rockford's Final Form - 9 BR, 10 BA
by CarlDillynson
Back to top